It wasn’t so much that this was a short-measure concert (70minutes of music) – quality before quantity at all times – but ashapeless and unrelated one: a relatively short violin concertoundermined by a much-longer and extravagant vocal and choralsymphony. For the sake of five minutes, Delius’s On Hearing theFirst Cuckoo in Spring would have been a seasonal scene-setter(there are numerous ‘Spring’ pieces) and provided some contourand symmetry to the programme as a whole. 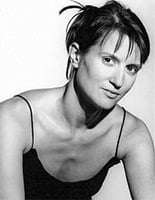 And so Viktoria Mullova started the concert ‘cold’, literally sogiven the solo violin begins Prokofiev’s Second Violin Concerto, athree-movement affair, lyrical and often touching – if less sohere in a performance lacking variegation (and seemingly amute on Mullova’s violin until a member of the LSO came to therescue!). As a work central to her concerto repertoire, Mullovaplayed with seasoned identification and technical rapacity (thatshe played from the music is now standard for her) but fantasyand innocence were overlooked for something ‘black and white’and ‘up and down’. The music’s rhythmic profile was vividlyedged, phrases given without exaggeration, yet tenderness wasin short supply, and the finale was pushed along relentlesslyeschewing the humour that can be found in it. Orchestra andconductor played their part sympathetically but the piece palleddue to a limited response to it.

First performed in Amsterdam in 1949 conducted by Eduard vanBeinum (there’s a recording of this) and with a second that yearin Boston under Koussevitzky, the work’s commissioner,Benjamin Britten had struggled to complete “Spring Symphony”;a combination of other pressures of work as well as ill-health. Aswith just about everything from this composer, the finishedresult is immaculate if, here, sometimes precious. Conversely,the music (setting Spencer, Nashe, Milton, Herrick, W. H. Auden,Blake, and others) is often rapturously beautiful, sometimesdeeply felt, brilliantly inventive if not quite adding up in‘symphony’ terms. 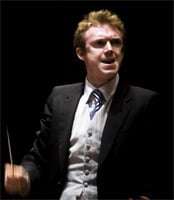 This performance was mostly excellent, Daniel Harding and theLSO fully revealing of Britten’s effects, the conductor with a fulland firm grasp of all the work’s entreaties, not least the‘unfreezing’ of the opening bars, the London Symphony Chorusimmediately catching the air with singing of wide-rangingdynamics and meticulous staccatos reminding of dripping water(and, later, some remarkably hushed contributions). This was aseasonal-change of no little tension and pain, Mark Padmoreintroducing ‘The Merry Cuckoo’ as a bright-toned clarion. Allthree soloists were outstanding, the two ladies very much insidetheir particular texts and radiating outwards with their projectionof them and the tenor demonstrating an enviable poise andclarity of syllable. The members of Tiffin Boys’ Choir made anoteworthy contribution, either singing or whistling (all frommemory).

Individual settings linger in the memory – Susan Gritton’scontribution to ‘The Driving Boy’ (first movement), SarahConnolly’s eloquence in ‘Out on the Lawn’ (slow movement) andPadmore’s dexterity in ‘When Will My May Come’ (scherzo).Harding made an effective attacca to the finale, arguably theweakest but also the most exhilarating part of the work, mostly a setting of an anonymous 13th-century poem. Here Brittenintroduces the use of a cow horn, very well played and adistinctive timbre, if somewhat losing its appeal (the composer’smiscalculation); Harding built well to the spine-tingling (as it washere) entrance of ‘Sumer is icumen in’ (all the performers now inthrilling union) and the work closed with an almighty bang!