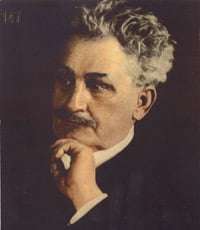 What a shame that the Barbican Hall was less than half full for this concert for there is no doubt that Janáček ranks as one of the great composers of his era, but a pairing with another, more ‘popular’, composer may have helped his cause and the box office.

It is surprising to remember that Sinfonietta is a late work of Janáček’s (it was written two years before he died when he was 72) for it oozes such joie de vivre. It was that sense of openness that Daniel Harding failed to deliver. The LSO’s playing (including the extra brass) was, on the whole, faultless; what was missing was a beating heart.

What Harding did provide was precision: ethereal fluttering was just that and brass fanfares were stately and poised. If there was an out-of-place sentimentality, the closing pages were glorious, with an ecstatic clamour that was remarkable, a testament to Harding’s determination in working at the piece. 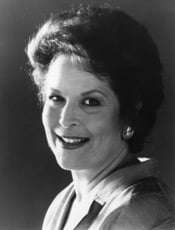 It is odd to programme an isolated act of any opera. Act Two (here sung in Czech with English surtitles) of Janáček’s third opera (his first operatic success) presents a self-contained and tightly-structured story: Jenůfa the ward of the Kostelnička (a mother-in-law from hell) is locked away because of the ‘crime’ of bearing a child (Števa’s) out of wedlock. Števa rejects Jenůfa and the child (he has fallen in love with another woman), much to the Kostelnička’s great shame and distress. Števa’s brother loves Jenůfa but does not want the child. This crystallises the Kostelnička’s thoughts: the baby is murdered, drowned in an ice-cold stream. Horrifying and psychologically pulverising stuff, especially when presented without distracting sets and directors’ whims getting in the way.

The glue for this performance came from Elizabeth Connell, who seems born to sing this part: her voice was biting and persuasive, and her stage presence captivating. Her glances and grimaces were utterly convincing, and whilst not at all a sympathetic character, she made the plight of the Kostelnička understandable. Angela Denoke provided contrasting innocence and vulnerability. Jenůfa’s prayer to the Virgin whilst her baby is being murdered was hauntingly beautiful.

Christopher Ventris presented an ideal gruff voice that would not find a home in Verdi or Puccini, whereas David Kuebler was more Italianate, somewhat out of place here. The interaction of the singers was welcome. Hearing Janáček’s music this way was beneficial given that its colour and nuance was directly communicative. Harding certainly knew the score and he was able to bring out its many facets: the tender moments of prayer or the palpable horror of murder.