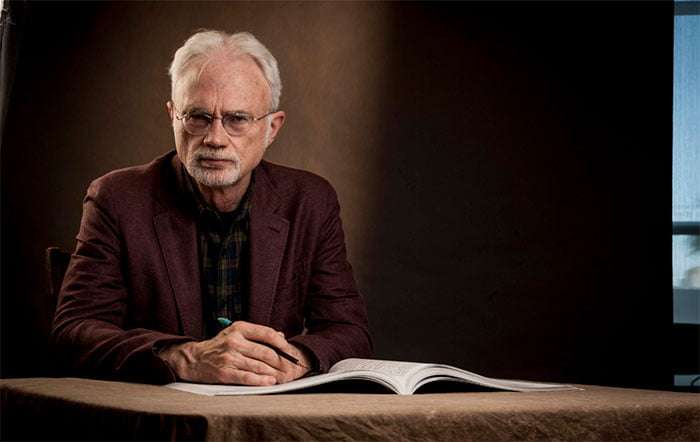 John Adams makes almost annual appearances with the LSO these days, and a measure of their rapport is the range of (normally twentieth-century) music which he includes alongside hearings of his (usually most recent) works – this concert being no exception; indeed Scheherazade.2 was performed only a year ago and also with Leila Josefowicz.

A first half consisting of Bartók and Stravinsky might not seem exceptional – yet the former’s Hungarian Sketches (1931), an LSO favourite of decades past, is infrequently revived today. Although playing down its rustic qualities in favour of deft sophistication, Adams relished the music’s evocative overtones; not least the insouciance of ‘An Evening with the Széklers’, the plaintiveness of ‘Mélodia’ and the mounting excitement in ‘Dance of the Urog Swineherds’ – for all that the closing bars of this latter piece sounded rather more deadpan than quizzical.

Despite being a staple of the modern ballet repertoire, Stravinsky’s Orpheus (1947) is seldom heard in the concert hall. This is a pity, as behind its outward inscrutability lies some of the composer’s most overtly expressive and radiantly scored writing such as unerringly embodies its scenario. Adams had the measure of it – finding the right emotional distance in the introductory music that returns as an ethereal apotheosis, while characterising Orpheus’s journey to Hades, and his reunion with Eurydice, with understated assurance. The only failing was too long a pause between dances, thus drawing attention away from the one crucial break in continuity when Orpheus fatefully sees Eurydice. The Bacchantes’ destruction of the hero, though, sounded as shocking – because unexpected – as it needed to be. 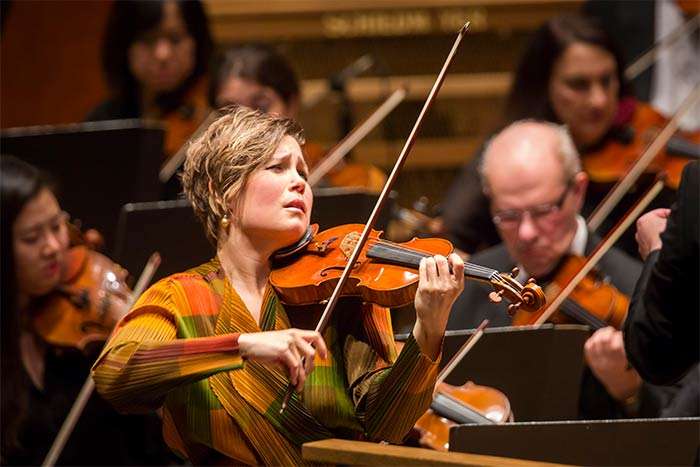 Scheherazade.2 (2014) is described by the composer as a ‘dramatic symphony’ in overall conception and a concerto in execution. Certainly the four-movement design feels as much a ‘symphonic suite’ as that by Rimsky-Korsakov which inspired it, for all that the narrative of Adams’s score emphasises the feminine integrity of its protagonist. How closely it can be read into the music is for each listener to decide, but the symphonic dimension is evident right from the first movement – an eventful if not ideally taut sonata-design whose contrasting themes are channelled into an extensive development and tensile coda. The ‘Love Scene’ that follows evinces some of Adams’s most imaginative and resourceful scoring, then the Scherzo is hardly less impressive in its intensifying confrontation as climaxes in explosive exchanges between soloist and orchestra. The Finale falls down through trying to bring matters polemical as well as musical to a head; with the succeeding of a Sibelian culmination by a Bartókian aftermath lacking the substance necessary to conclude so substantial an entity.

Indeed, at almost fifty minutes Scheherazade.2 does seem rather too extended for its own good – the first movement, especially, verging on the prolix – yet it held the attention and provoked over much of its length. It helped to have a soloist who, in Leila Josefowicz, has championed Adams’s music over two decades, and whose playing exuded all her trademark incisiveness and insight. The LSO similarly made the most of its intricate writing, suggesting this might prove to be among the more durable of its composer’s latter-day works.