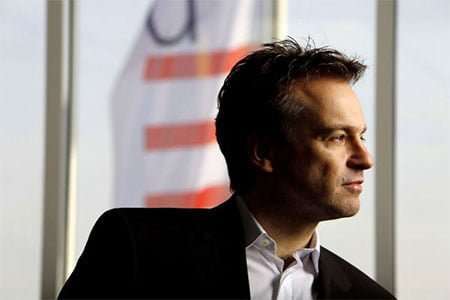 Although well-established in Germany and Japan, Englishman Jonathan Nott is still only an occasional visitor to London – so making this debut with the London Symphony Orchestra the more auspicious. In the event, neither the programme nor the performances disappointed.

Not that the LSO is at all unfamiliar with the Turangalîla-symphonie – Messiaen’s ambitious synthesis of carnal and religious love, having first given and recorded it with André Previn over 35 years ago, but it remains a tough assignment and one admitting of no false inhibition. Right from the ‘Introduction’, in its brazen and insinuating statements of the ‘statue’ and ‘flower’ themes – then an impulsive if not unduly headlong take on the gamelan-inspired episode that follows, it was clear Nott had a potent conception of the piece that the players were intent on realising.

At 78 minutes, this was a relatively taut and cohesive reading: strikingly (and rightly!) Nott eschewed those broader tempos for the sixth and tenth movements specified by the composer when he revised the work towards the end of his life – so ensuring that the beatific evolution of ‘Jardin de sommeil d’amour’ – in which the ‘love theme’ informing the work’s progress is first heard in full – never became somnolent, while the ‘Final’ brought matters to a head with an incisiveness such that its final outpouring of joy had no trace of grandiloquence. Not that the performance was bereft of its subtle emphases: the ecstatic passages of the two ‘Chant d’amour’ movements were elegantly phrased, the coda of the second one fairly melting into repose, while the third of the ‘Turangalîla’ movements unfolded with a poise that enabled its interweaving rhythmic layers – and hence its menacing atmosphere – to register with unusual clarity. Along with its respectively ominous and brutal predecessors it embodies the darker forces which undercut the music’s affirmation and open-out its expressive scope accordingly. 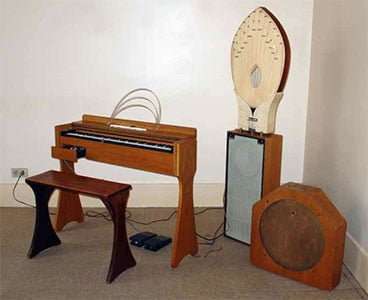 In the two most orgiastic movements – ‘Joie du sang des étoiles’ that rounds off the first half, and ‘Développement de l’amour’, there was no lack of visceral abandon, nor of impact in the way Messiaen’s singular handling of the orchestra (how many other works of comparable size dispense with timpani and have the double basses sitting idly for such lengthy spells?) was conveyed. If it was Nott’s decision to have the celesta and keyed glockenspiel placed at the front of the platform to the left of the piano and the ondes Martenot, it paid off handsomely: not least with Steven Osborne attentive to the piano part’s extremes of inward serenity and explosive energy, and Cynthia Millar proving once again a formidable exponent of the ondes – even if its forward placing clearly unnerved the more staid among the audience.

The concert’s first half had been less ambitious only in relative terms. Beethoven’s Second Symphony was given an imposing and forcefully projected reading (‘old fashioned’ in the most creative sense, and with antiphonal violins) that took in a weighty yet buoyant first movement, a songful Larghetto not without its searching asides, a scherzo with its droll and even deadpan humour brought out, and then a finale whose proto-Rossinian high-jinks were kept on a firm though flexible rein right through to its exuberant close. Both here and then in the Messiaen, Nott’s rapport with the LSO was undoubted.

Before the concert, a wind quintet drawn from students at the Guildhall School of Music and Drama (Jemma Freestone, flute; Rebecca Millard, oboe; Max Mausen, clarinet; Luke Tucker, bassoon; Stephen Craigne, horn) offered up a very different slant on French music from the mid-twentieth century. Both the affectionate medieval-isms of Darius Milhaud’s La cheminée du roi René and the urbane yet on occasion acerbic dialogue of Jean Françaix’s First Wind Quintet were rendered with verve though no lack of suavity when required. An appealing entrée, then, into what was to come.