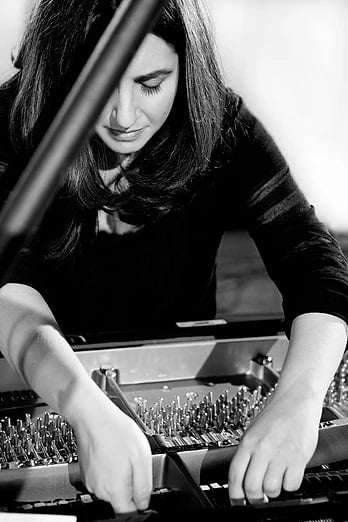 In a concert rather opaquely tagged “Divine Geometry” Kristjan Järvi’s avowed intent was to bring together, by way of their similar motivic insistence and defined chordal structures, music separated by over three centuries: Baroque and Minimalism. To that end, each half of the concert opened with a modern view of the Baroque.

Charles Coleman – a co-founder of Järvi’s Absolute Ensemble, but also championed by both Paavo and Neeme Järvi – composed his Handel Water Music homage Drenched and his Bach Inspired suite of four pieces in 2014. Of course, modernising the Baroque is not new – Thomas Beecham fashioned a ballet score The Great Elopement (also known as Love in Bath) in 1945 and Stokowski’s Bach orchestrations have a life of their own. Even after the musical hegemony of the period-practice movement, it’s good that modern composers can still be so inspired by the likes of Handel and Bach. Coleman’s short pieces offer wit and wisdom in his appropriation of the Water Music (the ‘Bourrée’ slowed down to change its spots from dance to chorale), while his two Bach adoptions (the B-minor Prelude and Chorale Nun komm’ der Heiden Helland) coupled with two original movements (‘Inspiration J. S.’ and ‘Branded’) that forms his Bach Inspired, afford more of the current century.

At the top of the second half Kristjan’s own Too Hot to Handel provided the most eclectic music of the concert, a thirty-five-minute suite of thirteen seamless movements that re-imagine music from Handel’s Concerti grossi for a modern symphony orchestra including bass guitar and electronic keyboard, though a restrained selection of percussion: mainly drums and glockenspiel. Much longer than I had imagined, Kristjan revels in pounding pedal notes and bright brass descants (Philip Cobb swapping between piccolo and standard trumpet with effortless ease), while a slower central movement fashions an eerie landscape of violin harmonics as background for Tim Hugh’s cello’s brittle harmonics. As one Handel refrain followed another – fugal strings; woodwind then keyboard chorales (John Alley); and percussionist Sam Walton in charge of the very Handelesque carillon – this might have outstayed its welcome, but ultimately this musical kaleidoscope was full of panache and good humour. An orchestra of the calibre of the LSO made its demands sound easy.

Kristjan likened the exact contemporaries of the Baroque – born less than 200 kms apart (Bach in Eisenach; Handel in Halle) – to the much closer geographical near-contemporaries from New York City Steve Reich (born 1936) and Philip Glass (1937). Glass’s Third Piano Concerto – a commission by twelve organisations – closed the first half, with dedicatee Simone Dinnerstein. In three continuous movements, which Jo Kirkbride’s programme note typified as “slow, slower, slowest”, Glass’s trademark rippling piano writing is accompanied by strings alone, but is nothing new here, not a single melodic line that breaks away from the cloying accompaniment; no grit or contrast for a musical argument to develop. It is perfectly mellifluous and inoffensive, ending in a meditation dedicated to Arvo Pärt, but I failed to find any spark of individuality in it. There was certainly more contrast and drama in the encore, Glass’s Étude No.6, but here the repetitions across the keyboard – starting at the outer notes and working to meet in the middle – quickly lost the attention and the sudden stop (almost in the middle of a phrase) couldn’t come quick enough for me. 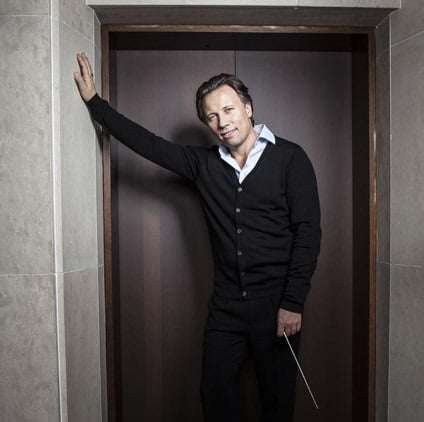 Completing the evening, Steve Reich’s first orchestral work for more than thirty years, a co-commission by six orchestras, which received its premiere by the Los Angeles Philharmonic under Susanna Mälkki, Music for Ensemble and Orchestra, before it goes on to Sydney (15 & 16 February, David Robertson), San Francisco (21 & 22 June, Michael Tilson Thomas) and Peenemünde, Germany (21 September, Kristjan Järvi conducting his Baltic Sea Philharmonic). The New York Philharmonic is the sixth commissioner.

At nineteen minutes, this is a compact work, fashioned of five interlinked movements, each with its own treatment of the basic tempo forming an arch in their sequential use of semiquavers, quavers, crotchets, quavers and semiquavers, as well as following a harmonic sequence, each a minor third apart: A-C-E flat-F sharp-A. Such is Reich’s skill that the movement divisions are invisible. His ensemble – backed by full first and second violins, violas and cellos, with four trumpets – are nine strings, pairs of flutes, oboes and clarinets, two vibraphones and two digital keyboards (a change from LA, which featured two pianos), which he imagines as a horseshoe within a horseshoe. Using his orchestral forces sparingly, and often carefully just a few desks at a time, Reich’s melodic thrust is on the ensemble, which passes melodic threads between solo instruments, with the paired keyboards and vibraphones working – as expected – in teams. There is both constant movement but also constant timbral variation to effortlessly mesmerise in its intricacies. It’s a winner!