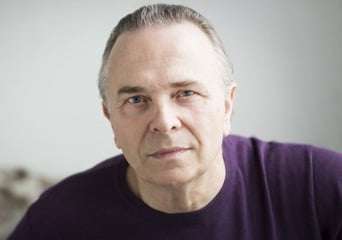 For his second LSO concert this week – what you might call Mark II – Sir Mark Elder offered an unmissable programme.

World War One links much of this music. George Butterworth was killed in action on the Somme, Viennese-born pianist Paul Wittgenstein lost his right arm in battle – so Ravel wrote for his left – and Ralph Vaughan Williams’s Pastoral Symphony is his requiem for the conflict, the so-called “Great War”.

Butterworth’s Housman-inspired Shropshire Lad (Rhapsody, 1912) was breathed into life on the barest of sounds, a reverie of nostalgia. Such captivation was disturbed by overblown trumpets, however, and one might feel that Elder was a tad too spacious in his approach, although there was no doubting the warmth, eloquence and sensitivity of the performance, the music glowing in sound and aching with regret, conveying spirit of place and deep-rooted sensibilities.

Elder had the eight double basses positioned in a line at the back of the platform. It looked impressive; more importantly it released a low-frequency foundation that the Barbican Hall tends to stifle. On this occasion, these instruments – guest-led by Dominic Seldis (principal bassist of the Royal Concertgebouw Orchestra) – carried unencumbered. 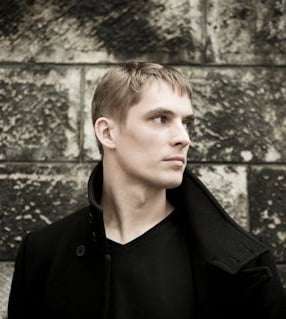 As a stretcher-bearer Vaughan Williams experienced directly the horrors of World War One. A Pastoral Symphony (1922) is wonderful as music but it self-evidently expresses the composer’s exposition of events and his exorcism of them. Some people regard it as the greatest of his Nine Symphonies, and I am not arguing, save that all of them are pretty marvellous.

The spectre of greatness hung over this performance, the music – in its quiet way – opening a floodgate of feeling and touching raw nerves. Indeed it became unbearable in its soul-baring. Not that Elder encouraged anything beyond the innate, the first movement ebbing and flowing as it should, and given with sympathy and with spontaneity, enough of the latter to suggest that Vaughan Williams splashed his pen at the pages and the work took shape there and then. If some will scoff that A Pastoral Symphony has four slow movements, then it’s not accurate anyway (although there is nothing quicker than Moderato), and the three that are radiate very different personalities. Here the second seemed shell-shocked. What a combined colour viola and flute make, and there was some unbelievably rapt string-playing. Philip Cobb’s solo on the natural trumpet (played standing adjacent to the basses) was a thing of wonder.

The third movement, marked Moderato pesante and effectively the work’s Scherzo, was suitably heavy, and also with shadows and sear, and a frisson of folksiness, with the scurrying Presto final section like feathers transported on a light breeze. Then it was straight into the ominous timpani roll that opens the Finale, over which a far-away soprano vocalises a lament for those fallen on the Fields of France. Louise Alder (replacing Elizabeth Watts) was given a telling perspective from behind the stage’s back wall (its door slightly ajar), she was a model of numbed expression, and just when you might think that Vaughan Williams can’t possibly devastate the listener any further, he does, with music from somewhere deep within himself – from the heart to the heart – which grows in animation and to a climax, but the girl returns, still mourning.

This was a very special rendition of a remarkable piece, Elder and the LSO communing with Vaughan Williams’s music, he with then-recent tragic and haunting history. As Hans Christian Andersen said: “Where words fail, music speaks” – I am not sure I have done justice to what I heard, which was draining and mind-warping yet also offered solace through compassion. 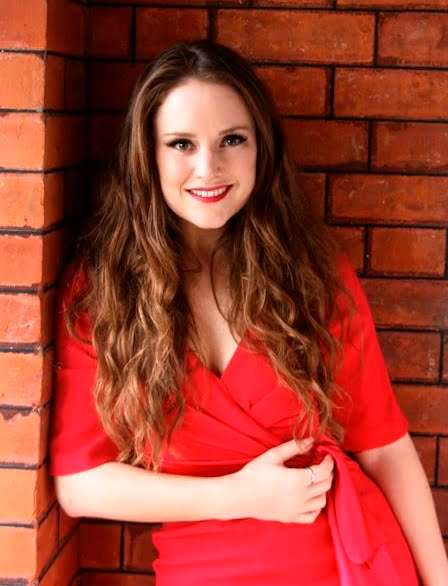 This was a programme of masterpieces. After a much-needed interval, Ravel’s Left-Hand Piano Concerto (1930), at the polar extreme to its contemporaneous (jazzy and salon-esque) G-major counterpart, found Cédric Tiberghien as the probing soloist. This is Ravel without insouciance and wistfulness, the colours are dark and the sensations are naked. Tiberghien and Elder were agreed that there is nothing frivolous here, that the music is powerful, serious and regretful. From the murky depths, a contrabassoon in the limelight, Tiberghien’s first entry was magisterial and soon became bittersweet. Outbursts from him, and from the orchestra, were generated from within, and if Tiberghien missed the odd note, his inborn connection with the music was irresistible; the central march section was suitably macabre. The intricate cadenza (Ravel’s writing covers the whole keyboard) was slow-burn, given with rare poise and intimacy, and the orchestral pay-off was as dogged as it needs to be.

This richly persuasive account was followed by a thoughtful – linking – encore, ‘La Cathédrale engloutie’ (The Engulfed Cathedral), the Tenth of Debussy’s Book I Préludes. Tiberghien, pictorial and poetic, built a parting-of-the-waves climax, and in its wake the building seemed even more submerged.

Finally, in this concert and a half, La mer, which the LSO is a distinguished chronicler of – conducted by such as Boulez, Celibidache, Colin Davis, Haitink and Pappano. Once the LSO settled, Mark Elder’s way with this miraculous score can be spoken of in the same company, convincingly paced and beautifully balanced throughout. The clock ticked perfectly to get us from ‘Dawn to Midday’ in the first movement; there was liveliness and passion in ‘Play of the Waves’; and the ‘Wind and the Sea’ of the last movement dialogued thrillingly, fanfares restored. The final bars were sandbag-bursting in their massiveness. Elder’s control of dynamics and his ear for detail and refinement made culminations all the more potent, and to emphasise what was an interpretation as much about long-view symphonic thinking as it was seafaring, Elder, a spot-on navigator, ran the three movements without pause: it worked well and the LSO relished the voyage.