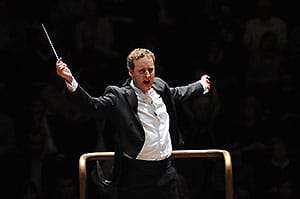 It’s good to see the London Symphony Orchestra marking the centenary of Andrzej Panufnik with two presentations during 2014. The first of these (originally to have been conducted by Colin Davis) opened with his best-known work – written to mark the millennium of Poland’s conversion to Christianity in 1966 (though contrary to the “1965-66” date given in the programme note, it was completed early in 1963 and premiered in Monaco the next year), Sinfonia Sacra embodies both Panufnik’s Polish heritage and the concern for formal precision that assumed increasing importance.

Qualities such as Michael Francis (one time a double bassist in the LSO and now into his second season as Chief Conductor and Artistic Advisor of the Norrköping Symphony Orchestra) brought out in some measure. Following an agile account of ‘Vision I’ (in which two of the three trumpeters were placed on either side of the platform, with the third standing in situ), the rapt meditation for strings that is ‘Vision II’ was a little too unvaried in timbre for its inward intensity fully to register, while the demonic outburst of ‘Vision III’ brought a virtuosic response from the LSO but also some moments of scrambling – notably in the syncopated unison passage towards the close (a pity, too, the pungent contributions from timpani and tom-toms was let down by some rather apologetic cymbal clashes). Francis then set a persuasive tempo for the following ‘Hymn’, in which the medieval Polish chant ‘Bogurodzica’ emerges gradually yet intently to crown the work in heady combination with the antiphonal fanfares from the opening – perhaps not quite securing that near-imperceptible acceleration as the music unfolds from glacial silence to surging eloquence, though with no lack of fervency as the apotheosis reached its breathtaking close. A warm reception ensued – as is customary when this piece is revived, which makes it the more surprising that such revivals have not been more frequent in the two decades since the composer’s death. Hopefully it will move closer to the centre of the repertoire, in which case this generally persuasive performance will have played its part. 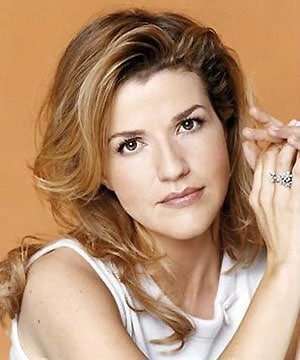 The late arrival of the evening’s soloist (not the only victim of industrial action to have affected London these past two days!) entailed a re-ordering of the programme, with Dvořák’s ‘New World’ Symphony coming next in what was thus a lengthy first half. How to inject new life in this venerable war-horse had doubt given Francis pause for thought, and what resulted was an assured and engaging if hardly revelatory account – notable for a refusal to linger in the opening movement (the exposition repeat being not only observed but also sufficiently differentiated as to its expressive emphasis), a powerfully moulded yet never sluggish Largo (its cor anglais melody plangently rendered by Christine Pendrill), and a scherzo whose bracing incisiveness was offset by an easeful lilt in its trio. The finale almost invariably presents problems of continuity, and while Francis’s reading did not wholly avoid a piecemeal impression, it proceeded with purpose to a coda which set the seal on this work (and also the composer’s symphonic output) with no mean conviction.

More Panufnik followed after the interval with a welcome hearing of his Lullaby. Dating originally from 1947, then subjected to revision, and inspired by the interplay of moonlight on water (that of the Thames), this audacious piece divides its string orchestra into 29 separate parts (with two harps) then pursues a layered texture in which modal tonality and microtonal tuning are to the fore. Unfortunately the resulting subtleties were levelled out in this performance – which, despite some immaculate playing, was both too swift in pacing and too unvaried in timbre for the music’s discreet innovations to come through. Those hearing this astounding piece for the first time will hopefully have been tantalised by what they heard, though those already familiar with it via the excellent recent CPO recording or Antoni Wit’s searching account with the Warsaw Philharmonic at last year’s BBC Proms – both of them slightly more expansive in their overall approach and thereby capturing the music’s ethereal essence more completely – will quite likely have felt short-changed by what was on offer here.

A touching entrée, in any case, for Dvořák’s Violin Concerto which duly followed with the now-arrived Anne-Sophie Mutter. As always with this violinist, the consummate technique and sheer range of tonal subtleties deployed held one’s attention at least as much as, and often more than, the music being interpreted. Not that there was much of an interpretation to be gleaned in a preludial opening Allegro where Francis and the LSO remained in accompanying mode throughout, and while the central Adagio evinced more in the way of meaningful dialogue, Mutter’s tendency to over-inflect more agitated episodes brought a slightly hectoring tone to bear on one of the most appealing among Dvořák’s earlier slow movements. Most persuasive was the finale, in which Mutter’s headlong tempo was justified by the evenness of her articulation and Francis’s encouraging the LSO to savour the infectious lilt of its underlying furiant rhythm. Whatever the earlier reservations, there was no doubting the panache of this partnership in those breezy closing minutes.