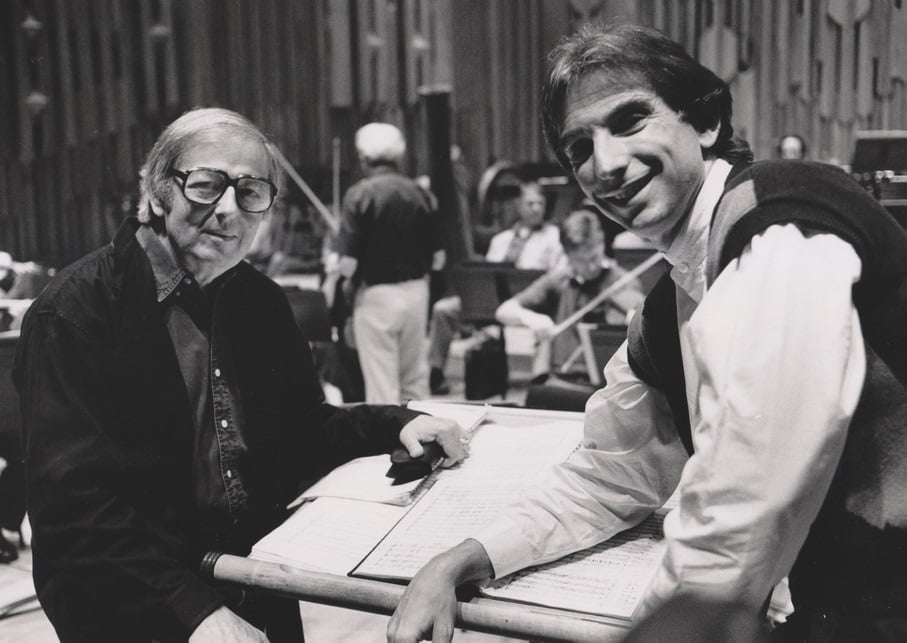 Michael Tilson Thomas last conducted Shostakovich’s Fifth Symphony with the LSO in June 2013, so it was surprising that he was returning to it so soon. However, this present account excelled the previous one, good as that was. It graced this celebratory occasion marking MTT’s 70th (another surprising statistic), on December 21 just gone. The LSO and MTT first met in May 1970 when he replaced Gennadi Rozhdestvensky for a Royal Festival Hall Stravinsky concert, but he didn’t return until 1986. Then a whirlwind relationship developed. He became Principal Conductor in 1988 (currently Principal Guest) and – with a second Barbican Hall gig imminent (Sunday 15th) – is just days away from a US tour with the LSO, covering March 18 (New York City) to April 1 (Seattle) and including two evenings in San Francisco where MTT is the long-serving Music Director. 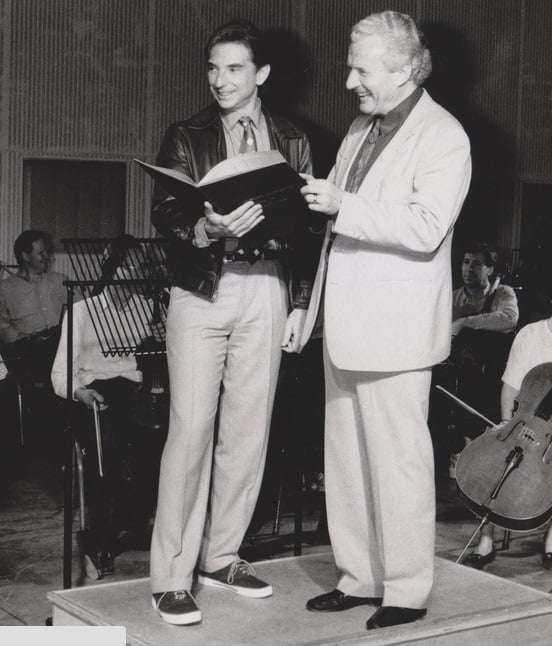 Shostakovich’s Fifth Symphony (1937) is in good shape from this team, and here bristled with significance from the off in a reading of tension, intimate declaration, strutting parody and overt emotionalism (first movement). Following a Scherzo, both gruff and sardonic, the Trio turned like a mechanical doll, the lamenting Largo was spaciously unfolded from isolation (with Siberian-chilly flutes) to incandescent rage, the strings employing a range of timbres and dynamics to match MTT’s exploration of the music’s potential for revealing the inner workings of a creator’s deepest observations. (I wonder if MTT agrees that late into this movement a few bars share expressively with Roy Harris’s masterly and magnificent Third Symphony, completed in 1938 but revised the following year, prior to its Koussevitzky-conducted premiere in Boston, when also in 1939 Shostakovich 5 was given its first American excursion, courtesy of Stokowski.) As for the finale, MTT caught well its stubborn, heavy-footed dance and timed-well the accelerations into something wilder. In what can seem a patchwork construction, MTT, true to this being a Symphony (whatever one reads into this work beyond its notes) was remarkably successful in integrating the episodes and charting well into the final blaze, the “you will rejoice” coda, a little quick maybe (Kurt Masur’s the main man here, massive and unrelentingly robotic) but suggesting well the false triumphalism. All in all, this was compelling.

The concert had opened with Colin Matthews’s Hidden Variables, fortunately not played to the look-away-now, fire-red stage-background that greeted the audience: the concert was relayed on the web by a six-person camera crew (mostly unobtrusive, mostly!). Thankfully, the lighting was less annoying (toned down) on the eye for the music-making itself, although there was the odd (understandable) cuss to be overheard. 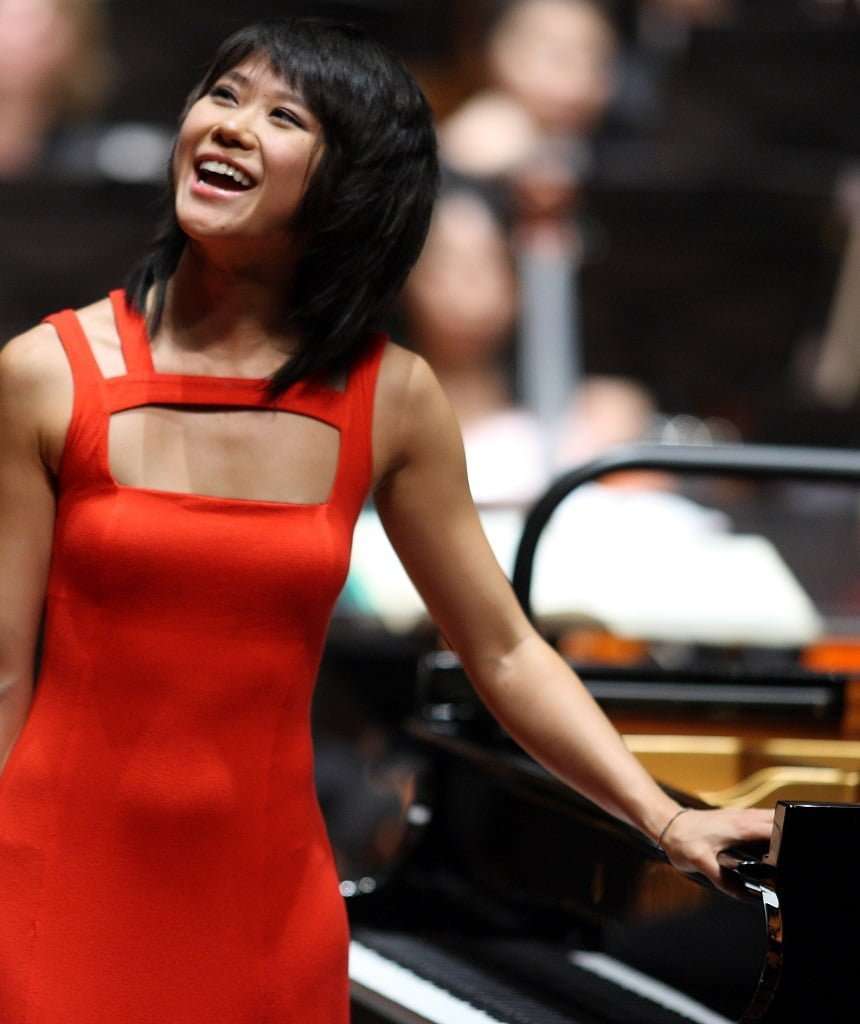 Nevertheless, Hidden Variables (1988/91), originally composed for the Birmingham Contemporary Music Group and then scored for full orchestra, gives much engagement. Returning to it, they gave the first performance, the LSO and MTT made light of the complexities, a fascinating meeting between – as a guide (not to strange places!) – John Adams and Harrison Birtwistle, specifically the former’s Short Ride in a Fast Machine and the latter’s Gawain, although the pulse-setting woodblock that had me in mind of Birtwistle’s opera owes to Louis Andriessen (it is said). If Matthews – his own man I should stress – is not recognising his music through these words, I can assure him that this pulsating 12-minute piece had my ears delighted, the densest (Birtwistlian) passages most of all, but so too those that are cool, sunny and pungent, the discombobulating rhythms and colourful orchestration keeping the listener constantly alert and involved on the way to a conclusion that glowed. Colin Matthews seemed thrilled with this performance.

In between, Yuja Wang played George Gershwin’s classy Piano Concerto (1925). My favourite recording of this just happens to be André Previn’s with the LSO, closely followed by Garrick Ohlsson with MTT and his SFS (and MTT made a never-bettered LP of Gershwin Overtures with the Buffalo Philharmonic). So if, in some respects, Wang is still learning Gershwin’s language (and needing the score), she had with her a conductor that knows all the colloquialisms and the LSO has been described as the “best American orchestra in London.” Wang certainly played with swing, sensitivity and pizzazz (although a little more fullness of sound in the treble from her instrument would have been welcome), but her tendency to fly through some measures overlooked their capacity for wit and insouciance, especially in the finale. This was as much the LSO’s accomplishment – orchestra, yes, but also turning on a sixpence to become a dance band or theatre ensemble – with details given a light touch, even such as the percussion-led opening and trombone glissandos, and Philip Cobb’s evocative trumpet solo in the middle movement was a Miles Davis moment.

This is a terrific work, dripping with New World sentiment, sunny side up for the most part, and also with soulful recesses as well as gorgeous expansive melodies. There were Ravelian connections revealed here too, some glitter and gold as well, the performers’ spontaneity and sensitivity doing the piece proud, Wang’s flexibility very much capturing the spirit of the piece. We weren’t done, for MTT joined Yuja Wang at the piano for some Poulenc (confirmed, and Milhaud had crossed my mind, too), a catch-me-if-you-can number that found MTT in ‘anything you can do…’ mode and the result was a tour de force that had a South American flavour, maybe a postcard home by the Frenchman. At the end of the evening, as I left the Hall, the LSO struck up with “Happy Birthday”.