Half a century ago the American conductor Michael Tilson Thomas had his first date with the LSO. He was a glamorous, prodigiously gifted 24-year-old, and 18 years later went on to be its Principal Conductor, following Claudio Abbado and preceding Colin Davis – and there were rumours that he might go back for seconds after Valery Gergiev stepped down. MTT is now the orchestra’s Conductor Laureate, and LSO followers have good reason to remember the quality of his performance earlier this year of Béla Bartók’s Concerto for Orchestra, which combined depths of experience, technique and magic with dazzling results. 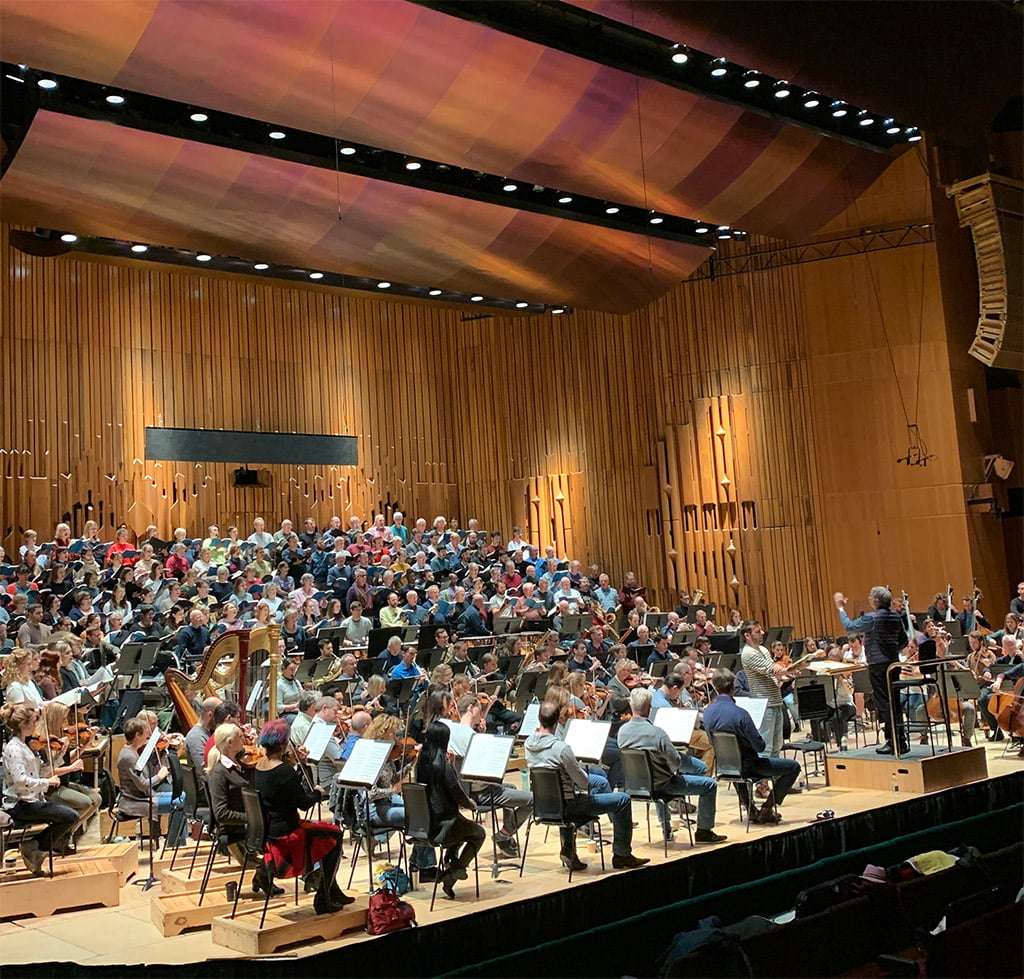 Since then, the San Francisco Symphony maestro has undergone heart surgery, but he looked completely up for the demands of Hector Berlioz’s Roméo et Juliette, a singular work even by this composer’s standards of originality. Berlioz called it a Dramatic Symphony, and its epic length – here around an hour and three-quarters, without interval – makes way for extremes of intimacy, with a long section of lovers’ music bookended by two full-blown cantatas. Berlioz further channels his reverence for Shakespeare, lubricated by his worship of Beethoven, into creating a paraphrase of events in the play, related, as it were, as reported speech – the only one of the three soloists to sing as a named character is the bass role of Friar Lawrence who guides the choral finale to a lofty, religious close.

Is it an oratorio, a symphony, a prolonged orchestral song-without-words, or a proto-opera? Miraculously, MTT kept all these plates spinning, an involved observer one moment, wrenchingly full-on the next, and the results were intense, assured and, despite the sparkle of the Queen Mab music, rather grave – yet, in a work so broad, as a whole it was superbly focussed. Performances conducted by Mark Elder and John Eliot Gardiner involved quite a lot of stage movement, but here it was only the soloists making discreet entrances, which emphasised a very French monumentalism.

The LSO sound was predominantly bright and big, without that yearning sheen that Colin Davis drew from the strings. The grainy underpinning of four bassoons to strings, horns and, unforgettably, for Romeo’s music at Juliet’s tomb was forever Gallic. The trombone’s recitative version of the Prince’s stern intervention between the warring families was on the cusp of speech, it was so vivid and declamatory. The long orchestra love scene was on a tender, rapturous plane of its own, and the playing throughout had an unmistakably idiomatic, narrative thrust.

The London Symphony Chorus proved eminently flexible and full-voiced in the closing peroration, and the twelve-strong Guildhall Singers semi-chorus was marvellous in the strange semi-recitative of the Prologue. Alice Coote, singing from the middle of the orchestra in front of her two-harp accompaniment, distilled long-phrased expectancy in her Strophes, and the tenor Nicholas Phan elegantly anticipated the fantasy of the Queen Mab music. Nicolas Courjal had the vocal depth and eventually the focus to make Friar Lawrence’s music work towards reconciliation.