Rimsky-Korsakov
Dubinushka, Op.62
Tchaikovsky
Piano Concerto No.1 in B flat minor, Op.23
Prokofiev
Symphony No.5 in B flat, Op.100 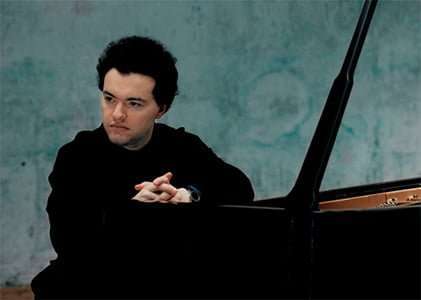 Take a folksong… and most nineteenth-century Russian composers did just that, plundering their indigenous heritage and making it sophisticated, shaking the earth from its roots. Nikolai Rimsky-Korsakov’s jaunty and stirring Dubinushka, a tune with Revolutionary tendencies – and connecting with the First such revolt of 1905 – is a gem, with a liquid-centre trio, that haunts the memory and dressed in colours created by a master orchestrator, although for all that the LSO and Michael Tilson Thomas did this miniature proud, its composer may not have expected it to be so brightly brassy and percussively noisy, enough to suggest that the Barbican Hall acoustic has been tweaked to make it sound even more abrasive in treble frequencies.

The child-prodigy Evgeny Kissin, now 42, has had Tchaikovsky’s Piano Concerto No.1 in his rucksack for a long time (recording it with Karajan and the Berlin Philharmonic in the late-1980s). He played it superbly here, yet it was at times uninvolving, too deliberate and pre-mediated. 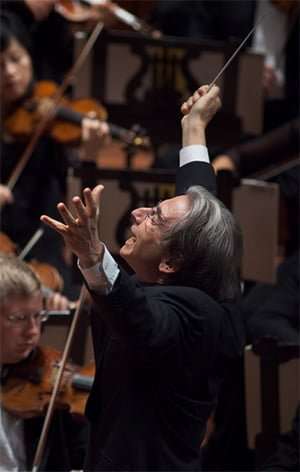 There was much to admire in Kissin’s hitting all the notes, and the polish of his virtuosity, and also in the smart and sensitive accompaniment he was afforded, although tuttis were bludgeoned somewhat, emphasised by dead-sounding timpani. Standouts were the first-movement cadenza for which Kissin expanded his touch, feeling and characterisation, and flautist Gareth Davies’s seductive silver-birch contribution to lead-off the second movement, its soufflé-like central section the epitome of lightness and unforced agility, Kissin’s staccatos beautifully judged. If, from the majestic horn-led introduction to the sprint to the finale’s finishing post, Kissin’s playing could only be described as patrician and clear-cut, there was also a lack of temperament that restricted the reach of the piece, put into relief by the pianist’s encore, the flamboyant D sharp minor Etude from Scriabin’s Opus 8, given with a fire and dynamism not always evident in the previous 40 minutes.

In Prokofiev’s end-of-war Fifth Symphony (1945), his salute to the indomitable human spirit, the LSO and MTT were often inspired and underlined the music’s epic qualities. Had the conductor maintained the expansive approach that introduced the work, this would have been a reading of Celibidachian proportions. As it was, MTT (with an elegant baton technique and economically used left-hand) offered a range of tempos, somewhat flaccid in terms of structure, but also setting up a not inappropriate conflict. In the multifaceted scherzo, its balletic point and later obliqueness were played-up to slinky advantage and also vividly detailed, followed by the dark tensions of the slow movement that soared and seared. The finale, playful and carefree until the mechanisms of the coda that seem to warn as much as power the Symphony to its insistent conclusion, continued to find the LSO and MTT on ‘old friends’ top form; and, boy, they really nailed the final chord with formidable togetherness.