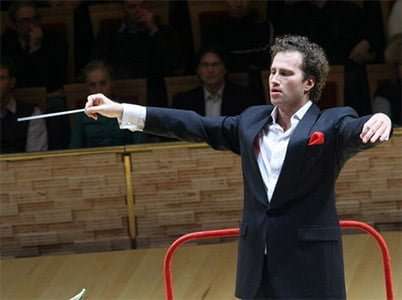 Just two works in this programme – but substantive ones – though it is noteworthy that the Beethoven is by far the more convivial and light-hearted composition. This was not the first occasion that Nikolaj Znaider has led the London Symphony Orchestra from the violin or conducted it himself, but the results must have differed from what might have been expected, since Sir Colin Davis was originally billed to conduct.

The performance of Beethoven’s Violin Concerto (1806) worked well enough, but without continuous and detailed direction from an independent conductor, it undoubtedly lost something. After a fairly abrasive opposition between the timpani’s soft beats on D and the strings’ threatening response on a repeated D sharp, this interpretation followed a reasonably genial course, darker shadows rarely obtruding. There was some drama, though, with the apparent ebbing-away of life in the music before the recapitulation burst upon the scene, and a hefty build-up to the cadenza. Znaider’s performance on the violin was necessarily commanding, so as to give the orchestra a palpable lead when he was not free to conduct. But this meant that the instrument remained at the audible forefront of the musical argument most of the time, rather than dissolving into the texture as when the violin clearly adopts an accompanying role. 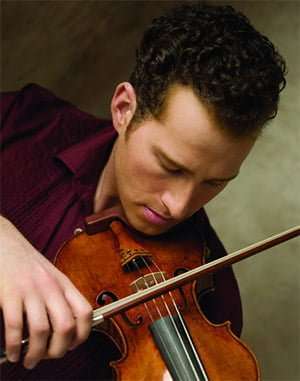 In the slow movement (which in fact tended to be swift and not lingering), the violin’s arabesques over the variations of the principal theme seemed a little detached from each other and were asserted as though to put the orchestra in its place. Znaider’s playing in the succeeding section was much better sustained, almost otherworldly like a benediction and presaging the violin solo in the ‘Benedictus’ from the Missa Solemnis. Much the best engagement between soloist and orchestra came in the finale where Znaider seemed to relax and enjoy the interplay between the two sides. Just a bit more contrast, though, would have been ideal from one section to the next.

Drama of a more explicit variety was reserved for the performance of Dvořák’s Symphony No. 7 (1885) written after the composer had heard Brahms’s Symphony No.3. Once the slightly tentative account of the opening pages passed, the musical narrative took off and Znaider led the LSO through a notably rousing development and climax to the recapitulation in the first movement. It strikes me that not only is the influence of Brahms apparent in this Symphony, but in certain ways it anticipates the soundworld of Bruckner’s Ninth – in addition to sharing the same key, there are some heavy, brooding passages in the slow movement, the scherzo rises to a wild, even terrifying peroration as its climax, and there are some brief, feverish flourishes in the trio section, just as in the corresponding part of Bruckner’s scherzo. In this performance Znaider secured some gloriously yearning lines from the cellos in the slow movement but there might have been more of a contrast overall between the searching first section (particularly in the woodwind), and the brighter, more amiable section which succeeds it. The transparency of the scherzo’s opening was set off by the emphatic climax, though the transition into the Trio was rather indifferent and the residual angst carried into that section largely brushed over. The finale countered some rare moments of joy and optimism with a coda of sublime, transformative power, seemingly sweeping aside the foregoing discourse rather than emerging as its culmination.

For the most part this performance was compelling, and nothing of itself was deficient. Znaider grasped the outlines of the Symphony’s structure, but not so much its detail, for example by rarely managing to join succeeding passages convincingly and largely beating time rather than interpreting (the left hand simply mimicking the right was a tell-tale sign here). This resulted in a tendency to gloss over vital contrasts and so reduce the forceful and violent impact of this work. I suspect that the LSO relied more on its collective capacity for interpretative acumen and the musicians’ experience of performing this piece under Colin Davis than looking to Znaider’s lead. A more experienced conductor would more likely have been able to turn this accomplished performance into an inspired one.