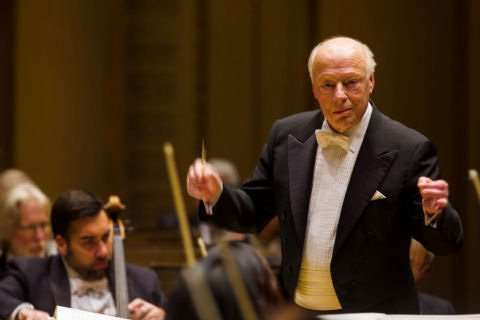 Towards the end of the LSO’s 2014-15 Season, Bernard Haitink conducted a couple of totally memorable London concerts embracing Mozart, Mahler and Beethoven (review-links below), and now here he was returning to open 15-16 with three Barbican Hall evenings followed by a trip to Japan.

A shame not to have a short festive opener though – the Overture to The Marriage of Figaro comes to mind – for it was C-minor Mozart that started things off: somehow this Piano Concerto’s shadowy severity seemed at odds with the start of a new term despite the orchestral introduction being of finesse and expectation. Of course Murray Perahia is closely associated with Mozart, and one of the great pianists. On this occasion he seemed at one-remove from the music, making it quite austere, and some technical awkwardness only suggested it as more so, as did a lack of variety, not enough light and shade. On the plus side were Perahia’s crisp phrasing and muscular attack, to match the vividness that Haitink coaxed from the LSO, its woodwinds particularly fine. It would have been good to know the author of the stylish cadenzas Perahia played – very possibly his own – for they were highpoints, and although the serenading slow movement was bountiful in its expressiveness the finale was on the dogged side, even for music that ultimately cannot escape the doldrums. 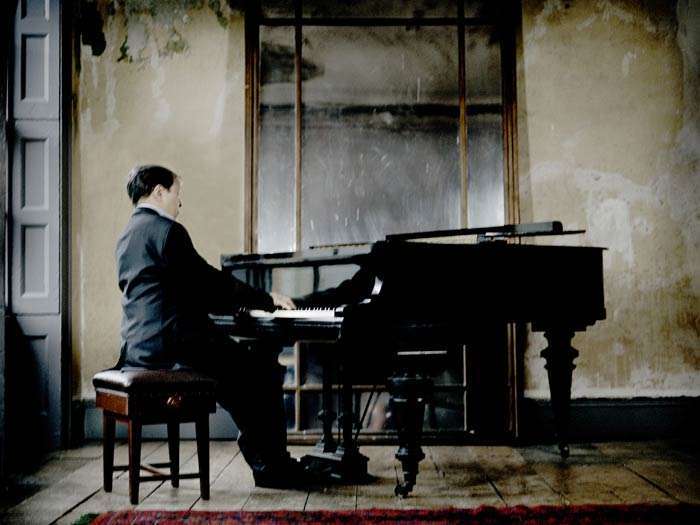 Bernard Haitink has had a lifetime’s devotion to the music of Anton Bruckner. His conducting of the Seventh Symphony was a masterclass on how to do it – with integrity, wisdom and wholeness. If that sounds dull, it wasn’t, anything but, for the opening tremolos (violins antiphonal) gleamed with promise and the expansive melody that enters was shaped lovingly without it being shorn from what follows. In essence Haitink’s conducting of the first movement was judicious and always with a sense of purpose, ensuring a stream of consciousness that was carried into the emotionally-burdened Adagio, Haitink acknowledging the Moderato marking of the serenest of ideas that offers contrast. As the music intensifies (to register Bruckner hearing of the death of his idol Richard Wagner) Haitink charted to the climax with surety – if we must have the much-argued-over cymbal clash (Robert Haas in his edition disregarded it) let it be with the discretion shown here – and, in the aftermath of this pinnacle being reached, the Wagner tubas, horns and (normal) tuba were superb in enunciating grief.

After which, the Scherzo really strode with propulsion, stirring the spirit, and the Trio, without any indulgence, was rapturous. The succinct finale, the lightest of the four movements, even displaying shafts of wit, again benefitted from Haitink’s ability to hang things together, and when he wanted something sonorous and momentous, he got it. The coda reached, and it was a properly majestic summation, we knew exactly how we had got there – and why we had journeyed.

Being really picky, one could mention the very occasional slip of tuning and detail – if only because one has become accustomed to LSO/Haitink concerts being very particular and just-so – yet on the other hand it could be said that this performance, conceived as an entity, didn’t give away all its secrets at this single sitting, but experience suggests that this account will come back to haunt me, and such a ‘second wave’ will be even more powerful.