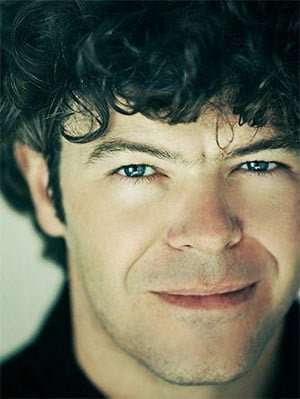 With something suitably Spanish, Pablo Heras-Casado introduced himself to the LSO (if not to London, for he has already conducted the Philharmonia and at ENO) with this scintillating and languorous performance of music by a Frenchman (if with a Basque heritage) peering over the border. Orchestrating his own piano piece (from Miroirs) with typical subtlety, sophistication and brilliance, Ravel’s Alborada del gracioso enjoyed this crisp and colourful outing, orchestra and conductor at-one in presenting the music’s animation and shimmer, Heras-Casado finding time for swing and leaving bassoonist Daniel Jemison room to manoeuvre the jester’s morning song very expressively.

Roman Simovic is one of the LSO’s concertmasters. He’s a fine and gutsy player, rich of tone and poetic of phrasing, and he had these qualities from the off in Prokofiev’s tart Violin Concerto No.2. With lithe and pungent accompaniment, true to LSO family values, Simovic told of tales and painted pictures, his response ranging from intense to ghostly. If some tempo changes occasionally dislocated the music, Simovic’s heart-on-sleeve approach conveyed his commitment, although the tick-tock middle movement, albeit ravishing, could have been gentler and more rarefied, but the finale benefitted from being moved along and was less gawky than the norm, although the dash through the coda was only about getting the notes in place. Exciting though and certainly the whole was alive and vivid, and delightfully impromptu too. 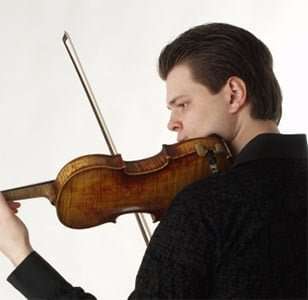 At the beginning of April, Heras-Casado made his New York Philharmonic debut with Shostakovich’s Tenth Symphony. He also chose it for the LSO. It wasn’t always apparent how he identifies with this work. In terms of technique, this most ambidextrous of conductors was rewarded with playing that was consistently superb, the strings refulgent, and with some outstanding contributions from Andrew Marriner (clarinet), throughout, Nicholas Korth (horn, third movement) and a bewitching if pathos-ridden oboe solo from Joseph Saunders to launch the finale. Yet, for all that Heras-Casado is relatively undemonstrative, and that his attention is entirely focussed on the music and the musicians, the long opening movement was too objective and less than gelling. Not that Shostakovich’s music need always be cipher-dominated, but some feeling for the composer’s circumstances at the time of composition does seem important and was largely absent here, for all that the music was burdened and that a quick-change contrast for slithery flute (Gareth Davies) and pizzicatos set up a suitable tension. Yet the huge central climax was remorseless in the wrong way, restricted by Heras-Casado not allowing any flexibility at all, so rigid, as well as – and this is not a compliment – the LSO reaching a loudness that was blistering on the ears. Yet, emotionally, it was all too impartial, as even-handed as Heras-Casado’s gestures, and seeming several minutes longer than the 24 it took.

And if the second movement is supposedly an unflattering portrait of Stalin, it doesn’t always have to summon such images; and it didn’t, for this explosive scherzo was short of rage if weighty and hard-hitting, but a lack of characterisation made it appear rather empty. Then with sleight of hand (and Heras-Casado was baton-less throughout the concert) the desolate landscape, enigmas and flare-up of the third movement were wonderfully conveyed, and rarely has the slow introduction of the finale been so spacious and potent before the Allegro was brought off with a Till Eulenspiegel-like glee. Following a fierce blaze for the DSCH motif, we were returned to earlier shadows before the exuberant coda – built up to with some remarkably precise detailing – banished all doubts, or should it have seemed more disingenuous? On this occasion, let’s take pleasure in the triumph. Something spooky happened between movements two and three. We went from a great orchestra in great form to a great orchestra still in great form but now there was significant meaning behind the notes. The LSO seemed to rather like its newest conductor.