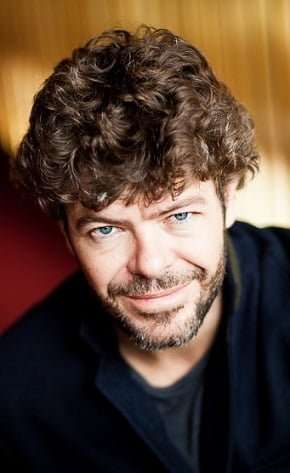 For the final concert in the LSO International Violin Festival, featuring twelve of the best-known soloists, Joshua Bell performed Sibelius’s Concerto, one of the most technically demanding in the repertoire.

From the very hushed opening of pianissimo strings, and then incisive fortissimos, it was evident that Pablo Heras-Casado’s accompaniment was going to be one of extreme dynamic and emotional contrasts. Bell introduced the initial theme with perfect poise and matched the conductor’s intensity with a dramatic and virile approach. The pervading mood was not of fragility or melancholy Sibelius; rather it was one of sadness and resignation, the playing-out of an exterior drama rather than an introspective or personal one. The first-movement cadenza was characteristically energetic, Bell relishing the dissonances produced by his adept double-stopping.

The Adagio continued the turbulent mood beginning with ominous oboes, the violin tempering the darkness. Soloist and conductor were in constant eye-contact, the drama unfolding between them. The finale was speedy and tense, Heras-Casado coaxing extraordinary colours from brass and woodwinds, and the LSO’s string-playing was exemplary and wonderfully nuanced. This performance revealed the depths of this favourite but ever-surprising Violin Concerto. 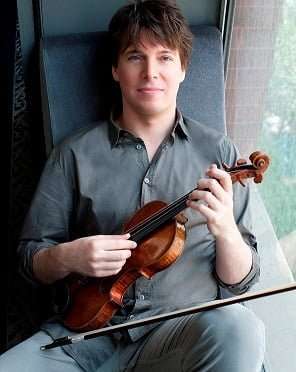 The theatrical scope of Berlioz’s Symphonie fantastique is immense and perfectly suited to Heras-Casado’s flamboyance and penchant for vivid detailing. Sadly the beeping from mobile phones and watch-alarms, which occurred several times during the music-making, did not add to the dramatic tension. It was refreshing to see many young people in attendance, but an announcement is surely necessary to limit the nuisance these devices cause.

In the first movement, ‘Daydreams-Passions’, the LSO outlined Berlioz’s vision with delicacy and attention to detail. Heras-Casado’s penchant for fortissimos was matched with articulate, crisp rhythms as Harriet’s theme emerged to personify the composer’s idea of perfect love. The second movement, ‘A Ball’, is in waltz-time (here with four harps), and all the music’s vulnerability and delirium was brought out.

Berlioz’s passion for the Irish actress Harriet Smithson provided the impetus for this most-personal Symphony; and from the ‘Scene in the Country’ – spaciously, tenderly and passionately conceived by the Granada-born conductor – things change to the grisly ‘March to the Scaffold’ and a ‘Witches’ Sabbath’, the latter including the plainchant ‘Dies Irae’. The pairing of bassoons and tubas in the latter and the grotesque clarinet solo spiral into a percussive frenzy and Berlioz’s symphonic drug-fuelled drama was brought to a demonic conclusion – musical fireworks and real depth from Heras-Casado and with the LSO on top form.

As was mentioned in the programme, Dvora Lewis, after 37 years associated with the LSO’s PR, is retiring. All best wishes to her.