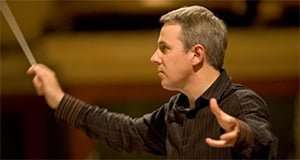 Thoughts of Sir Colin Davis permeated the Barbican Hall ahead of this concert performance of Benjamin Britten’s The Turn of the Screw, one of a pair that the London Symphony Orchestra’s late President had been scheduled to conduct this week before illness obliged him to withdraw a while ago. Ahead of an immaculately-observed minute’s silence, the LSO’s Chairman and sub-leader Lennox Mackenzie joined with Managing Director Kathryn McDowell to preface the evening with a moving tribute to Sir Colin, who died two days ago. During the course of this we learnt that his replacement had himself been mentored by the great man as a conductor of Sibelius; though on this occasion, Richard Farnes (Music Director of Opera North) was there to honour his memory with music of a different hue, albeit by another composer close to Sir Colin. 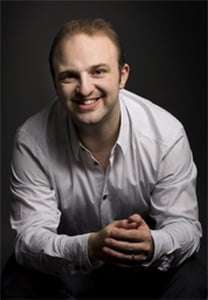 In the event, Farnes’s performance was itself an ideal way to commemorate the man who had been the LSO’s longest-serving Principal Conductor. A seventeen-strong ensemble, largely made up of section principals, delivered a virtuosic and intelligently detailed account of the opera’s pellucid instrumentation; in particular the piano and celesta were luminously played by Susanna Stranders, who had also served as both répétiteur and vocal coach for these renditions. When Stranders’s worldly accompaniment to Andrew Kennedy’s finely nuanced Prologue gave way to the ghostliest of orchestral entries at “At last ‘I will’ she said”, this transition presaged a reading that would be marked throughout by its insights. For instance the tale of Quint and Miss Jessel related to the Governess by Mrs Grose (a thankless role, although well taken here by Catherine Wyn-Rogers) pulsated with dramatic tension at a level one rarely expects to encounter in that scene.

I can think of few operas less in need of a concert performance than The Turn of the Screw, and the presence of it in the LSO schedules was probably a legacy of Sir Colin Davis’s desire (sadly unfulfilled) to re-record an opera with which he is closely identified. For any other reason it would have been a pointless exercise, not least because full productions crop up so regularly – almost all the major UK companies have mounted the opera at some point since the turn of the millennium – and besides, how can the story’s inner demons hope to come across in a performance shorn of direction, decor or atmospheric lighting?

Witnessing an opera in-concert is a different experience from hearing it on the radio or from a recording, where the mind is free to paint its own pictures, because the business of watching singers at work is by its nature a visual experience. However persuasive the artists’ musicianship, the challenge of immersing an audience in Henry James’s shadowy world demands something special; in fact that is precisely what this excellent cast delivered. 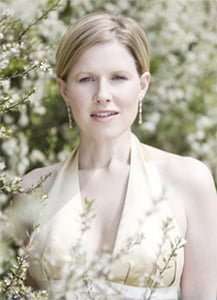 Sally Matthews’s Governess appeared riven by angst from her first entry, and this mesmerising soprano characterised her throughout as a woman with more going on in her troubled hinterland than we could possibly guess at (“always watching, watching, watching”, as Miles observes). Indeed, there were moments when Matthews’s performance became so intense that the music could scarcely carry it and isolated notes or words became obscure. The same is true of young Michael Clayton-Jolly, who was such a wonderfully resonant Shepherd Boy in last month’s revival of Tosca by Royal Opera. However, despite being overwhelmed at times by the orchestra (the LSO members arrayed on the platform behind him rather than in a pit), the performance of Miles by this talented eleven-year-old was flawless, dead-centre and unnervingly assured, albeit not quite as knowing as it needs to be. His sister Flora was sung by the grown-up Lucy Hall, equally splendidly, although why companies continue to cast young women in this role rather than age-appropriate girls is beyond me. The vocal balance is inevitably skewed when this is done and the singers’ respective timbres fall out of alignment.

As the spectral Quint, Andrew Kennedy sang with forthright strength and no trace of histrionics, letting the power of Britten’s inspiration look after itself. If his performance, startling and dangerous in its immediacy, was close to ideal, the Miss Jessel of Katherine Broderick was quite simply the finest I have heard. Richly expressive, haunted and haunting in equal measure, she was the embodiment (if that’s the word) of the “horrible, terrible woman” of the Governess’s nightmares. Ironically, though – and most effectively, whether or not it was intended – the disturbed interiority of Matthews’s acting meant that of the two women it was she who seemed the more like a ghost. Hers was a searing reading that makes me long to see Matthews play the role in a staging; as it is, we should soon be able at least to hear her again, as LSO Live was present to capture this triumphant gesture of respect to the memory of an eminent and wonderful conductor.