The LSO opened its 2011 campaign by returning to Berlioz’s Symphonie fantastique and helping to mark Liszt’s bicentenary year with a rare outing for one of his symphonic poems, Mazeppa (6/13), and the better-known Second Piano Concerto, with Barry Douglas as the soloist. 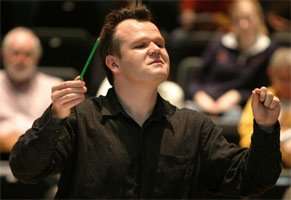 The versatile François-Xavier Roth (his appearance at the BBC Proms last year was the epitome of resourcefulness) who has more than justified winning the Donatella Flick Conducting Competition back in 2000 – he is now on the cusp of assuming the conductorship of the Symphony Orchestra of Baden-Baden and Freiburg (succeeding Sylvain Cambreling and, previous to him, Michael Gielen) – was here nattily attired in a light-coloured business suit (although it became less attractive when perspiration-stained!), his baton-less hands elegantly sculpting the music rather than pulsing it.

Ivan Mazepa (sic), Chief Cossack, determined if failing to rid his people of the Russian yoke, is for Liszt’s fifteen musical minutes the subject of a three-day ride tied to the back of a wild horse, the composer’s inspiration being the romanticised and fact-altering prose by both Byron and Victor Hugo. This fizzing performance, aflame with imagery, with tension maintained through dramatic pauses, served Liszt well, pointing up contrasts – not least Mazepa’s dead-or-alive state (when Liszt introduces the distinctive tone of a bass clarinet and David Pyatt was called upon to extract numerous timbres from his horn) – before the brassy summons signalling the swinging finale. For all his elegant gestures and body-language, Roth was not able to disguise the music’s repetitions or the occasional banality – this is take-it-as-it-is music – but it was a humdinger of a performance. 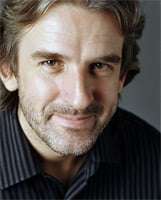 Liszt’s Second Piano Concerto began like the dawn of a new day, Barry Douglas’s sensitively touched and translucent-sounding notes harmonising with poetic woodwind solos. Douglas, who can do glittering and powerfully sonorous as well as any other pianist, was engagingly self-effacing without losing character, the most demanding technical challenges manfully negotiated. What particularly impressed was his integration with the orchestra (the LSO making a vibrant contribution), not least with Tim Hugh’s intense cello solo (although vibrato was over-done and persistent). If the work’s sections didn’t quite make the whole Liszt intended, the kaleidoscopic changes of mood were potent and the turns of phrase fragrant, with something held in reserve for an exhilarating coda.

The LSO has notched up some memorable accounts of Berlioz’s Fantastic Symphony in recent seasons (with Colin Davis, Daniel Harding and Kent Nagano, for example). For a goodly part of this performance Roth conjured their equal, the long silence before the music began suggesting something special was about to unfold, which largely it did, although overall it wasn’t quite extraordinary enough, probably due to the hyper-activity that the score was subjected to across its duration. Roth’s fluid way with Berlioz’s invention was attractive, incident-packed and, indeed, garrulous. Such volatility and irresistible forward-motion, without overriding expressive repose, sustained well the first three movements (so much so that the repeat of the exposition in the first movement seemed superfluous), the second-movement ‘Waltz’ nipping along if gracefully (Roth wisely passing on the ad lib cornet solo), and the ‘Scene in the Country’ slow movement restless if with some magically hushed dynamics.

However, despite dapper brass-playing, ‘The March to the Scaffold’ (repeat also observed) was simply too fast (those conductors, including Boulez and Norrington, who take Berlioz’s slower-than-you-might-think tempo marking at face-value confirm that the composer knew exactly what he was doing); and the ‘Witches’ Sabbath’ finale, edgy-sounding bells aside, lacked satanic atmosphere as well as nose-diving to a tame statement of the ‘Dies Irae’ plainchant before taking wing from nowhere in a dislocating manner. With some bass drum strokes gratuitous enough to discombobulate the Richter Scale and a coda too calculated in its acceleration to be convincing, come the close this ‘Fantastic’ had by now rather parted company with earlier intrinsic excellence.

The evening as a whole must have set a world-record for the number of piccolo shrieks heard in a single concert!