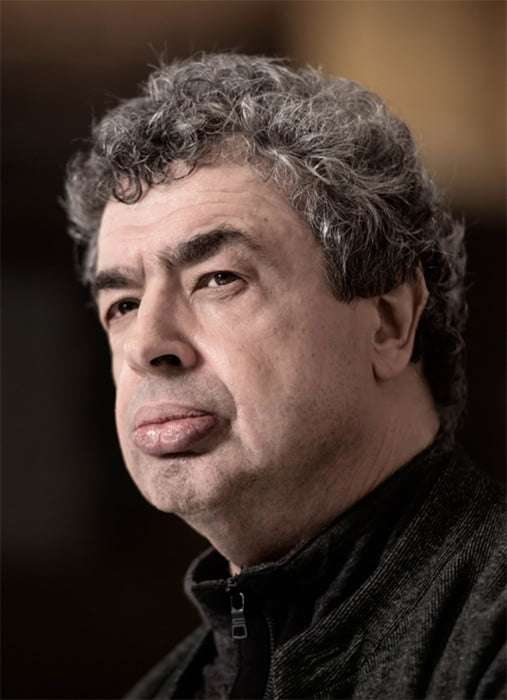 You can wait ages for a Britten Concerto – or, rather, a work for a solo instrumentalist and orchestra – to come your way, and then, in my case, along come two in quick succession. A recent performance of the Cello Symphony raised the possibility that his much earlier (by twenty-five years) Violin Concerto could perhaps reasonably be called a Violin Symphony. Britten, a natural piano-accompanist, endowed virtually everything he wrote with a particular vocal sensibility, and the Violin Concerto veers towards lyrical expressiveness rather than tautly argued, confrontational dialogue, and the use of the passacaglia – the form’s first appearance of many in Britten’s music, including in the Cello Symphony – for the Finale unleashes a wealth of accumulative variations. It’s not a vitally important point – but it is a pointer to appreciating Britten’s style.

Janine Jansen, who, looked sensational in a black-and-gold gown, seemed to have factored this in to her endlessly subtle, ingratiating account, and the glamour of her tone and engaging warmth enhanced this oblique work enormously. She wears her technique lightly, but she was on fine, nuanced form, giving vent to a heart-on-sleeve urgency that might have surprised the non-spontaneous composer and which suits the work well. I find the Violin Concerto’s emotional trajectory hard to follow, especially in the relationship of the Scherzo to the sudden hysteria of the cadenza, but Jansen (playing her Rivaz – Baron Gutman 1707 Stradivarius) could not have been more persuasive in making this solo’s role valid. Semyon Bychkov, though, was the real guv’nor in releasing the full effects of Britten’s orchestration, the style instantly recognisable and played with brilliant candour by the LSO, but Jansen had the last, ambiguous word in the scales that wind through the coda. 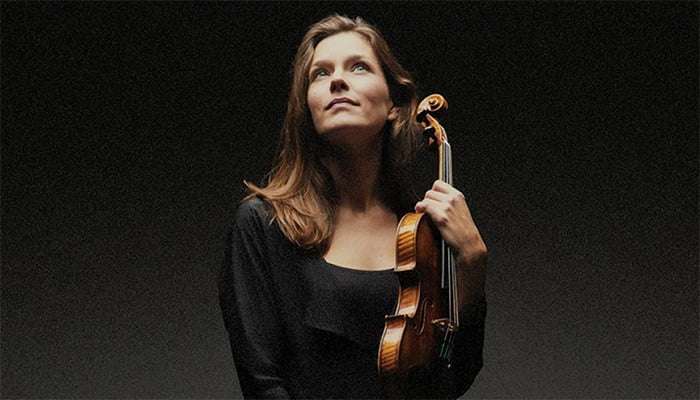 If the Britten had been subconsciously evasive, Bychkov and the LSO were anything but in Mahler’s Fifth Symphony. A barely noticeable flick from the baton gave the nod not only to a baleful, trenchantly pointed trumpet solo from Philip Cobb but also to the unfolding of an irresistible sense of clear and present danger. Unlike in the ‘Resurrection’ Symphony, here the first two movements (Part I in Mahler’s plan) were funeral music with a keen and subjective awareness of the reality of mortality. Bychkov’s adherence to Mahler’s performing directions was so graphic that the music couldn’t help get under your skin. He has a gift for adding mobility to muscular weight, and, while I’ve experienced the LSO in this Symphony a number of times, this performance came with added and scorching ferocity. The skill with which Bychkov turned the second movement into a spectral wake made the opening diptych especially resonant.

I’ve heard the central third movement (Part II) described as the first modern music Mahler wrote, and, paced with deliberate stealth, the magically played horn music and eerie pizzicatos were the stuff of expressionist nightmares. The retreat into the Adagietto’s love music couldn’t have come soon enough, the LSO strings at their veiled best and Susan Blair’s harp both anchoring the music and giving it its pulse; and then Bychkov kept the Finale’s rigorous contrapuntalism and the memories of earlier music on track, driving the movement to a glorious sense of inevitability.