Andrew Norman
A Trip to the Moon – An opera for all ages to a libretto by the composer [co-commissioned by Berliner Philharmoniker, London Symphony Orchestra and Los Angeles Philharmonic: UK premiere; sung in English]
Sibelius
Symphony No.2 in D, Op.43 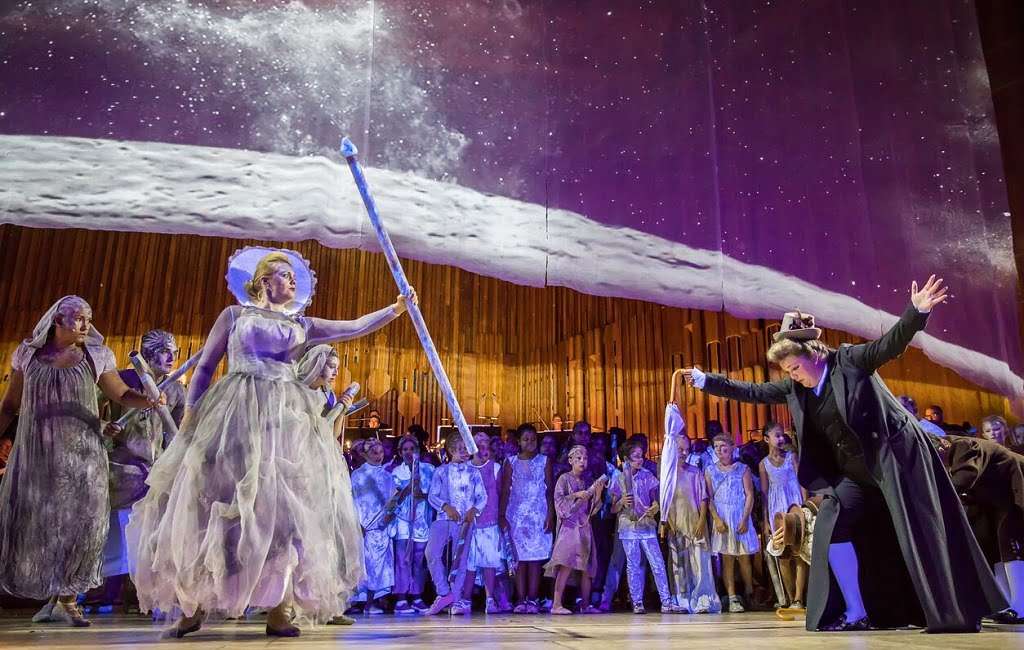 In the third end-of-season collaboration between the Guildhall School, London Symphony Orchestra and Simon Rattle to include a commission for a community opera for the LSO Discovery programme, Andrew Norman’s sprawling A Trip to the Moon was given its UK premiere, following Jonathan Dove’s The Monster in the Maze and last year’s The Hobgoon, one of Peter Maxwell Davies’s very last scores. Inspired by Benjamin Britten’s works for children participants, all three new works are big in scope, with massed choirs (including adults – the LSO Community Choir) numbering nearly 170.

Norman’s “opera for all ages” is immediately appealing, although not particularly operatic, given that much of the opening is spoken, not sung. But Norman’s musical language has a Copland-like harmonic openness with a nice line in rhythmic pulses as played at the back of the stage, raised up, by an ensemble of Guildhall and LSO players. This left the vast majority of the forestage empty (save for a second conductor’s place assumed by Simon Halsey, sticking out like a sore thumb) for the action. The setting is the moon, the destination for the earth astronomers as immortalised by filmmaker Georges Méliès in 1902 in his A Trip to the Moon, a cinematic adaptation of Jules Verne. Norman’s Overture is an accompaniment to the first few minutes of Méliès’s classic silent, up to the point the rocket crashes into the eye of the man in the moon. 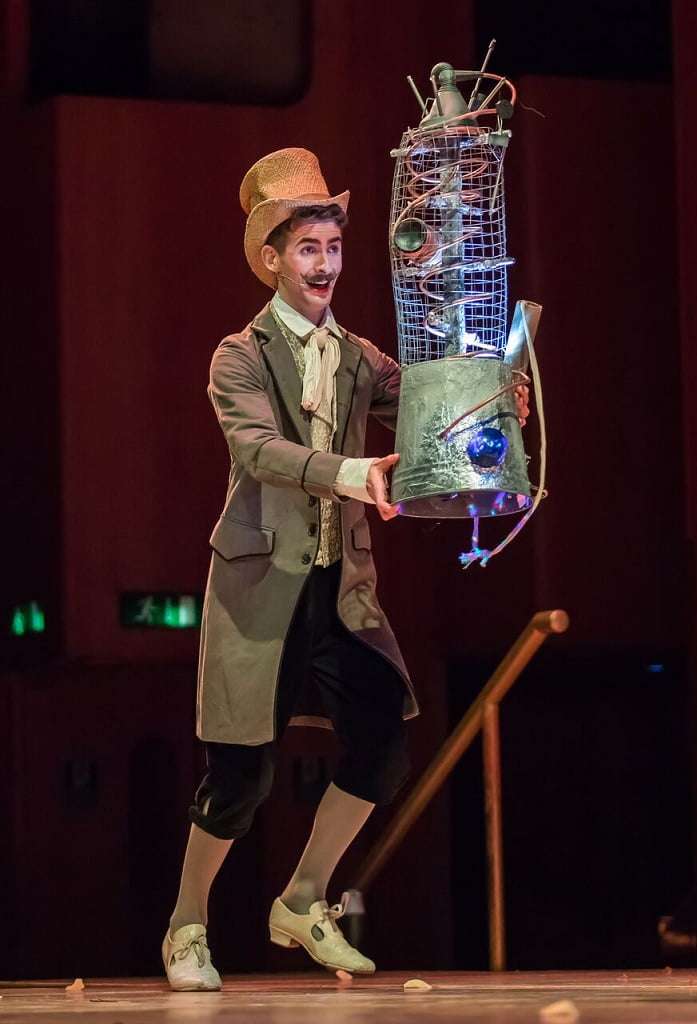 The ensuing action departs from Méliès’s film in a much more sanitised meeting with the people of the moon. Moon language is almost exclusively made up of vowels, and this is largely the only parts sung. The astronomers speak, and only Georges (who has come along to film the expedition – whereas in the movie Méliès played Professor Barbenfouillis), taken winningly by Robert Murray, gets to sing as he learns Moon language from Sophia Burgos’s Eoa. Common to Dove’s and Max’s previous operas there’s a monster, here a puppet wraith with demonic red eyes (not the masterstroke from last year, where the kids, memorably, were the monster) and, after initial suspicion about the visitors from Earth, the moon people come to respect the incomers as they help rescue a kidnapped child from the monster by frightening it off with umbrellas. There’s just time to meet the tiny window to zoom back to Earth, at which point the opera abruptly ends.

The staging and costumes are imaginative and sumptuous, and Karen Gillingham’s production co-ordinates the many performers with admirable precision, as they stream on and off the stage and up the aisles of the stalls. The curtain-call is also brilliantly directed. Every chorus member is made up as a moon inhabitant, carrying sacred sticks (tubes, which are cut to lengths to sound specific notes). The Guildhall School forces field all of Georges’s fellow astronomers as well as four moon people under Iwona Sobotka’s gorgeous Queen of the Moon.

And yet, there’s something very ‘occasional’ about this piece. Apart from performances by the co-commissioners (LA Phil scheduled for March 2018), its sprawl might be a barrier for other performances. The moral is rather glib (and at odds with the original, which has, admittedly ugly, imperialist overtones, with the astronomers killing a moon person), and the vowel-heavy made-up language robs most of the singing of the possibility of more nuanced meaning. It was absolutely lovely to watch, and was miraculously presented, but I’m not convinced of its lasting qualities. 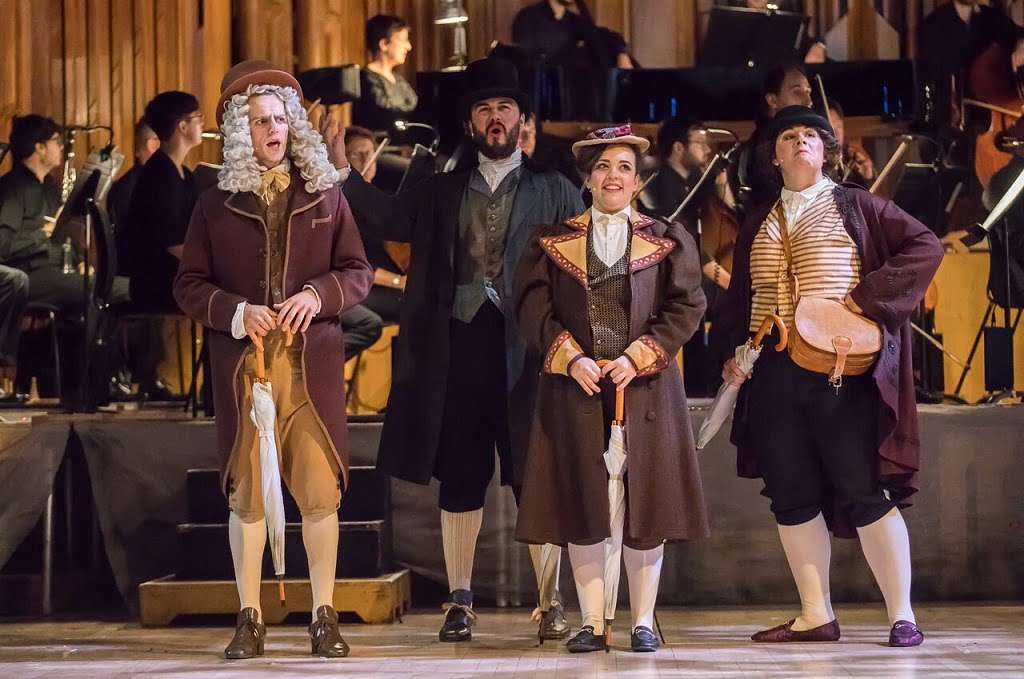 After an extended interval to clear the stage, the orchestra was allowed to spread into what had been the moonscape. With the combined forces of the LSO and Guildhall School musicians Rattle conducted Sibelius’s Second Symphony with a supersize band ranging upwards from twelve double basses. The sudden physical presence of the sound was immediate, particularly the string timbres, and allowed Rattle to conduct a visceral account, swift and purposeful with only a couple of instances of dangerous stasis, including at the end of the opening movement, yet from which Rattle made sense of moving straight into the organic pizzicato opening of the slow movement (the cellos and basses wonderful here).

Climaxes were thrillingly volcanic and yet could melt on an instant for, say, Olivier Stankiewicz’s exquisite oboe solos and cellist Tim Hugh’s ensuing contributions in the Scherzo. Ending in a blaze of D-major sunlight (if only one could soak up vitamin D from such works), my only quibble was the unequal division between LSO and white-shirted Guildhall players. The string sections were fine, but woodwind and brass Guildhall players were confined to tuttis – at least Guildhall timpanist Lewis Blee got his chances.