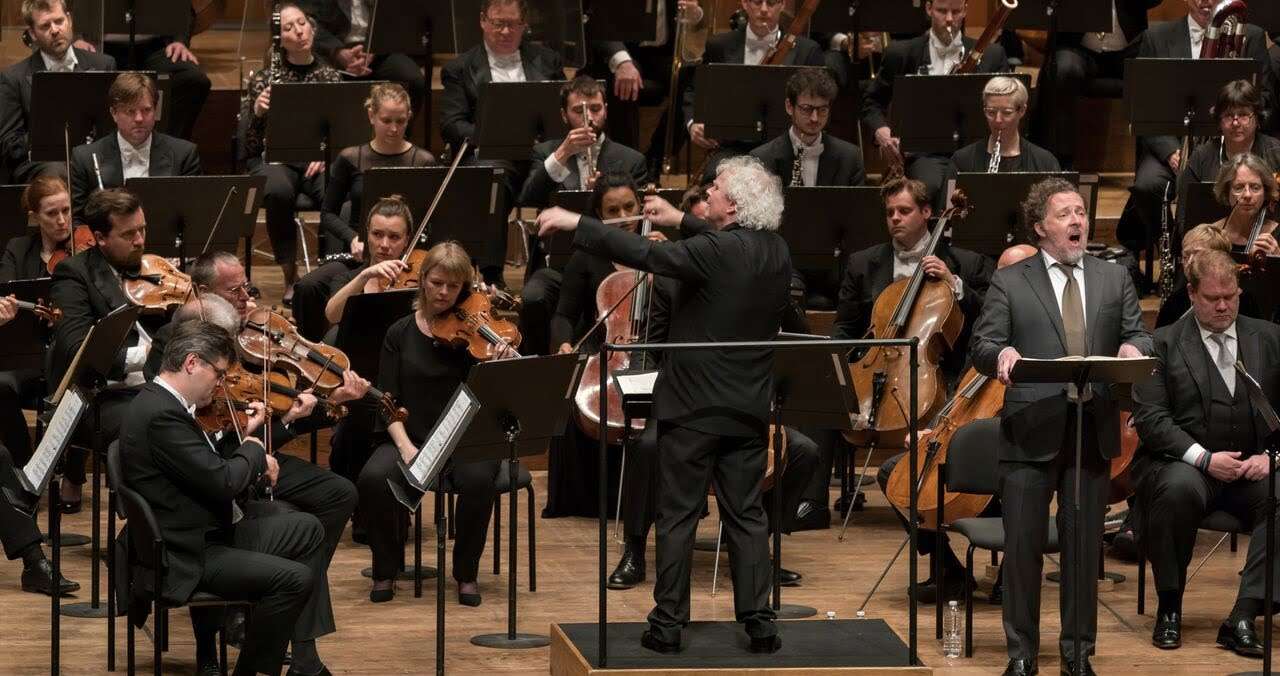 The LSO, making its first visit to New York with Simon Rattle as music director, has programmed Gustav Mahler’s final three Symphonies, none of which the composer lived to hear, No.10 left unfinished. They were composed during the years that he spent conducting at the Metropolitan Opera and the Philharmonic: as Sir Simon points out, they are “shot through with memories and experiences of his New York years.”

Das Lied von der Erde is a Symphony structured as a six-movement song-cycle setting Chinese poems translated into German by Hans Bethge from a French version, further modified by Mahler, sung alternately by a tenor and either a contralto or, as here, a baritone, Christian Gerhaher making an impressive case for this voice-type. Stuart Skelton more than held his own against the powerful orchestration of the first setting, ‘Das Trinklied vom Jammer der Erde’, the poet remarking on the brevity of life and drinking wine for enjoyment, while in ‘Der Trunkene im Frühling’, indifferent to the beauties of nature, he imbibes himself into oblivion. Skelton admirably contrasted the despair of the former with the raucous merriment of the latter, but generated a gentler aura in ‘Von der Jugend’ (Of Youth), describing the idyllic life of silk-robed friends at leisure in a beautiful pavilion. 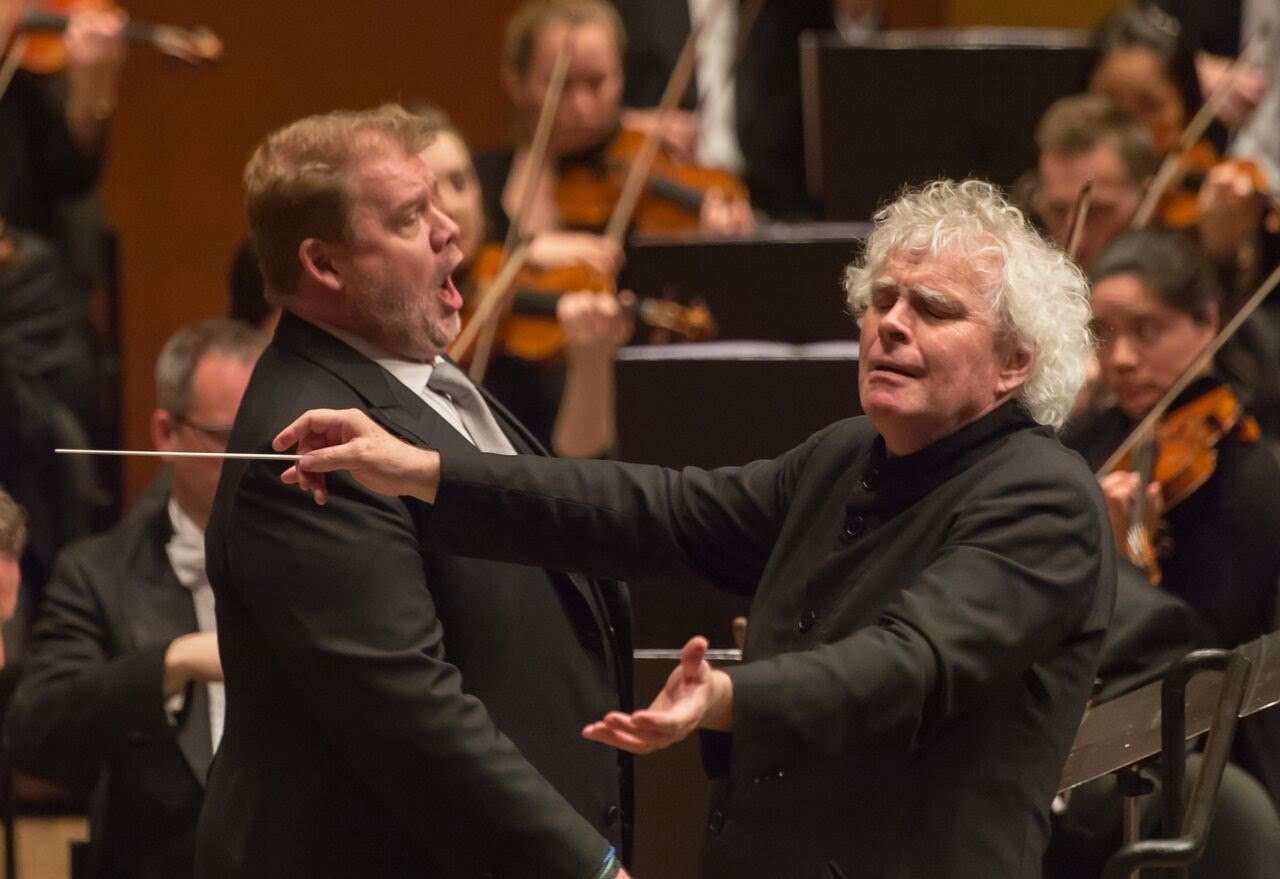 In ‘Der Einsame im Herbst’ (The Solitary One in Autumn) and ‘Von der Schönheit’ (Of Beauty), Gerhaher used his lyric qualities to essay softer, yet vivid word-pictures. He and Rattle maintained perfect balance and flexible tempos that allowed every word to be heard. In the final movement, ‘Der Abschied’ (The Farewell), which is almost as long as all that has come before it, Gerhaher gracefully spun out the vocal line in which the writer likens the cyclical patterns of Nature to the emotions of bidding goodbye to a departing friend. Ultimately, accompanied by the celesta, words added by Mahler envision the Earth’s eternal renewal in Spring blossoms, with Gerhaher’s “ewig” (forever) becoming fainter with each repetition, silence sustained until well after the music had stopped sounding.

Mahler’s scoring varies considerably from one movement to the next. Rattle did a superb job of creating perfect atmospheres, the LSO on terrific from. Interludes punctuating the vocal passages were excellent, most notably the forceful, accelerating depiction of galloping horses in ‘Von der Schönheit’ and the funereal central section of ‘Der Abschied’.