Whatever the overkill, 2020 does enable a modicum of lesser-known works by Beethoven to gain high-profile performances – not least among them Christ on the Mount of Olives, which here given a repeat hearing from the London Symphony Orchestra and Sir Simon Rattle. 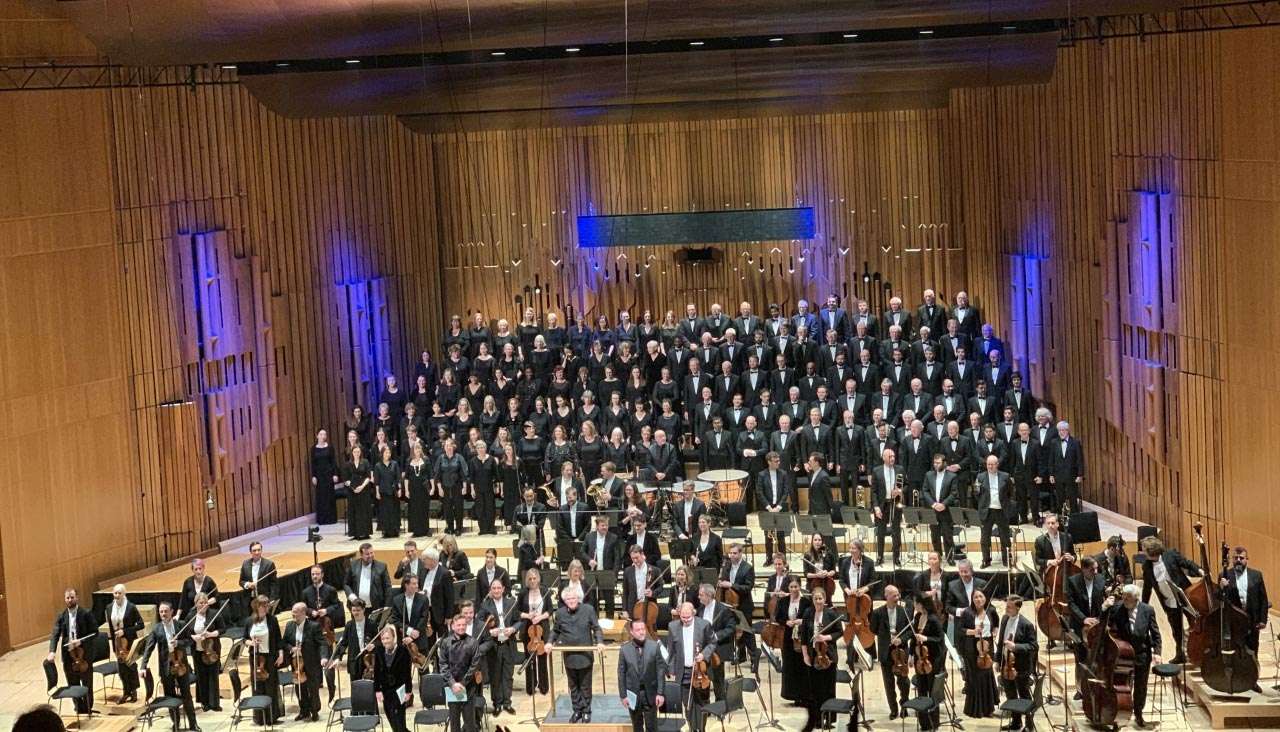 Of all the pieces written in the months prior to the Eroica Symphony, this oratorio (the composer’s only such designated work), whatever its intrinsic failings, points most clearly in the direction that Beethoven was headed over the ensuing decade. Certainly, the expressive ambit of his opera Leonore (Fidelio) is unmistakable in the succession of recitatives and arias that, drawing on the legacy of Handel, vividly conveys Christ’s conflicted emotions in the Garden of Gethsemane on the eve of His arrest then subsequent humiliation and crucifixion. What shortcomings there may be result more through Franz Xaver Huber’s all too episodic libretto than any lack of musical conviction, even while Beethoven had yet to learn how best to infuse his contrapuntal writing with the cumulative dramatic or emotional impetus found in the masterpieces of his maturity.

The present reading accordingly played to the work’s strengths. A touch over-wrought in his initial arias, Pavol Breslik yet conveyed Jesus’ acute self-doubt and ultimate acceptance of his fate with unwavering immediacy. In this he was ideally complemented by the Seraph of Elsa Dreisig, consoling and encouraging by turns, with David Soar acquitting himself ably in the brief but dramatically crucial role of Peter. Nor was there any doubt as to the incisiveness or definition of the London Symphony Chorus in its increasingly elaborate contributions, and it may have been the work’s unfamiliarity that prompted Sir Simon to relax his often over-zealous approach in Beethoven and render this score with evident enjoyment of its clear-cut if rarely unsubtle expressive ardency. Good to hear that LSO Live is issuing a recording in due course.

The present series of concerts to mark the 250th anniversary of Beethoven’s birth have also featured music by Alban Berg. Tonight, Lisa Batiashvili was the soloist in the Violin Concerto that was its composer’s last finished work, the melange of diverse and ambivalent emotion given coherence by its simple if unfailing logic of formal design. Anticipating the dramatic arch of the whole, the initial Andante was deftly dispatched and moved seamlessly into the Allegretto with its alluring evocation of feminine guile and effortless allusion to a Carinthian folk-song.

The second part was hardly less involving – Batiashvili wholly in command of those technical challenges in the Allegro that makes explicit the piece’s defining crisis (during which Rattle’s accompaniment was at its most perceptive), and with a spellbinding transition into the Adagio whose Bachian undertow makes possible a catharsis as plangent as it is affecting. Perhaps its most notable feature was the continuity of pulse through to a rapt culmination then on to the coda in which thematic elements from across the piece find unity and ultimate transcendence.

An impressive and involving performance of a work whose startling originality all too often feels dulled by repetition. Worth noting, moreover, that Rattle will be conducting more Berg during the LSO’s just-announced 2020-21 season with a scenic presentation of the composer’s opera Wozzeck.