Bartók
Music for Strings, Percussion and Celesta
Bruckner
Symphony No.6 in A [edited by Benjamin-Gunnar Cohrs for the Anton Bruckner Urtext Complete Edition] 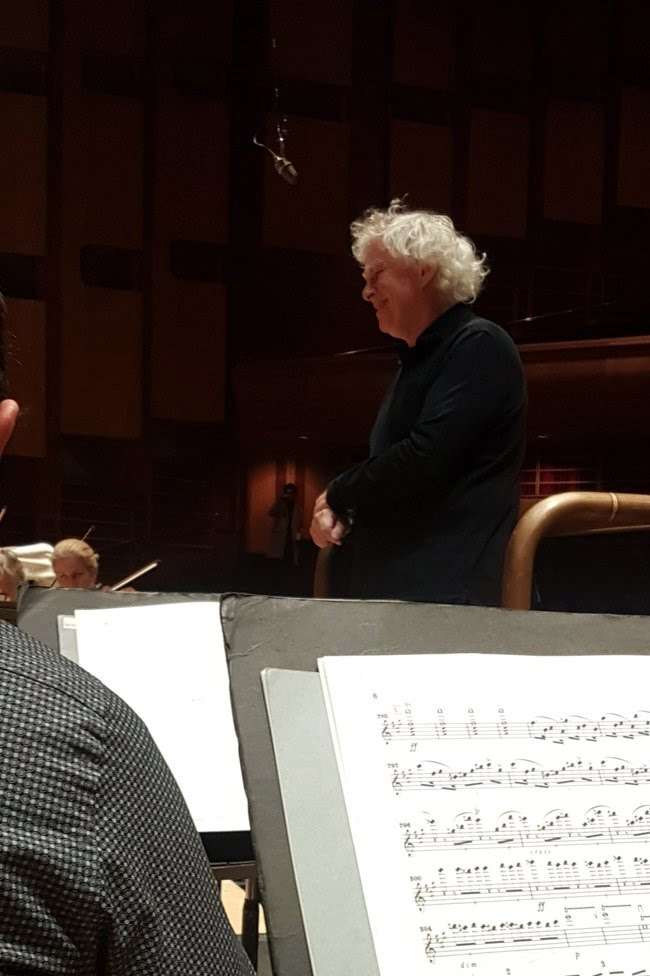 Often regarded as the Cinderella among Bruckner’s mature symphonies (as even the composer himself also seemed to think in a roundabout way, calling it “Die Keckste” – the saucy or impertinent one, in a pun on its ordinal number in German, Die Sechste) No.6 appears to have gained more frequency in programming recently than it used to. Not only repeating this concert in London from a week ago, and taking it on tour to Hungary and Poland in between, with future presentations in Austria and Germany in late-February, Sir Simon Rattle promoted the work in 2016 with the Orchestra of the Age of Enlightenment, and Daniel Barenboim also featured it at the Proms in the same year, for example.

Rattle did not take it at quite such a speed with the LSO as he had previously with the OAE, but he used again the Benjamin-Gunnar Cohrs edition as back then, being the first publication of a lightly revised version by Bruckner with amendments to articulation and texture. Certainly the performance was generally lucid and flowing here, pointed up with hefty brass at all the right moments to give it the gravitas that seasoned Brucknerians would savour.

Rattle rather wilfully ignored the Majestoso marking of the opening movement, taking it fairly briskly with the opening ostinato in the violins issuing more like a high-pitched stutter than the clearly-delineated, portentous rhythm it should be that comes to underpin and drive the momentum of the whole movement. The performance rarely stopped for breath, rubato being in short supply. But he pleasingly brought out the radiant major-key colours of the successively more brilliant harmonic sequence of alternating horns and trumpets which sound the principal melody in the coda – the passage described by Donald Tovey and cited by Robert Simpson as “passing from key to key beneath a tumultuous surface sparkling like the Homeric sea” – in a way rarely matched, to my mind, either in performance or on record, except by Eugen Jochum with Staatskapelle Dresden.

The other movements found a happy balance between the timbres of the LSO’s string and brass sections, and also in terms of the moderate tempos Rattle generally selected, neither stalling nor pressing ahead too peremptorily, as required by Bruckner (a solemn Adagio, the Scherzo not too fast, and the Finale with movement, but [also] not too fast). The Adagio flowed with an apt religious solemnity, shadows cast by the sombre-hued brass and the threatening taps on timpani with hard sticks, but lightened eventually by the strings and their long descending scale at the climax.

The stern throb from the double basses – placed imperiously in a line at the back of the orchestra – also opened the Scherzo forebodingly, with the mystery heightened by the reticent pizzicato in the Trio. The Finale was duly proportionate in its pacing and dramatic vigour, rounding off the most consistently satisfying performance of a Bruckner symphony from Rattle that I can recall.

In the first half came Bartók’s Music for Strings, Percussion and Celesta. The strings were less lush, but this music generally demands something different from Bruckner’s sustained paragraphs of sound, although there is a similar contrast between the serious, the dance and the folk-like. Rattle achieved a compelling arc in each of the four movements. In the opening Andante tranquillo the strings were deliberately hollow at first, building up in sonority towards the climactic cymbal crash, and then gradually drawing down again into indifference. The Allegro introduced rhythmic jaggedness, settling down into unorthodox order (in Classical terms at least) with the jazzier section where the piano enters. Following that, the night-music of the third movement Adagio remained, rightly, edgy and restless with the twitching of nature evinced by percussion echoing the sense of human anxiety that shudders elsewhere in the music, however much those rumblings might otherwise remind one of similar musical landscapes by Messiaen. Again, in the Finale the ensemble was rhythmically taut and vigorous, clinching Rattle’s dynamic interpretation of this work whilst at the same time respecting its timbral variety and richness.