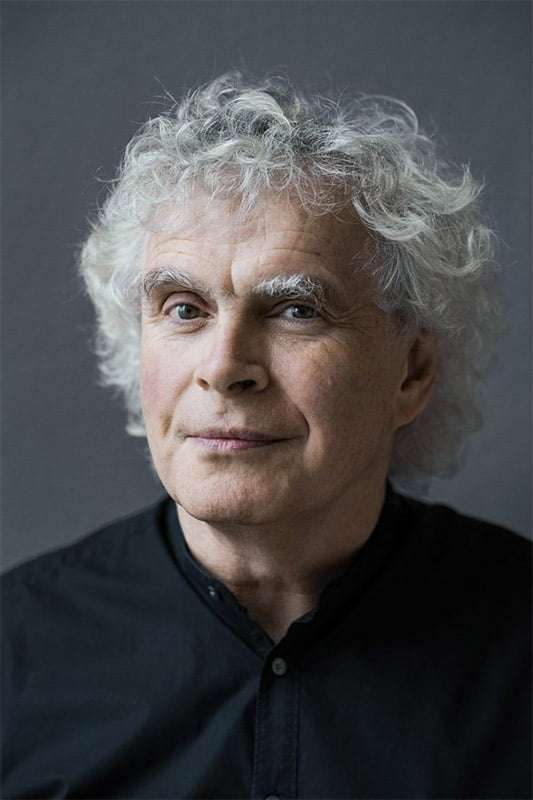 It was with Mahler that Simon Rattle first announced his presence on the conducting scene well over four decades ago, thus it made sense that this composer dominate his first season as Music Director of the London Symphony Orchestra with the valedictory final three of Mahler’s symphonic works.

From the outset an advocate of the Tenth Symphony in Deryck Cooke’s edition, Rattle has hitherto avoided interpreting the Ninth as a statement of finality. Perhaps the emphasis is now shifting, given the breadth and passing enervation of the latter’s opening movement. Or was it more a case of this Andante unfolding at a tempo which sounded by no means ‘commodious’? Not that the underlying pace was in itself inflexible, but the approach to then come-away from climaxes (a process of interlocking sections which is the most impressive of Mahler’s sonata-rondo designs) had an emphasis which at times bordered on the hectoring, for all that those more introspective passages evinced exactly the right sense of otherness. The coda, moreover, was rendered with a poise and finesse as can seldom have been equalled – itself confirming that the LSO is ‘in tune’ with Rattle to an undeniable degree.

By the same token, the second movement’s increasingly sardonic play on Ländler rhythm was vividly and engagingly despatched, if arguably a little too emphatic in more demonstrative episodes. The central span felt a little too inflected, almost threatening to come adrift from the greater whole, but the final minutes were again spellbinding in their repetitions of the basic motifs as these fragment beyond coherence. Rattle used to favour a broad and even didactic tempo for the ensuing ‘Rondo-Burleske’, and though his approach is now appreciably swifter, it can feel stranded between sarcasm and desperation such as robs the movement of its essential violence. The contrapuntal intricacy of this music was unerringly conveyed, and the Trio (rightly) trod a fine line between soulfulness and parody, yet the closing pages conveyed little more than an immaculately propelled acceleration.

Rattle’s take on the final Adagio again seems to have broadened, though this is likely not so much a result of slower tempos than a tendency to focus on each episode in turn without these merging into a greater whole. The more inward of them were again informed by distinguished contributions from the string and woodwind principals, not least in that minor-key transition towards the movement’s culmination which conjured playing of burnished splendour. Nor was expressive concentration found wanting in the approach to the coda, yet this latter – while superbly sustained in terms of its gradual evanescing into silence – felt somehow un-affecting; almost as if the sheer conviction of playing left little room for that human frailty such as this music needs to convey beyond all else. One was left with the letter of Mahler’s intentions, rather than the motivating spirit that informed them.

The first half provided further evidence of Rattle’s commitment to new music with a first hearing for Woven Space, the latest and most ambitious orchestral work by Helen Grime. Most impressive is its eponymous central section, drawing inspiration from the organic sculptures of Laura Ellen Bacon in music which adroitly interweaves textures of greater and lesser activity in an eventful polyphony. By contrast, the opening ‘Fanfares’ lacked impetus and the closing ‘Course’ the momentum needed to sustain this sequence overall, for all that the LSO met its technical demands with due virtuosity.