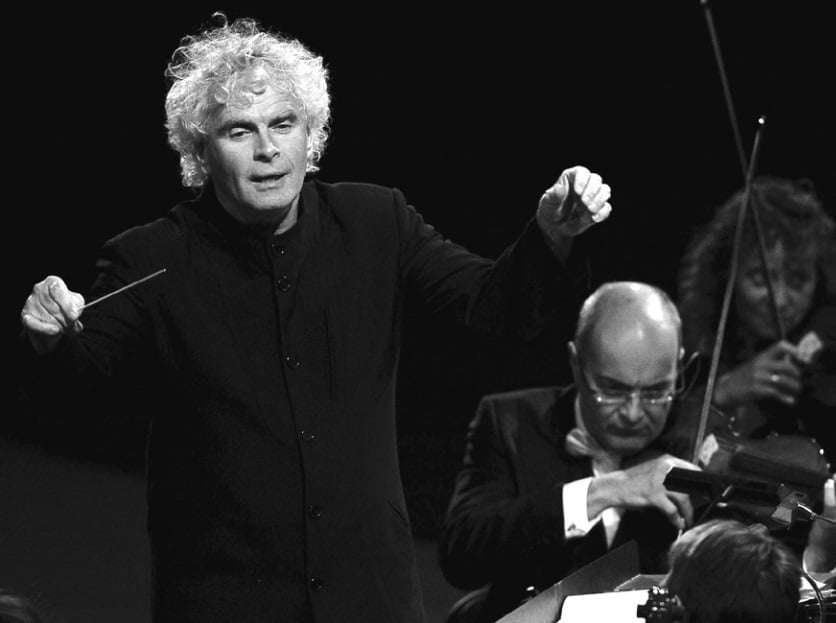 Simon Rattle’s return to the LSO for the closing two concerts of this Season follows his confirmation as the orchestra’s Music Director from September 2017, hence the palpable anticipation that marked his appearance at the start of this programme.

Not that applause for Krystian Zimerman was any less marked. Making his first appearance at the Barbican Centre in almost 30 years, his rendering of Brahms’s First Piano Concerto (1858) was never less than impressive. Gone was the studied inhibition such as marred his and Rattle’s recording from over a decade ago (Berlin/DG); instead the opening Maestoso unfolded with a sure sense of where its fatalistic import was ultimately headed – the only (relative) proviso being the marked deliberation going into the development section, from which momentum was only regained with effort, though the explosive lead-in to the reprise was just that while the coda ratcheted up tension accordingly. Here, as throughout this performance, the integration of soloist and orchestra ensured the music’s formal logic was never outweighed by its expressive rhetoric. 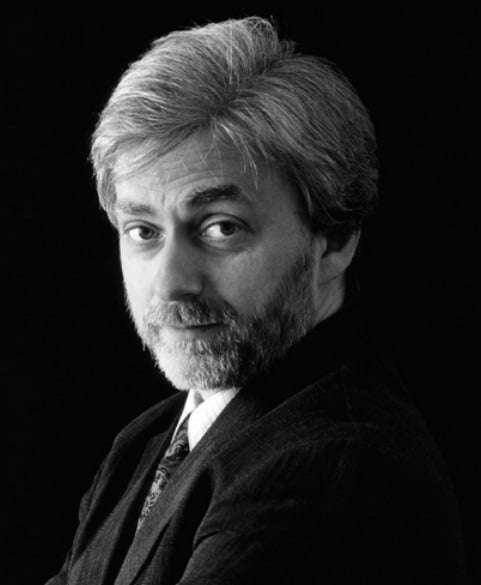 The remaining two movements evinced no tailing-off of commitment. Warmly introspective without its underlying motion becoming at all turgid, the Adagio exuded disarming radiance in such as the return of its main theme and the latter’s exquisitely delayed re-emergence at the end, while the finale was launched with a coursing energy as held good throughout the fugal exchanges and the tonal sideslips of its central episode – through to a finely articulated ‘cadenza’ which made possible the rapt then increasingly decisive affirmation towards the close: by no means the only way to interpret this titan among Piano Concertos, but one that left no doubt as to its conviction. Those seeking an encore were to be disappointed: Brahms’s D minor Concerto is not that kind of piece, any more than Zimerman is that kind of pianist.

The second half brought an interesting sequence of less-familiar Dvořák. The last of his four symphonic poems to draw on ballads by Karel Erben, The Wild Dove (1897) is less indebted to its literary source than its predecessors and the most closely integrated formally. Rattle had the measure of the initial section with its gaunt processional and darkly ironic gestures that no doubt impressed Mahler (who championed the work in Vienna). The extrovert central span, with its overtones of celebration and dance, were seamlessly integrated into the whole, with the tragic climax the more impressive for not pre-empting the final section with its distant recollection of earlier motifs, then its tonal elision towards a closing benediction that gained markedly from the poise Rattle found as the music reached its ultimate resting-point.

The Golden Spinning Wheel (1896) has always suffered a negative press on account of its supposedly slavish adherence to every detail of Erben’s text, resulting in a nearly half-hour piece that conductors sometimes perform in Josef Suk’s judicious abridgement. Having recorded the work complete in Berlin (EMI), Rattle here opted for this skilfully truncated version – sustaining its musical and dramatic tension so that the respectively knightly and guileless character of its main themes were drawn into an evolving process evoking, not depicting, those supernatural and chivalrous episodes on the way to a heightened reprise and apotheosis of engaging verve. Mahler was once again discernible in an extended sonata-rondo of the kind he was to explore intensively in his later Symphonies: so much, then, for this piece having no discernible form.

Acting as effective transition between these very different works, the D-flat Slavonic Dance from Dvořák’s second series (1887) summoned an affectionate response from the LSO in its subtly bi-tonal harmonies and the lilting charm of its central episode. Rattle might have made this sequence even more cohesive by conducting it straight through, avoiding clapping, though the outcome was hardly unpersuasive on its own terms – while the C-major Slavonic Dance (Opus 72/7) was on hand for an unexpected if scintillating conclusion to this eventful and rewarding concert.