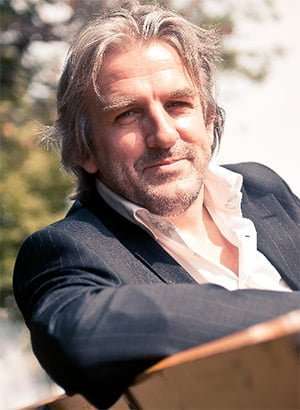 This pairing of Richard Strauss’s early (he had another sixty years of composing to go) and concise Burleske juxtaposed nicely, at least on paper, with Mahler’s massive Sixth Symphony (and reminded of a recent Prom, in 2011): both are works with a plaintive heart that dovetails with devilish rides. Thomas Dausgaard was making his LSO debut.

Barry Douglas proved an enticing soloist in the Strauss: he’s got rhythm, and he evoked the turbulence and witty asides of this most original music and the LSO caught its swirling and dizzy mix, strings especially, possessed with strident momentum. Nigel Thomas had the measure of the timpani part: the opening motto theme was deftly given, the provocation of the orchestra embedded and in conversation rather than merely prominent. Thomas Dausgaard, though, kept the roguish Strauss at bay; he allowed some playing to be lax and loose, though the ducks-and-dives through the music towards the close ratcheted up the tension to a spellbinding close.

Mahler 6 can easily stand alone, and the memory of the Strauss suffered, such is the overwhelming vision of this music. A bit of housekeeping: Dausgaard observed Mahler’s intention of placing the Andante as the second movement. To be clear: when first published and at the first rehearsals the scherzo was the second movement. 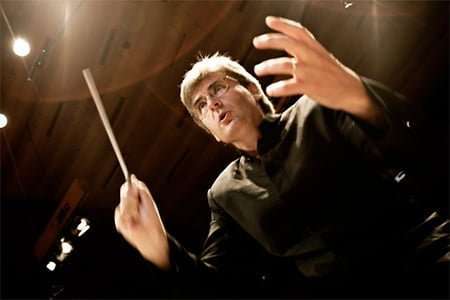 At some point Mahler changed his mind, and requested errata notices to be issued for the printed scores to the effect that the ordering of the middle movements be switched. It was performed thus in all the accounts during his lifetime. Oh, to whom it may concern, Lorin Maazel observed the first-movement repeat with the Philharmonia Orchestra in 2011 (link below, and to Robert Matthew-Walker’s dissertation on the order of the middle movements, where the debate currently rages!)

Dausgaard’s intentions were clear from the outset: effect over substance. The first movement’s opening (repeat observed) was glossed over, the difficult-to-pull-off ‘heavy, but marked’ qualification ignored, and the off-stage cowbells were almost inaudible. The most captivating playing was in the Andante, this supreme creation deftly balanced: serene seduction tinged by darkness and with emptiness at the core, and the closing glissando made for a heart-stopping moment. The scherzo (the first movement on steroids!) was tame, Mahler’s glorious colours dimmed. Whooping horns were erotic, but the last ounce of biting satire was missed. Dausgaard made heavy weather of the finale (with two hammer-blows): this most fantastical of soundworlds was disjointed to begin with, but it came together in common-purpose for the ascents. The LSO covered itself in glory throughout with superb playing: the brass deserves special mention. The final explosion and fade-out pulverised and elicited a prolonged silence, and was effective for it, but this emotional response was too late to save what was a generally shallow account.