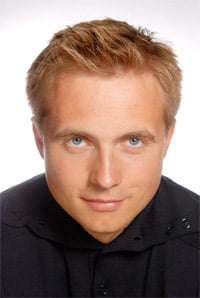 Vasily Petrenko is a young man going places. He currently resides with the Royal Liverpool Philharmonic Orchestra as Principal Conductor (his contract now extended until 2012). Reports from concerts in Liverpool have been very favourable and some RLPO/Petrenko music-making can be shared by all through Tchaikovsky recordings – excerpts from the three ballets (on Avie) and, later this year, the Manfred Symphony (from Naxos).

Vasily Petrenko has a keen ear for dynamics, colour and articulation. In Rachmaninov’s Paganini Rhapsody such concern constantly drew the ear away from Ayako Uehara. She was overshadowed – as much by the clarity of orchestral detail as by her own lack of personality, which was further hampered by a lack of tone above forte and with a percussive attack that was merely functional. Alert fingers is one thing, having emotional nerve-ends is another – Rachmaninov without the latter isn’t Rachmaninov. She was more persuasive in quieter, slower sections, while remaining slightly at ‘one remove’, and although by the work’s closing stages she had developed more tone and 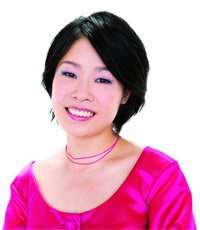 internally-generated scintillation this came too late to make for a complete experience. From all concerned, Uehara now developing some convincing rubato beyond previously brittle phrasing, Variation 18 was made integral, the LSO’s strings capturing a passionate sweep. As an encore, Uehara offered Rachmaninov’s Prelude in G (Opus 32/Number 5), poetic, yes, but lacking intensity.

Shostakovich’s greatest if most perplexing symphony, Number 15 (original, economic, surreal, deeply introspective, fantastical – and scrupulously symphonic), was given a very individual reading, one that miscalculated in the last movement but which was further evidence that Petrenko is his own man and gets results. Whether a model for Petrenko or not, his view of the symphony is similar to that of Kurt Sanderling; just at the moment, though, Petrenko is not enough under the music’s skin to justify what were amazingly slow tempos in the second and fourth movements – giving the lie that you have to be old or called Celibidache to give music space – the finale stretched to more than 20 minutes, longer than Sanderling’s already-distended vision.

It was here though that Petrenko miscued, taking the finale at a consistent Largo (the marking is Adagio – Allegretto, but with no sign of the latter indication). The music was embalmed, the final enigma of ticking percussion robbed of hallucinatory effect and, indeed, its own line – but what singularly impressed was Petrenko’s control of tension and climax-building. The second movement (Adagio – Largo) was similarly static, to greater effect – if intruded upon by various carpentry and catering ‘bangs’ from outside the auditorium – with Tim Hugh (cello) and Dudley Bright (trombone) offering very sensitive solos (Hugh intense and gruff, Bright suggesting a lost soul), the glowering climax concentrated with remorseless tread.

The opening movement, begun as a ‘proper’ Allegretto, but lurching forward, introduced the “William Tell” Overture quotation in deadpan style (its appearances ain’t meant to be funny!) and also made explicit the explorations of sound and its construction that Shostakovich was pursuing at this late part of his life in a symphony that is not as subjective and rhetorical as more highly-prized examples of hiis orchestral music are – but this final symphony still has it all, including references to his Fourth and Tenth Symphonies, to Wagner, and also a whole range of make-of-them-what-you-will inventions. At 55 minutes, and with hardly a pause between movements (the second and third are already linked), those with an interest in timings will be able to gauge Petrenko’s extension if not the aural result – hopefully when he comes to record this work for Naxos (he is slated for a RLPO Shostakovich symphony cycle), Petrenko will stick to his view – it isn’t definitive but it is fascinating and demands to be heard.

To begin the concert was the thirteenth of the unadvertised UBS commissions to young UK-based composers. Joseph Phibbs (a student of Harrison Birtwistle, Steven Stucky and Param Vir) has already impressed with several works. Shruti (sacred Hindu texts – “divine truth revealed”) continues Phibbs’s admirable relationship with ‘the orchestra’ and it may be taken as a compliment that Shruti, at four minutes or so, is too short – there seems a longer piece here in the exotic and raucous opening (an Indian-music jam-session?) and the ensuing luminously scored reflection, both parts of the diptych being evocative. If there’s a doubt, it’s whether the clarinettist (Michael Whight on this occasion) needs to stand. Petrenko and the LSO gave a thoroughly fine first performance.