Sergei Eisenstein’s ambitious plan was to make three epic films about the life of Tsar Ivan IV (Ivan The Terrible, 1530-1584). Two were finished, both lasting over three hours each – the first released in 1945, but the second was suppressed by the Soviet authorities until 1958, and the third only reached a reel or two (Eisenstein died in 1948 at the age of 50). As for this director’s film of “Alexander Nevsky”, Prokofiev wrote the music, but, unlike that previous collaboration, the composer did not fashion a concert-work from his score, although he did re-use some of it for the ballet The Stone Flower and for the opera War and Peace. It was left to Abram Stasevich, who had conducted the soundtracks of the Ivan films, to concoct an oratorio (with added narration) that was first heard in 1961, several years after Prokofiev’s death (in 1953, on the same day as Stalin’s demise was announced). Stasevich (1906-71) made a commercial recording of his Ivan creation. Although there is some striking invention in Prokofiev’s cinematic handiwork, whether or not Stasevich’s 25-number, 70-minute piece quite holds together is another matter. (There are later editions by Michael Lankaster and Christopher Palmer, the latter omitting speech.) 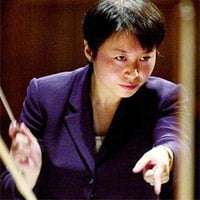 This current LSO performance (it recorded Lankaster’s version with Mstislav Rostropovich a while ago) was very good, and often moving, just losing out in the faster music – Prokofiev at his most rhythmically fecund – being a little held-back in tempo and lacking ultimate emotional whiplash. One might applaud the diminutive Xian Zhang for her analytical and assured approach to galvanising her forces, and the LSO for its unanimity and spot-on balances, but some of this music is battle-scarred and should head straight for the listener’s jugular. It did thirty-five years ago (or thereabouts) when Riccardo Muti and the Philharmonia Orchestra electrified the Royal Festival Hall with an astonishing account of Stasevich’s compilation, including metal-plates to simulate tumultuous church bells, so that the LSO’s tubular variety (in comparison) were tame. Even so, despite missing the required hair-raisingly fast tempos and the most-biting articulation, the LSO’s concert performance was a triumph on its own terms and brought the house down, not that the Barbican Hall was anywhere near full. There was much to savour. Rob Heaps, thankfully speaking as Nature intended, without amplification, brought his Russian scholarship and acting skills fully to the task without exaggeration or hamming. Catherine Wyn-Rogers brought Slavic intensity to her contributions (“Ocean-Sea, sea of deepest blue” sung with real feeling), and Alexei Tanovitsky, having waited an hour for his two-minute turn, was a charismatic presence, but his rabble-rousing was held in check by the conductor’s too-deliberate tempo. The London Symphony Chorus was marvellous, not least in a wonderful moment of private vocalise. 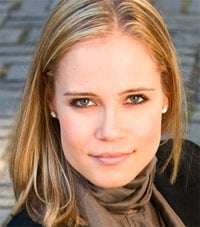 There are times when Prokofiev seems to look back too consciously at “Alexander Nevsky” (‘if it worked for that, it’ll work for Ivan’), but there is some beautiful and corking music that Stasevich did well to preserve and, courtesy of the LSO, was painstakingly prepared and vibrantly projected, save for the occasional lack of drive and emotional headiness. It says something for Leila Josefowicz’s account of the First Violin Concerto that it was not overshadowed by such ‘silver screen’ grandiosity. In the absence of a starting work (Prokofiev’s foot-tapping and swaggering March in B flat, Opus 99, which exists in versions for military band and for orchestra, would have been a brilliant three-minute opener), we were plunged cold into the concerto. However unsatisfactory such an arrangement continues to be, the shivery rustle of orchestral strings and Josefowicz’s pungent tone and operatic delivery soon took the listener into an expressive (the violinist warranting a ‘bravo’ for using portamento) and macabre world, her playing full of character, and more or less surviving a coughing assault from someone in the audience who might usefully have left the auditorium. With a central scherzo both swashbuckling and sexy, Josefowicz not afraid to rough things up tonally, and a finale that journeyed eventfully and arrived full-circle, this was an action-packed twenty minutes, Xian Zhang’s attentive conducting drawing a punctilious accompaniment and including some very personable and pertinent woodwind solos.