As Sir Colin Davis’s recuperation continues, the Japanese conductor Yutaka Sado took the lead in the programme of two valedictory works, dedicated to Kieron Moore, the LSO’s principal oboe, who died last year. There was a fine in memoriam, written by principal flute Gareth Davies, in the printed programme. 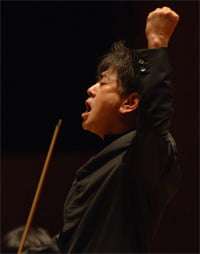 Sado, an assistant to Bernstein and Ozawa, has worked extensively in Europe, and this was his LSO debut. One couldn’t help feeling a bit of sympathy for him taking on a programme tailored so expectantly to Sir Colin’s tastes and strengths, but even so this was a pretty unsettling event. The LSO played superbly, notably so in the Elgar, but you felt that this owed little to the histrionics emanating from the podium, reminiscent of those caricatures of Mahler conducting, and Sado’s event-led style didn’t suggest much in the way of overview. 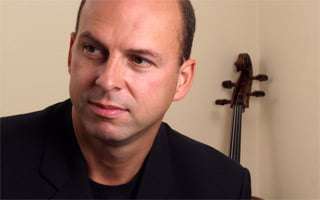 In the Elgar, overview lay very much under the hands of Tim Hugh, the LSO’s principal cello. This was far from being a grandstanding performance, and it was charged with subtleties of personality and imagination. For those who feel that ego-fuelled, hyperbolic defiance is not the point of this concerto, the opening here seemed to be trying to pin down Elgarian reticence and regret before it escaped into the first movement’s eloquent stream of consciousness. The way in which Hugh balanced the public and private aspects of the music was masterly, and his lightly-worn control of form deferring to expressive needs suggested who was really in charge. Hugh’s nimble, muscular playing in the second movement had an uneasy element of skating on the thin ice of nostalgia for youth, and the meditative quality of the Adagio was unashamedly distracted and other-worldly. Hugh extended his psychologically complex view of the concerto in the finale, in which he placed impressive weight side by side with a volatility anticipating where the music was really heading. The mixed messages of the closing bars, as a result, came as no surprise, leaving this already enigmatic concerto more than usually open-ended. Hugh’s performance was tantalisingly full of insight and identification, touchingly serious and objective, with a lightness of tone that hinted at ‘soul’ rather than trying to reproduce it. The LSO’s playing proved how Elgar’s spare scoring gives the concerto its chamber-like intimacy.

The Requiem is one of Mozart’s overtly public works, an aspect of it taken to extremes by Sado’s pressurised direction. His tempos, especially in the ‘Dies irae’ and the fugues, may have showed off the fine singing of the members of the London Symphony Chorus (from memory), but they compromised the impact of the Latin text and made the gap between the Requiem as a concert work and as a liturgical piece into a chasm. Elizabeth Watts’s contribution was characteristically Mozartean, and radiant in her ‘Introit’ and ‘Domine Jesu’ solos. Maximilian Schmitt was similarly well suited in a stirring ‘Mors stupebit’, and the quartets, with the big mezzo of Daniela Lehner and Andrew Foster Williams’s solid baritone, were most effective. Sado’s driven approach robbed the ‘Lacrimosa’ of its climactic ardour, and for all the superb choral singing this was not a Requiem to harrow the soul.