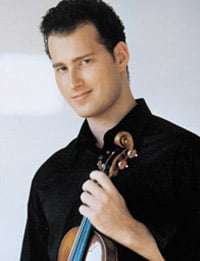 There is a long-established tradition of string-players moving into conducting. Many subsequently distinguished conductors have made the transition. Nikolaj Znaider, here making his UK debut conducting the LSO (having already conducted it at the Enescu Festival in Bucharest last month). The Wagner was the least satisfactory part, expansive and grandiose but, with internal balances frequently awry, it was often difficult to hear the wood for the trees. Best was the tender affection of the quieter sections. Elsewhere there was impressive amplitude to the string-playing but it was too-often submerged by the brass. 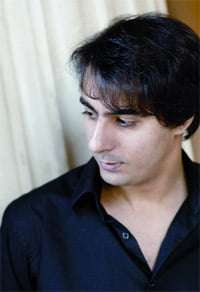 Better was to follow with a thoroughly musical account of Schumann’s Piano Concerto. Saleem Abboud Ashkar is a Palestinian who has performed regularly with Zubin Mehta and Daniel Barenboim and he previously collaborated with Nikolaj Znaider at the Risør Festival in Norway; he was chosen by Christoph Eschenbach to play this concerto in Düsseldorf at the Schumann Birthday Concert last year. This was at once intimate and dreamy, the most effective moments being the gently reflective A flat episode at the heart of the first movement and the transition into the finale where the moon passes briefly over the face of the clouds as the key changes to the major. Znaider and Ashkar treated it very much as a concertante work – with notably fine contributions from oboe and clarinet – but ultimately this very pliant and yielding account left us short-changed on adrenaline and the final pages hardly set the pulses racing.

Best of all was the Brahms. Perhaps the sheer richness of the string-writing – to wit that wonderfully affecting epilogue in the slow movement, here given with real depth of tone – had something to do with it, but it was notable too that Znaider hit on a conspicuously apt tempo for the first movement, expansive but maintaining an impressive forward momentum.

At the risk of introducing a slight sting in the tail, one sometimes longed for the music to slip the leash and take wing fully – on occasion it all felt too tightly choreographed and too carefully enunciated. There is a tendency for non-conductors to over-conduct, dotting every I and crossing every T, as sometimes happened here. Yes, there have been many fine string-players who went on to become great conductors – Toscanini, Barbirolli and Munch to name but three – but they started life as orchestral musicians. Perhaps there is a distinction to be drawn between an ensemble player, particularly a leader who, acting as an orchestra’s bridge and spokesperson to the conductor, must know instinctively what is happening in all sections of the orchestra, and a soloist who is the cat that walks alone. What was never in doubt was the self-evident warmth and empathy of the relationship between Znaider and the LSO, and there was too an unusually inward quality to Gareth Davies’s flute solo in the finale.