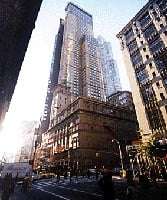 It’s not uncommon for a concert experience to elicit enormous levels of gratification and well as being disconcerting. This Carnegie Hall event proved to be just such an occasion.

The Lucerne Festival Orchestra, revived in 2003 by Claudio Abbado, consists of a core membership – the Gustav Mahler Chamber Orchestra – plus many of the finest orchestral, chamber and solo musicians in Europe. While the LFO may only play a few concerts each season, the sound is quite remarkable: a dark, warm central-European sound, with a richly colored wind section, and strings capable of some of the most remarkable pianissimos I have heard. One does not expect the precision or incisive playing of America’s ‘big five’ orchestras, but it was far more cohesive than one might expect from even a high-calibre “pick up” orchestra not used to playing in Carnegie Hall, with its excellent acoustics but somewhat difficult listening conditions for players. 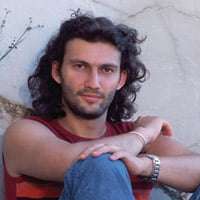 Abbado was unable to conduct these concerts due to illness; at short notice, David Robertson was engaged to lead the first two concerts, both of which featured Beethoven’s ‘Choral’ Symphony (the opening night also featured that composer’s Piano Concerto No.4 with Murray Perahia). Robertson has been getting glowing notices since taking the helm of the Saint Louis Symphony Orchestra. The performance was far and away the fastest Beethoven Ninth this listener has experienced in the concert hall – 64 minutes, including a long pause between the first and second movements to seat latecomers, and with all repeats in the scherzo observed (taken propulsively, though not with great urgency and intensity) – and I could not help but conclude that the orchestra had scrupulously prepared (and already performed) a far different vision of the work under Abbado.

There did seem times when the orchestra, particularly the winds, were phrasing large sections of the work for more moderate tempos — particularly in the slow movement, which sounded on the one hand uncomfortably rushed, one the other played with remarkably subtle phrasing and sweetness. Nevertheless, the orchestra did an overall excellent job of adjusting to Robertson’s tempos, which worked most successfully in the first movement, where the orchestra’s wide dynamics, vehement articulation and remarkable transparency were revelatory, and in the finale, which had a fleetness and fluidity closer to the ‘Eroica’ Symphony’s last movement than the sometimes overwrought ‘grandeur’ that too many conductors bring to the Ninth. 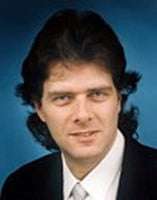 The finale, without question, stole the show. The introduction had an almost wry Rossinian spirit, the orchestra running the gamut from restrained to euphoric, culminating in Reinhard Hagen’s invocation, which had an unexpected balance of Apollonian and Dionysian spirit. The quartet of vocal soloists sung with spirited, shining optimism – not the most perfect blend of voices, but with a high level of ensemble, balance and dramatic diction. And the glorious Westminster Symphonic Choir, one of the nation’s finest such ensembles (it’s sometimes hard to believe they are all still in college), showed remarkable dynamic, diction and tonal control, particularly the put-upon sopranos, saddled with much material in the high range. The ‘Turkish March’ variation, taken at a faster-than-usual (and arguably more ‘authentic’) tempo, was particularly charming and colorful, transitioning seamlessly to the fugato, played with bracing momentum, The slower choral and vocal passages sounded positively festive – far more in line with the optimistic vision of Goethe’s texts than the ponderous tempos some conductors choose.

Balances throughout – which can be particularly tricky – were nothing less than ideal. All in all, the concert proved to be an exciting experience, quibbles and all. This is without question an orchestra not to miss. Hats off to David Robertson for stepping in and here’s hoping Abbado has an opportunity to lead ‘his’ band on its next visit to this side of the Atlantic.