Skip to content
LnRiLWNvbnRhaW5lcltkYXRhLXRvb2xzZXQtYmxvY2tzLWNvbnRhaW5lcj0iNmIzNDMzNmNmZTc3NWZiNGJlMTVjMmIwMzU3NWM1MjYiXSB7IHBhZGRpbmc6IDI1cHg7Ym94LXNoYWRvdzogNXB4IDVweCAxMHB4IDAgcmdiYSggMCwgMCwgMCwgMC41ICk7Ym9yZGVyOiAycHggZG90dGVkIHJnYmEoIDEwOSwgMTA4LCAxMDgsIDEgKTsgfSAudGItZmllbGRbZGF0YS10b29sc2V0LWJsb2Nrcy1maWVsZD0iODM3Y2ExZjc0MGRjZDdkOTdlMzQzOWMyYjIwMWZmZTMiXSB7IGJhY2tncm91bmQtY29sb3I6IHJnYmEoIDIzOCwgMjM4LCAyMzgsIDEgKTtwYWRkaW5nLXRvcDogMTBweDtwYWRkaW5nLWJvdHRvbTogMTBweDtwYWRkaW5nLWxlZnQ6IDEwcHg7IH0g
LnRiLWNvbnRhaW5lcltkYXRhLXRvb2xzZXQtYmxvY2tzLWNvbnRhaW5lcj0iNmIzNDMzNmNmZTc3NWZiNGJlMTVjMmIwMzU3NWM1MjYiXSB7IHBhZGRpbmc6IDI1cHg7Ym94LXNoYWRvdzogNXB4IDVweCAxMHB4IDAgcmdiYSggMCwgMCwgMCwgMC41ICk7Ym9yZGVyOiAycHggZG90dGVkIHJnYmEoIDEwOSwgMTA4LCAxMDgsIDEgKTsgfSAudGItZmllbGRbZGF0YS10b29sc2V0LWJsb2Nrcy1maWVsZD0iODM3Y2ExZjc0MGRjZDdkOTdlMzQzOWMyYjIwMWZmZTMiXSB7IGJhY2tncm91bmQtY29sb3I6IHJnYmEoIDIzOCwgMjM4LCAyMzgsIDEgKTtwYWRkaW5nLXRvcDogMTBweDtwYWRkaW5nLWJvdHRvbTogMTBweDtwYWRkaW5nLWxlZnQ6IDEwcHg7IH0g
Handel
Solomon – The Arrival of the Queen of Sheba
My heart is inditing
Harp Concerto in B flat, Op.4/6
Zadok the Priest
The King shall rejoice
Jephtha – Overture
Let thy hand be strengthened
Messiah – Worthy is the Lamb … Amen
LnRiLWNvbnRhaW5lcltkYXRhLXRvb2xzZXQtYmxvY2tzLWNvbnRhaW5lcj0iNmIzNDMzNmNmZTc3NWZiNGJlMTVjMmIwMzU3NWM1MjYiXSB7IHBhZGRpbmc6IDI1cHg7Ym94LXNoYWRvdzogNXB4IDVweCAxMHB4IDAgcmdiYSggMCwgMCwgMCwgMC41ICk7Ym9yZGVyOiAycHggZG90dGVkIHJnYmEoIDEwOSwgMTA4LCAxMDgsIDEgKTsgfSAudGItZmllbGRbZGF0YS10b29sc2V0LWJsb2Nrcy1maWVsZD0iODM3Y2ExZjc0MGRjZDdkOTdlMzQzOWMyYjIwMWZmZTMiXSB7IGJhY2tncm91bmQtY29sb3I6IHJnYmEoIDIzOCwgMjM4LCAyMzgsIDEgKTtwYWRkaW5nLXRvcDogMTBweDtwYWRkaW5nLWJvdHRvbTogMTBweDtwYWRkaW5nLWxlZnQ6IDEwcHg7IH0g

The Choir & Orchestra of The Sixteen
Harry Christophers 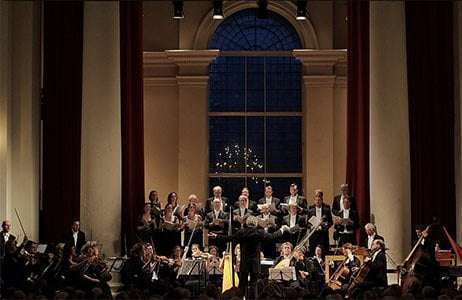 “The Year 1714” is the theme of this season’s Lufthansa Festival, celebrating the 300th-anniversary of the Hanoverian succession to the British throne. This served as a cultural watershed as well as a political one, not least in securing Handel’s continued presence in London, whose influence completely eclipsed that of all other native composers during the rest of the 18th-century. His music comprised the whole of the Festival’s opening concert.

It opened appropriately with a royal welcome, Harry Christophers and the Orchestra of The Sixteen giving a brisk and vibrant account of ‘The Arrival of the Queen of Sheba’. The centrepiece of this programme was the four Anthems which Handel composed for the second Hanoverian coronation – that of George II – in 1727. All four performances were rather restless and nervous in tempo, tending to efface any ceremonial grandeur in the music and to skate over its dramatic effects with indifference. For instance, the moderate volume held throughout the instrumental introduction to Zadok the Priest, a brief diminuendo, then a loud choral outburst, sounded more like a deconstruction of the score than a unified majestic affirmation.

The excitability of the interpretations worked best in the sense of joy and fun communicated in the opening section of Let thy hand be strengthened. It was in that Anthem that Christophers drew the greatest contrast among the movements with The Sixteen’s sullen lines in ‘Let justice and judgment’ followed by a fuller, more relaxed and sustained sound in the final section. The stepwise ascent of the “Alleluia” melody in The King shall rejoice was sensitively shaped by the Choir, but the swift pace elsewhere simply made the performance enervating instead of exalting. If I did not know that, in 2014, the United Kingdom was still a monarchy, I might have thought that it had become a republic in which it was an anachronism and an embarrassment to perform these works with anything other than a subdued manner, also unintentionally making them sound ironic in the process. 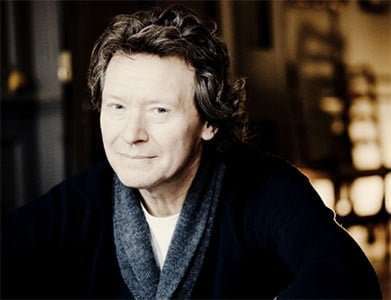 In the middle of the first half came the B flat Concerto from Handel’s Opus 4 set, in his version for harp. After a promising start with the addition of delectable-sounding recorders, the performance lost its way in the concertino episodes between Frances Kelly and David Miller on harp and theorbo respectively. Partly this was due to the fact that the sound of their baroque instruments did not carry very well in the large temple-like space of St John’s, and at times the harp-playing seemed to peter out almost entirely. Nor did it help that the harder plucked timbre of the theorbo dampened that of the harp’s softer brilliance, though at times the latter gained a steely edge like a sitar.

In the Overture to Jephtha, The Sixteen Orchestra pre-empted the oratorio’s tragedy only in the strenuous chords and upward runs at the end of the fast section, and the Minuet was omitted. The two final choruses from Messiah concluded the concert, and were again taken with impulsive swiftness, with the musical sense of the semiquaver runs on “sitteth upon the throne” only just preserved. However, the web of counterpoint in the final ‘Amen’ was sufficiently sustained to culminate in a more dignified, regal manner.