The “Luigi Nono: Fragments of Venice” festival shifts focus this week to the Royal Academy of Music, for a series of talks, discussions and concerts featuring musicians drawn from the Academy. This concert featured music by Nono alongside works by his colleagues, and also a postgraduate from the RAM. 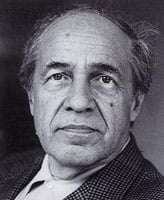 It made sense to open with A Pierre (1986) – Boulez – as this is a paradigm for the music of Nono’s last decade. Although the instrumentation is reduced to the extreme timbres of contrabass flute and contrabass clarinet, the extensive interplay between the two, coupled with the role of electronics in shaping and diffusing the resultant sound in space, creates a dense but ethereal polyphony of voices in which the distinction between ‘live’ and ‘created’ components is all but removed. It helped that Adam Walker and Elizabeth Mace were evidently inside an idiom that so challenges pre-existing notions of performance.

Following this with Alexander Campkin’s Noontides (2007) was not especially to the latter’s benefit. Not that Campkin’s piece, unfolding in wave-like layers to a relatively decisive central point then back along a modified trajectory to its initial intangibility, was in itself unsatisfying (while seeming closer to the later music of Morton Feldman than of Nono); rather that its content felt insubstantial as a result of the actual material rather than the means with which it was deployed. Christopher Austin ensured a purposeful onward movement, even so, then directed the Manson Ensemble in an account of Boulez’s Dérive I (1984) that brought unexpected dynamism to its overlaid flurries of notes as they coalesce before gradually dispersing: dedicated to Sir William Glock it may be, but the piece suggests the compositional preoccupations of both composers – Boulez and Nono – were not as far removed as might be supposed. 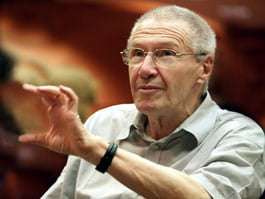 After the interval, four brief but expressive settings of Rimma Dalos that comprise György Kurtág’s “Requiem for the Beloved” (1991) were finely rendered by Georgia Ginsberg and Simon Lane. A pity his “Omaggio a Luigi Nono” – for mixed chorus – was impracticable in context, as it would have provided a more substantial way into Nono’s “Omaggio a György Kurtág” (1983/6) that ended the concert. Heard in its shorter (18- rather than 35-minute) version, the work yet leaves a powerful impression – the instruments from the first piece joined by tuba and mezzo (the excellent Meilyr Jones and Natalia Brzezinska), and with the latter’s contribution derived from the phonemes in the dedicatee’s name. These evolve into an abstract vocal line that interleaves with the instrumental parts, all four being enfolded into another of the luminous textures that Nono creates through the use of live electronics.

A South Bank performance some years ago was ruined by an inattentive audience: tonight’s account was not cough-free, but it did allow the intangible impact of the music to come through unhampered.

Much of the success of the Nono performances was due to Milton Mermikides, whose handling of the electronic component evinced a real appreciation of how best to utilise the performance space to the benefit of the works in question. Earlier in the evening, he and Patrick Nunn had been project leaders in the “Electro-Exchange” that featured collaborative pieces from Open-Academy students – inspired by the practices of later Nono. Given these pieces had come together in the space of two days, the musical interest of all three was undoubted: for the poise with which solo trumpet played off against an imaginative ‘environmental’ backing – Echoic, by Silverley Allen and Dan Harle, was the highlight.