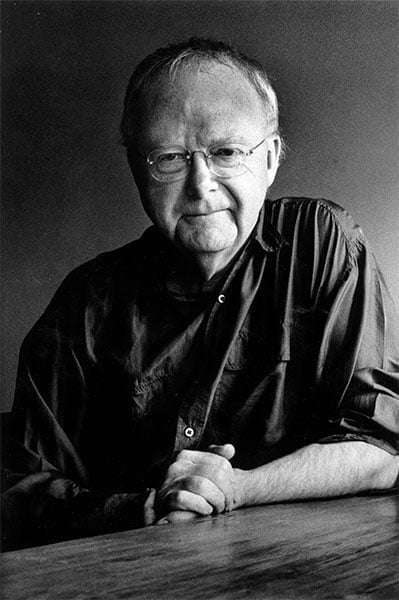 As a welcome adjunct to the next day’s Louis Andriessen Total Immersion, the Barbican Centre here presented one of his large-scale theatrical works. Described as a “Film-Opera in Five Parts”, La Commedia (2008) not surprisingly takes its cue from Dante – with interpolations from such as the Song of Songs, Psalms and 17th-century Dutch playwright Joost van den Vondel. The underlying intention is of a Dante-esque journey from juxtaposed and latterly simultaneous perspectives of the Dutch ‘golden age’ and present day. As previously in Andriessen’s operas, this scenario is at once abstract and allegorical; seeking to evoke a supra-reality that confronts intensely moral issues. This pivoting between dramatic archetypes has made Andriessen one of the most vital of current opera composers and always engrossing in his contextual insight.

Formally this work consists of five distinct (also through-running) parts – though, unlike in some of Andriessen’s earlier stage-works, these cannot be heard in isolation from each other. The first focuses on “The City of Dis, or the Ship of Fools” relating an arrival at the infernal city in readiness for the journey at hand, while the second is entitled “Racconto dall’inferno” and is concerned with the initial stage of Dante’s odyssey. The third centres on “Lucifer” and his proclamations as to the eternal damnation of humankind, while the fourth brings a Bosch-like perspective in “The Garden of Earthly Delights” with its evocation of purgatorial striving. The fifth, “Lutte Etterna”, takes the narrative through to its conclusion with an apotheosis of paradisal transcendence; pointedly undercut by a children’s chorus and its nonchalant pay-off. 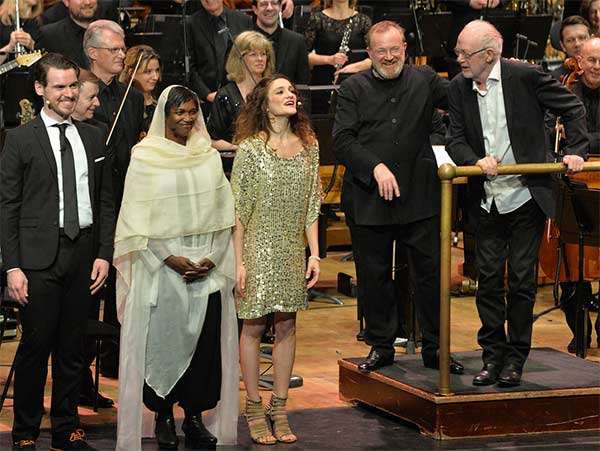 There are four solo roles, of which two are designated soprano and tenor, with the other two of a more generalised nature. Of the latter, Cristina Zavalloni represented Dante – a recurring figure who is frequently subsumed within the scenic environs so that ‘he’ became almost an amorphous presence. No less an unconventional depiction, Andrew Sauvageau yet dominated those episodes where Lucifer comes to the fore – his protestations towards Heaven and desire to avenge himself on God were of telling potency; a typical Andriessen sleight of hand is his re-emergence as Cacciaguida, the Italian crusader (and great-great-grandfather of Dante) who bemoaned the degradation into which medieval Florence had fallen as a result of overt “social mobility”. Christopher Watson contributed a deftly elegant cameo as Casella, poet and singer whose friendship with Dante led to his (now lost) settings of a number of the latter’s poems. Claron McFadden’s Beatrice appeared a no less ambivalent ‘love figure’, guiding Dante on the culminating stages of his journey yet whose idealised presence was eloquently conveyed. 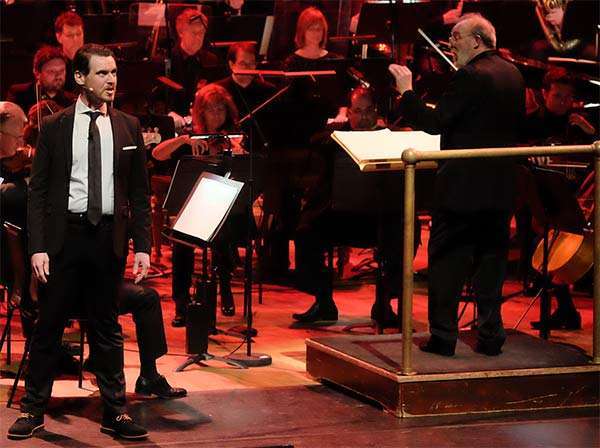 While it was understandable that Hal Hartley’s original film presentation was not used on this occasion, Kenneth Richardson’s concert staging needed more than his always resourceful use of lighting – especially during those earlier stages where the scenic action is not necessarily conveyed through the music. This latter is not in itself a radical departure, with Andriessen’s favoured vocal declamation and expanded ensemble of winds and strings (what he memorably termed his “terrifying 21st century orchestra”) moving in rhythmic unison rarely absent, even if its usage felt less overtly polemical and aimed at more internalised, if hardly passive ends.

Martyn Brabbins summoned an accurate though never inflexible response from the BBC Symphony Orchestra, finding an appealingly expressive light and shade in the cabaret inflections of the fourth part. The contribution of Synergy Vocals was securely integrated into the musical texture, but that of Finchley Children’s Music Group seemed a little obscured at least on its first appearance, while Anke Brouwer’s brief electronic inserts sounded incidental to the point of being redundant.

Such reservations aside, this performance made a convincing case for La Commedia as the most wide-ranging and (in the most positive sense) approachable of Andriessen’s operas – without any sacrificing of that provocation as remains the essence of his musical aesthetic.