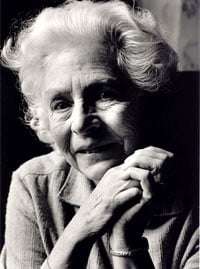 2007 has seen a fair number of events commemorating Dame Elizabeth Maconchy’s centenary, but this revival of two operas is likely to be a highlight – as this aspect of her work has scarcely received its due. Indeed, there seems to have been no professional revivals since their respective runs at Sadler’s Wells in 1959 and 1962. All the more appropriate that this should have been undertaken by a young company of aspiring professionals who grasped the opportunities offered with alacrity.

One-act opera has a notable British lineage – stretching back at least to Holst and culminating with Malcolm Williamson and Richard Rodney Bennett in the 1960s. The previous decade had seen notable examples from Malcolm Arnold and Lennox Berkeley, and it is the latter’s “The Dinner Engagement” – in its combining of ‘comedy of manners’ with elements of post-war farce – that may have been inspired “The Sofa” (1957), for all that Maconchy’s dramatic approach and musical idiom is decidedly her own.

The libretto, derived from Crebillon fils‘s play by Ursula Vaughan Williams (whose recent death ought to see a reassessment of her considerable literary activities), is an effective amalgam of morality and farce. It centres on the plight of Prince Dominic – who, when caught inflagrante with Monique (his latest conquest) by his sorceress Grandmother, is transformed into a sofa; from which guise he will be freed only when a couple makes love on top of him. Having been frustrated by Lucille’s seduction of her Suitor at the opposite side of the room, his prayers are granted when Monique returns with Edward (an old flame) and promptly seduces him on the sofa. Breaking free from his ‘prison’, Dominic rounds on Edward – who at length retreats out of annoyance and embarrassment – and then forgives the compromised Monique, to the obvious approval of their assembled friends and fellow partygoers.

A racy story-line calls for an equally action-packed score, and Maconchy’s 40-minute piece does not disappoint. While she might have found some of Alessandro Talevi’s direction a little OTT (cocaine-snorting was hardly widespread even among the idle rich of that time), a period recreation of 1950s’ excesses would not have made the point to the same degree. Together with Madeleine Boyd’s gaudy sets and Ryszard Andrejewski’s lurid costumes, the staging duly left little to the imagination – as characters who might well have been those ‘celebs’ familiar from today’s free newspapers (Monique’s resemblance to a particular singer surely not being coincidental?) pursued their reckless existence.

Vocally, the performance was variable – Josephine Thorpe not quite having a weight of tone or force of presence that Grandmother surely requires, and George van Bergen looking and sounding too young to make Edward credible in context. Nicholas Sharratt was superb as Dominic, persuasively combining bravado and self-pity, yet winning audience-sympathy after his – brilliantly realised – transformation. Sarah Tynan was teasing and alluring as Monique, while as Lucille, Alinka Kozari overwhelmed Patrick Ashcroft’s halting Suitor by a wide margin, and there were characterful cameos from Anna Lease and Patricia Orr as the happy-go-lucky Laura and Yolande. Dominic Wheeler was alive to the stylistic parodies that confirm Maconchy was nothing if not familiar with the operatic repertoire as a whole.

Dramatically, “The Departure” (1961) could not have been more contrasted. This half-hour work has just two protagonists. Having been killed in a car accident, Julia returns to the home she shared with Mark, only gradually realising the circumstances that have set them apart. He, in turn, becomes aware of her presence and implores her to remain; she, being aware that his is a life still to be lived, urges him to accept she can no longer be there and – despite his fervent protestations to the contrary – withdraws across the metaphorical ‘bridge’ that separates the living from the dead.

It would have been easy to make Anne Ridler’s libretto a very British treatment of aspects from Schoenberg’s “Erwartung” or Poulenc’s “La voix humaine” (a likely precursor in its narrative detail), but Maconchy avoids this with a score that, while closer to the Bartókian pungency of her instrumental works, is elegantly shaped and dramatically controlled on its own terms. The emotional intensification is powerfully sustained, and if the music marginally loses focus when she and Mark recall their past happiness together, then the closing minutes are undeniably moving through their understatement. 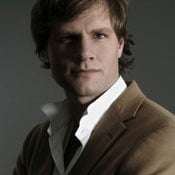 It helped that the two roles were so finely taken – with Louise Poole (undoubtedly a mezzo to look out for) excelling in a role that it would be easy to render melodramatic, and Håkan Vramsmo hardly less eloquent in a role that starts out in support, only to have (necessarily) assumed dominance at the close. The production succeeds in its stark but not detached representation of a room only gradually and fitfully returning to life and Dominic Wheeler meets the very different demands of dramatic pacing with conviction. “The Departure” is a notable rediscovery, and one that should not be allowed to fall back into neglect now that its dramatic and musical qualities have been made this explicit.

Overall, the evening was a considerable triumph for Independent Opera. Perhaps “The Three Strangers” (1958) – Maconchy’s other one-act opera – could at some point be added to make a triple-bill? Meanwhile, do catch either of the remaining evenings in the present run.