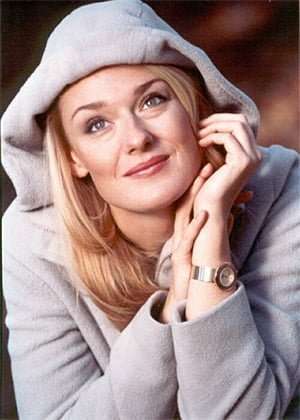 This recital will have done much to substantiate Ravel’s stature as a song composer. Of the three collections, widely differentiated, two of them showed the central partnership of singer and pianist at their best in virtuosity and understanding of style. Supplemented to these conventional forces was the experimental instrumental combination for which Ravel wrote his Madagascan songs.

Histoires naturelles is the best known of the cycles, and Malcolm Martineau is entirely at home in this repertoire. On this occasion he was brilliant in conveying an aural picture of the creatures depicted and their physical environment. The effortless majesty of the peacock and the lack of urgency with which he considers the postponement of his marriage were there from the start in Martineau’s restrained treatment of the two figures which dominate the piano part. He set the tone also with his opening portrayal of the cricket’s lightness of movement (marked ppp) and in the sextuplets which describe the swan’s gliding on the surface of the water. In total contrast to this understatement was the raucous sound of the guinea fowl in the final song. It reappears in the final lines to threaten the other animals with the stabbing repeated notes which Ravel invented to represent her irritating cry. The conspicuous feature of Renard’s prose-poetry is the detachment with which he observes the animals. Even the swan is debunked: his feeding habits make him fat! But there are also telling moments of subjectivity. Human characteristics are attributed to the cricket, his actions compared to a householder securing his property. The poet asks out loud what he will do next. An atmosphere of hushed reverence surrounds the kingfisher: the poet is proud to be taken for a branch by him.

Magdalena Kožená was alert to both aspects: the detailed observation and the personal responses to nature. She enunciated the French text with well-practised attention to sound and intonation, while avoiding the temptation to add too much in the way of interpretative colour to her tone or make cabaret-style interventions. The matter-of-fact, conversational style of the opening work was followed by the profound spiritual involvement required of the singer in Deux melodies hébraïques, in the case of ‘Kaddisch’ nearly all unaccompanied. The vocal line combines perfectly the celebration of the glory of God with supplication. Here, Kožená’s fullness of tone, darkly coloured with melancholy, was exemplary. The tiny ‘L’énigme éternelle’ was given character by Kožená in the hint of irony she introduced to her musing “tra lalas”. 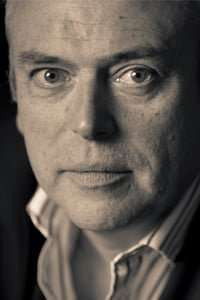 Chansons madécasses was commissioned by the American sponsor of the arts Elizabeth Sprague Coolidge, who stipulated that the work be scored for voice, flute, cello and piano. Ravel chose poems by Evariste Parny (born on the volcanic island now known as Réunion). The three poems offer great contrasts. The singer has to play the roles of lover in an erotic scene, political activist, and descriptive poet. ‘Nahandove’ is the narrative of an encounter between two lovers: the man awaits his beloved’s arrival at the place he has prepared. Stanzas are devoted to her arrival, their initial excitement, the intensity of their physical contact, the post-coital relaxation, her departure and anticipation of their next encounter, not long to be delayed. Kožená found no difficulty with Ravel’s highly sensual setting, which requires the performer to sing en travesti and its speech rhythms. The cello provides lyrical counterpoint, beautifully played here by Tomáš Jamnik. ‘Aoua!’ is a song of political protest, which relates the colonisation of Madagascar, with its attendant deception by the white man, and warns against trusting them. The passage portraying the betrayal of the native population brings all the instruments together in their low register, building in speed and volume until indignation bursts out. With ‘Il est doux’ the singer again impersonates a man. He is enjoying the idyllic atmosphere of late-afternoon in the tropics, the flute to the fore, calling on the womenfolk to dance and sing. But when he changes his instructions to something much more mundane – cooking supper – the magic spell is broken and it becomes clear that this is another attack, this time on a patriarchal society. This is first-class poetry and the musicians proved entirely up to the task of representing Ravel’s fine setting.

Haydn’s Arianna a Naxos is operatic in style; one cannot help regretting that it was never orchestrated. Much of what is described as accompanied recitative is in reality expressive arioso. Kožená’s interpretation reminded of the late Lorraine Hunt Lieberson, not perhaps in the detailed colouring of words and phrases but certainly of the immediacy of that artist’s singing and the daring with which she projected emotionally powerful music. The latter was particularly evident in the two climaxes of the final aria.

Kožená had performed Bartók’s Village Scenes twice in 2010 at Wigmore Hall with András Schiff, and she continues to find hidden profundity in the work. The theme of ‘Wedding’ is the ambivalent nature of marriage for a woman who gains materially while losing emotionally, as she can no longer enjoy the freedom of loving whom she wants. The music, initially rushed and excitable, also incorporates a reflective passage before it settles into a traditional celebratory dance, ending in a flourish which singer and pianist must co-ordinate (and did so very effectively). Motherhood has its own issues, as dealt with in the exchange of sentiments between mother and daughter in ‘Lullaby’. Martineau made much of the inventive accompaniments in which this work abounds, and his bravura opening to the final song was despatched with great exuberance.

Two encores were offered: Dvořák’s ‘My heart is full of sorrow’ and Janáček’s ‘Musicians’. Kožená is one of the elite of the current generation of dual-purpose (opera and song) singers. Her voice is a thing of beauty, with a surface which currently shows no evidence of any blemish, while its very wide range protects it from being subject to strain through over-exertion. Her musicianship enables her to do justice to settings of varied styles and periods. It is backed up by a formidable artistic intelligence and insight into music and text.