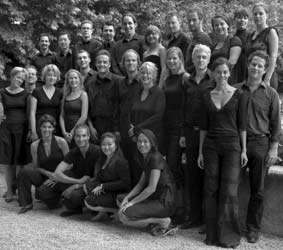 For many music-lovers and pianophiles, the name Pierre-Laurent Aimard is indelibly linked to music of the post-war avant-garde. Aimard first made his name as pianist for Ensemble InterContemporain, and he has been a tireless champion of György Ligeti, Pierre Boulez, Elliott Carter, and other contemporary composers. Four years ago, Teldec issued a complete cycle of Beethoven’s piano concertos that teamed Aimard with Nikolaus Harnoncourt and the Chamber Orchestra of Europe; the surprising juxtaposition of Aimard’s extrovert, characterful approach to Beethoven with Harnoncourt’s probing and ‘historically informed’ direction delighted many.

Aimard’s appearance as both soloist and conductor with the Mahler Chamber Orchestra (also the ‘core’ ensemble of the Lucerne Festival Orchestra) might have had one thinking that they were attending a belated “Mostly Mozart” concert: the program focused on three substantial classical-era works, with the modern-instrument orchestra fusing aspects of ‘authentic’ style playing and an unexpected fusion of crisp, almost American-style articulation with a warm, central European sound.

Mozart included many bold touches in his C major Piano Concerto (cataloged as K415), one of his earliest mature works in that medium; these include the first movement’s moments of ‘martial’ music for trumpets and timpani, and the unusually structured Rondeau’ finale with its second theme marked Adagio. Aimard and the orchestra made the most of these touches, as well as many other details. The dissonant outbursts that presage Beethoven were played with unusual timbral beauty. And the opening of the second movement was particularly striking, with the Mahler Chamber Orchestra’s remarkable string section sounding almost like a harmonium. 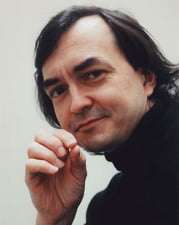 Aimard’s conducting is incisive and expressive, and his approach to Haydn’s Symphony No.102 exploited ‘authentic’ style to very original and unexpected effect. The carefully graded and intricate dynamics of the opening movement, particularly in its Allegro section showed the Orchestra’s virtuosity, but never at the expense of the music itself. The Adagio had unusually beautiful and expressive playing from the winds, who also relished the dissonance in the third movement’s trio section. The finale was played with brisk delicacy.

The program concluded with Beethoven’s Second Piano Concerto, a work very much in the debt of Haydn. One of the most distinctive contrasts with the previous works was a freer, more flexible approach to tempo, with Aimard and the orchestra in rock-solid sync throughout. Aimard’s smoothly-textured fingerwork in faster passages and cantabile phrasing in the Adagio were particularly attractive; the quiet pizzicato that accompanies the opening theme was played by the strings with remarkable beauty. All of the musicians made the most of the Beethoven’s mischievous off-the-beat accents in the finale’s main theme, with its final entry in the piano at a somewhat moderated pace seamlessly accelerating with the orchestra’s entrance to the original tempo, all to remarkable effect. Throughout, there was a sense that this was music by a young firebrand played not only with technical distinction but extrovert character.

Aimard offered what he called the “only” encore that could follow the Piano Concerto: Beethoven’s rarely-heard Rondo in B flat, a charming and daring movement that was in fact the concerto’s original finale. Aimard and the MCO had a ball with this not-so-trifling piece, an added, feisty treat and an upbeat conclusion to a very satisfying evening of collegial music-making.