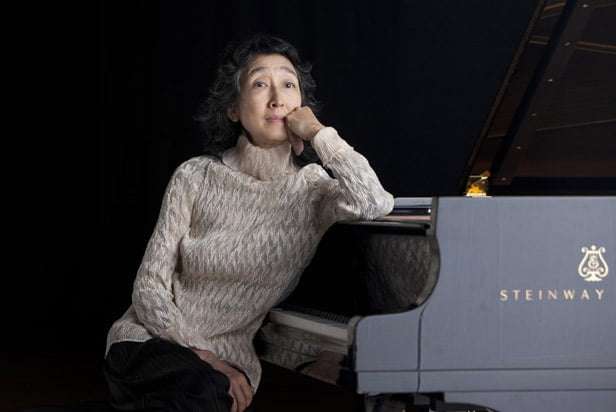 Like all the great Mozart players, Mitsuko Uchida knows that the music leaves the performer with nowhere to hide while the music itself hides a great deal. Uchida also is a genius at leading the listener through Mozart’s at-times uncompromising perfection to the point where you are in thrall to its sophisticated games of consequences and long-distance symmetries, in which every action has a reaction. After that, it’s down to Uchida’s overt but controlled emotional poise to cast its inimitable spell.

K453 is one of the group from 1784, a miracle year for Mozart, and it has the reputation of being one of his less challenging works. This left the field open for Uchida’s extraordinary, highly charged expression, made all the more potent by her relatively constrained tonal and dynamic range, and the first movement was notable for her subtle assertion of its shades of harmonic anxiety, with the cadenzas (her own) sounding ingratiatingly spontaneous.

With the lid-less Steinway’s keyboard facing the audience, she was directing the twenty-year-old Mahler Chamber Orchestra, the self-governing international collective of exceptional musicians, the thirty-six in this concert predominantly from European countries, led extremely well and with minimum fuss by Matthew Truscott. 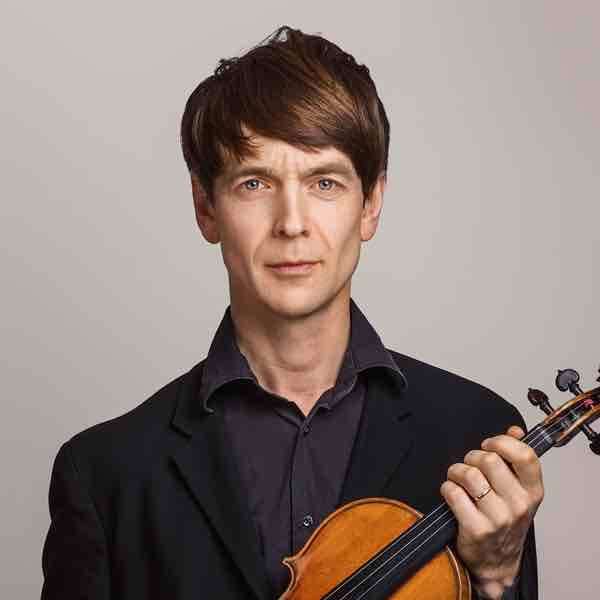 For the Mozart they adopted a fusion style of vibrato-free strings, ‘modern’ woodwind and, in K503, ‘period’ trumpets. Uchida’s conducting style, as you would expect, is both eruptive and rounded. In the tuttis, it was hard to tell whether she was shaping the music or vice versa, but when she was both playing and managing the occasional nod, glance or hand movement, you could sense a thoroughly grounded rapport with a mobile ensemble neatly fielded by Truscott.

The strings produced a lovely ‘period’ sheen for the Concertos’ slow movements, the translucent sound dovetailing with superbly sinuous woodwind-playing (from flute, oboes and bassoons). It was the perfect accompaniment for Uchida’s ultra-refined sense of intimate secrecy and dialogue. In K453’s Finale, Uchida flagged up some boldly articulated contrasts, but interestingly she didn’t exaggerate the trumpets-and-drums C-major grandeur of K503, its public statements undermined by the pathos of what follows. Also, in one of Mozart’s grandest works, Uchida didn’t try to force a massive Beethovenian sound and she found plenty of opportunities in the Finale’s gavotte for teasing rubato and rhythmic oomph.

There was plenty of the latter in Bartók’s Divertimento, the violin- and viola-players standing, which, with easy sightlines, delivered a tight ensemble, and it says something for the MCO’s musicians that they could manage a work as complex as this without a conductor. It was written in 1939, just before the composer emigrated to New York. The players didn’t spare on the first movement’s fierce rhythms, while their pizzicatos in the Finale were impressively together. It was in the slow movement, though, with Bartók at his darkest and most spectral, that their remarkable musicianship came into its own.