Performances of Mahler’s Symphony No.8 used to be a rarity anywhere; nowadays, hardly a season passes in New York City without at least one performance, this one being part of a series of Mahler concerts at Carnegie Hall featuring the Mariinsky Orchestra conducted by Valery Gergiev.

Orfeón Pamplonés and the Choral Arts Society of Washington dominated the present performance, and both of these solidly prepared ensembles’ unanimity of elocution and pitch, well-matched timbre, and stamina left a very strong impression, although there was a notable absence of a genuine pianissimo (let alone the double-pianissimo that opens the final choral section). The very fine Brooklyn Youth Chorus Academy sang with enthusiasm and excellent intonation, but were often overpowered by the grown-ups and had to resort to cupping their hands around their mouths to project a little more. A larger ensemble of children was needed; this was a serious miscalculation on the part of Gergiev. 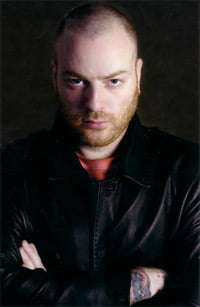 One detail that did work was Gergiev’s decision to position the seven vocal soloists on the far left of the stage – and a selection of singers that was for the most part outstanding. The ensemble singing was satisfying, especially the women’s trio about two-thirds of the way through the second-movement “Faust” scene. I wasn’t so impressed with tenor Sergei Shimishkur’s – issues with his vibrato and intonation were a bit distracting – but his characterization of Doctor Marianus was on target. Anastasia Kalagina’s surprisingly warm soprano was excellently suited to the role of Una Poenitentium, and Alexei Markov’s Pater Ecstaticus was sung with the proper measure of passion and mystery.

It’s a pity I can’t be as enthusiastic about the Mariinsky Orchestra. Gergiev was using a smaller-than-usual string section (only seven double basses), but it was still able to deliver impressive louder passages without the least hint of edge. The strings have a warmer, deeper sound than one has come to expect from Russian orchestras, rock-solid ensemble and intonation, and stunningly precise pizzicatos. Principal violinist Kiril Terentyev played the brief solo melodies with incisive character and real beauty. It was all a marvel of gorgeous sound, and that was one of the largest problems: Mahler’s characterful music often calls for less-than-pretty sonorities, and everything coming from this orchestra was sumptuous – too much so. The string playing in particular (excepting the pizzicatos) was so legato-laden and smoothed-out that accents and strongly rhythmic passages were blunted. And the only true pianissimos were achieved at the beginning of “Faust” movement; all of the other quiet music was one or two dynamic degrees too loud. The woodwinds sounded a bit anaemic and sometimes buried in the texture, particularly in louder passages. Gergiev reined in the brass far too much, and the soft-focus articulation robbed too many passages of declamatory power. There were a handful of intonation issues in the horn section during the first movement.

Gergiev seemed intent on keeping the transitions in the opening ‘Veni Creator Spiritus’ smooth and efficient, which robbed the music of its rhetorical character. Sections of the second movement were a bit better delineated, but Gergiev’s willful failure to heed many of Mahler’s tempo instructions – not to mention a number of unsanctioned rallentandos, tempo shifts, and fermatas – was simply baffling.

The result was a performance that sounded more like a generic late-romantic cantata than the music of Gustav Mahler. Based on this disappointing performance, one could easily conclude that Gergiev has no feel – or respect – for this composer’s music.