Women of the Westminster Symphonic Choir
The American Boychoir

In recent years Pierre Boulez has conducted Mahler’s Third Symphony in Carnegie Hall with the Vienna Philharmonic and, substituting for an ailing Claudio Abbado, with the Lucerne Festival Orchestra. While Staatskapelle Berlin is not quite in the same category as those orchestras, it is impressive in its dedication to the music and its physicality of playing. This naturally is most obvious in vigorous music, when the string-players dig into their instruments as if their lives depended on it, but they can also produce a most ethereal, floating pianissimo. One senses, moreover, that the musicians are eager to give it their all, responding passionately to Boulez’s economical style of conducting. He never has been a very theatrical conductor, and at age 84 he has refined his technique to the point of achieving maximum effect with minimal gestures. Rather than trying to beat the music into the orchestra he draws it out, molds it with his hands, and simply “exudes” the music, “Ausstrahlung” in German, projecting his ideas and concept onto an orchestra.

Boulez may not move much on the podium, but the climaxes he built in the first movement were earth-shattering, summits of gradually accumulated tension. Since he himself is a composer, he respects Mahler’s indications in the score and adheres to them, not slavishly but with only slight interpretative touches and phrasings added. As a conductor Boulez understands that Mahler needs neither exaggeration nor distortion, as unfortunately one so often hears, and is played to best effect when the composer is allowed to speak for himself through a sympathetic interpreter who is capable of executing both the large structures and the many expressive details of the music. Boulez succeeded admirably on both accounts.

The first movement was well-paced and tightly structured, never losing the underpinnings of the march (with fine solos by trombonist Joachim Elser), while the second movement was quite wistful, with very delicate and precise playing from the violins, and expressive solos from leader Wolf-Dieter Batzdorf throughout. The posthorn solo (presumably Christian Batzdorf, the first trumpet, but nobody was credited in the program) in the third movement was taken slightly faster than one usually hears it, but with a perfect sense of tranquility and ennui. 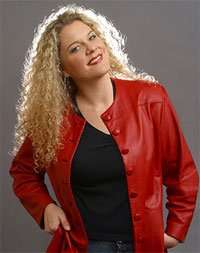 Michelle DeYoung was the soloist, as she had been in the ‘Resurrection’ Symphony the evening before, effortlessly floating even the softest notes with sincere expression over an exquisitely hushed background in the fourth movement, and producing a round, rich sound in the fifth. The women of the Westminster Chorus acquitted themselves very ably, while the 40 or so boys were barely heard.

As a musician Boulez is often described as cerebral, but especially during the finale his emotional engagement was palpable. Unfortunately he ignored Mahler’s instructions to have this movement follow the fifth without interruption and took time to seat the choirs, which ruined the magical transition from the last “Bimm” of the women to the opening pianissimo of the strings. From then on, however, he proceeded to spin out Mahler’s long line seamlessly, perfectly pacing it in dynamics and tension, reaching a glorious D major at the end, made even more spectacular with antiphonal timpani. This was a memorable and moving performance of Mahler’s Third.