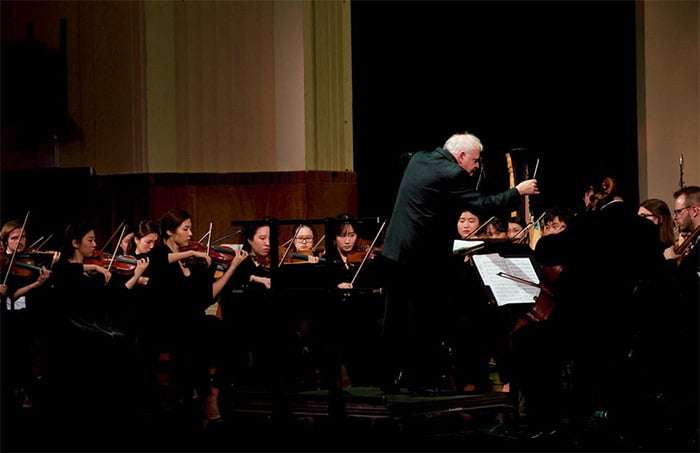 The Manhattan School of Music and Detroit Symphony Orchestra have joined to launch a Conductors Project, to help introduce young maestros to the joys and rigors of the art. Two recent MSM graduates selected by DSO music director Leonard Slatkin study with him to prepare works with the MSM Symphony Orchestra and, in January, spend a week in Detroit to observe every facet of running a major orchestra. This first week culminated in a free concert.

The evening opened with a rousing performance of Brahms’s Tragic Overture from Kyle Ritenauer, who has served as the principal percussionist of the Hudson Valley Philharmonic since 2011. He is also co-founder of the Bridge Arts Ensemble, a New York City-based organization reaching over 40,000 students annually. Brahms’s throbbing music was rendered with great passion even if the ensemble lacked polish at times; at the upper extremes, the strings’ timbre thinned noticeably, and the brass contributed some hiccups. 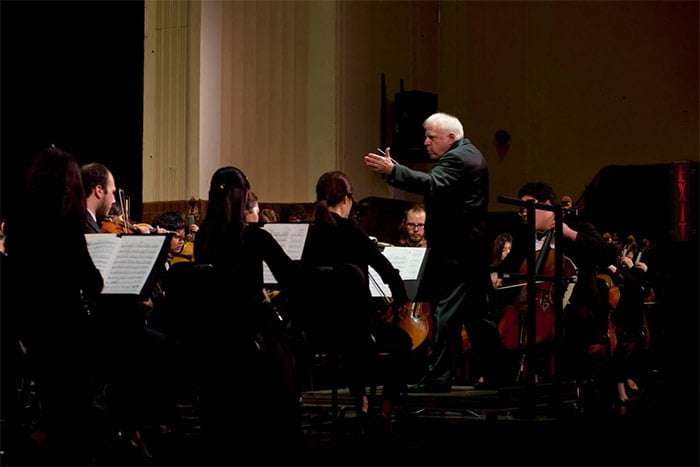 Earl Lee led the Suite from Aaron Copland’s 1944 collaboration with choreographer Martha Graham, Appalachian Spring. Lee, also a cellist, is the Royal Bank of Canada Resident Conductor for the Toronto Symphony, and with degrees from noted musical institutions. On the podium, he holds a statuesque presence, conducting with precision and sweeping gestures. Copland’s score includes many passages of complex rhythms, and Lee struggled to keep them cohesive. Furthermore, he milked the most iconic moments, including the celebratory mediation on the Shaker hymn ‘Simple Gifts’, reducing its impact. Lee’s greatest success came when he coaxed rather delicate playing from the strings, the players singing with one voice. Yura Seung-Jung Oh offered sublime violin solos.

The presence of Leonard Slatkin on the podium demonstrated what a great difference a seasoned conductor can make. With him the MSMSO rivaled any professional orchestra in its playing of Shostakovich’s emotionally impactful Eleventh Symphony, a powerful work depicting the first Russian Revolution in January 1905 in which hundreds of demonstrators were killed or wounded after protesting their treatment under Czar Nicholas II.

Slatkin drew expressive colors from the MSM musicians, such as in the solemn at-dawn first movement or then letting-rip in the graphic depiction of the violence of the imperial troops, its blaring brass and thunderous percussion becoming overwhelming. Throughout, Shostakovich conjures visceral imagery with his use of revolutionary anthems and recurring motifs, and his vivid scene-painting brought to mind his achievements as a composer of film scores.