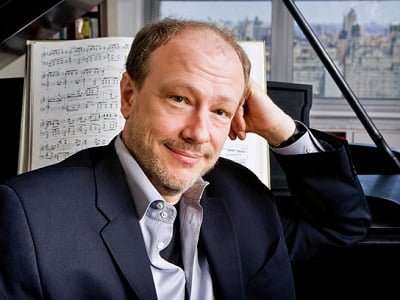 Marc-André Hamelin began a new season of BBC Radio 3 Lunchtime Concerts at Wigmore Hall with Schubert’s enigmatic second set of Impromptus. As Jessica Duchen intriguingly pointed out in her programme note, the touch of the modern grand is “considerably heavier than that of the pianos Schubert would have known”. That was certainly true in Hamelin’s relatively heavy-handed account of the first theme of the expansive opening Impromptu. While the structure of this work is straightforward, Schubert’s thoughts fluctuate as the music moves between the minor and the major. Hamelin managed to achieve continuity through a very graceful account of the second theme, adding shafts of light to the relative darkness of the first.

The third piece, a theme and variations, is to all intents and purposes a sonata-movement, strongly characterised and with a dreamy slow section. The second Impromptu had been suspended in time throughout, a ‘song without words’ but softly expressive. Hamelin exercised plenty of rubato here and in the final example, whose staccato theme began as if the pianist was typing it letter for letter with his right hand. The fractious outbursts after this were increasingly wild, capped with a helter-skelter descent from top to bottom, Schubert’s thoughts breaking off abruptly.

Leopold Godowsky’s re-workings of Chopin Études are not heard in public much, due principally to the fiendish technical demands they make on any pianist. Hamelin, who recorded the complete set for Hyperion in 1999, has lived and breathed these pieces enough to apply his own editorial acumen to complete the Study No.44, which began this selection. What is remarkable about this piece is the sheer profusion of notes around the theme, which Hamelin somehow kept in prominence above the swirling torrent of left- and right-hand figures. In this way Chopin was accelerated through time to stand next to Scriabin, with increasingly chromatic and far-reaching harmonies.

Hamelin then moved on to four Studies for left-hand, which were simply breathtaking in their virtuosity. Yet this is not athletics at the piano for the sake of display – it is music that still carries keen expression. Hamelin ensured this was the case by effectively splitting his left-hand for Study No.2, the thumb and index finger phrasing the tune while the other three fingers busied themselves with the accompaniment. Despite the huge muscular stretches Hamelin gave Study No.13 grace and delicacy, the speed of motion between notes not harming his sensitivity of attack, and the finely judged application of the sustaining pedal ensured the melodies retained their clarity. This was also the case in Study No.44, making its appearance in Godowsky’s original elaboration, before a stunning account of the ‘Revolutionary’ Study – a piece difficult enough in Chopin’s two-hand original – was heard played just by Hamelin’s left. The quickness of the hand deceived the eye, and although I checked on several occasions Hamelin was still using just the five fingers, and not even breaking sweat! There were audible intakes of breath from audience.

For an encore Hamelin doused the fires and gave us more Godowsky, an enchanted account of ‘The Gardens of Buitenzorg’ from the massive Java Suite of 1925. With strong hints of Scriabin and even a precursor of Messiaen, it left a perfumed afterglow.