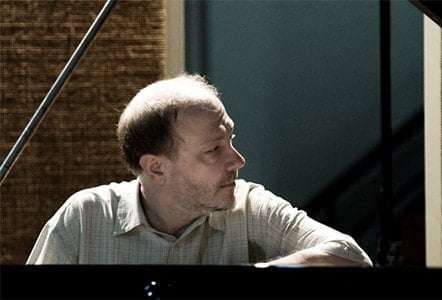 Marc-André Hamelin’s unmannered style combines brilliant technical skills with fervent expressivity that generates a wide range of emotions without ostentatious display. He is also a composer. Hamelin opened the program with his Barcarolle, an eight-minute neo-impressionist piece that rarely departs from a meditative mode. Its hushed sonorities contrast with a billowing rhythmic fluidity, creating a wistful atmosphere. Scalar and arpeggiated figurations are lightly sprinkled with mild dissonances in a manner reminiscent of the French composers known as “Les Six”. An undercurrent of melancholy darkens the atmosphere, with hints of melody appearing and disappearing into the web of polyphony. Only toward the close, as the music begins to fade, does a soft melodic phrase seem to hold the promise of a full-blown theme, but it stops short of fulfillment. From his insider’s perspective enhanced by brilliant artistry, Hamelin captured the music’s subtle imagery and pensive mood.

The first half of the program also included Nikolai Medtner’s monumental E minor Piano Sonata, ‘Night Wind’, its title taken from a poem by the Russian romantic poet, Fyodor Tyutchev, which asks “What are you wailing about, night wind, what are you bemoaning with such fury?” and entreats the element to “not wake the sleeping tempests, beneath them Chaos stirs!” Hamelin has recorded all of Medtner’s piano sonatas for Hyperion.

The Sonata’s single movement divides into two thematically connected allegros. The first part may be the longest in 15/8 meter in the repertory. Its generally contemplative character has elements of epic narrative delineated into sections separated by the descending triplet figure with which the work begins. The second part is an enormous fantasy built upon punishingly difficult passages that unremittingly propel the music through tortuous bypaths to a monumental climax. The premise of the work is the conflict between mounting waves of tension and moments of tender lyricism. Finally, the storm seems to abate, even while threatening to rise up again. But the “world of the soul” is victorious, and the raging wind flies off abruptly as the work concludes. Hamelin fortified rapid passages with enormous power and chilling intensity while capturing contrasting soulful pages, crafting a deeply moving and brilliantly executed performance that will remain in the memory.

After intermission, the second set of Schubert’s Impromptus. Although all four were written independently in 1827, the year before the composer’s death, Robert Schumann perceptively suggested that they might be linked to form a sonata. To some extent their sequence may suggest that: Allegro moderato (F minor), Allegretto (A flat), Andante (B flat) and Allegro scherzando (F minor). In the first piece, Hamelin combined grace and ease of execution with a strong sense of the dramatic. He began the well-known second Impromptu in a rather dreamy mood, but imbued the second theme with stentorian strength. The free-flowing lines of the middle section were treated elegantly, yet with emphatic accents. Hamelin glided over the keys with charm in the third piece, evoking the whimsy of the second variation, the tragic passion of the third and the rhapsodic character of the fourth. His refined treatment of the witticisms that make the arabesque-like final Impromptu so beguiling was simply delightful.

Hamelin treated us to three encores: a delicate, bemused reading of Debussy’s ‘Reflets dans l’eau’ from Images (Series I); Hamelin’s own, uproariously funny, version of Chopin’s ‘Minute’ Waltz (which he calls ‘Minute Waltz in Seconds’); and Paul de la Schlözer’s Etude in A flat, which, though Hamelin suggested its popularity with pianists, is nothing more than pastiche romanticism.