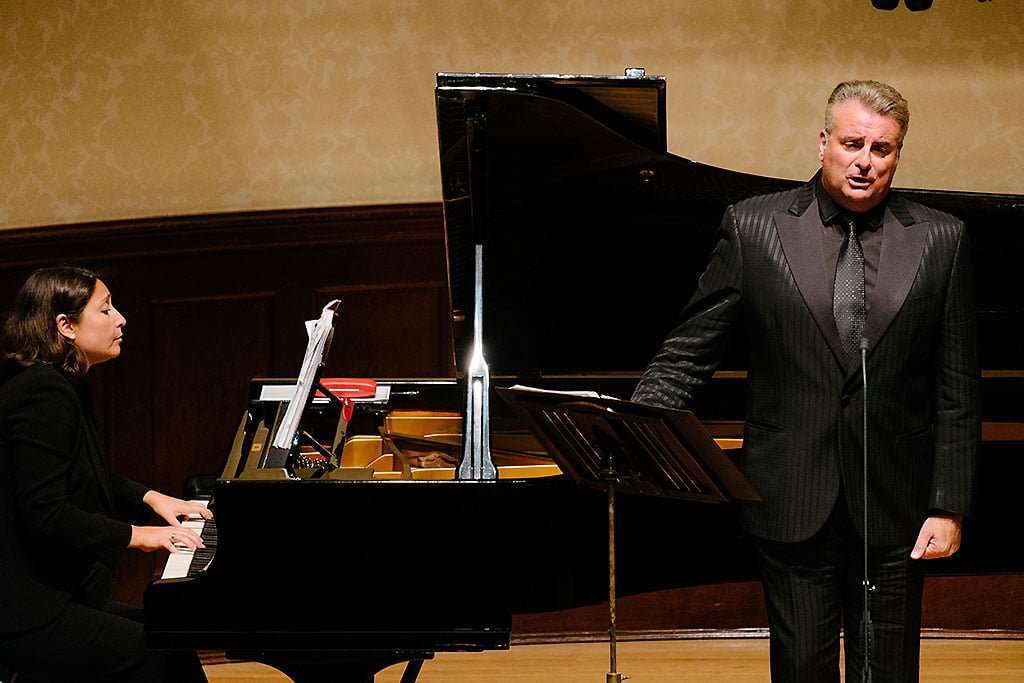 So, after all those invaluable London debuts for promising young singers, those fresh-faced, highly skilled coloratura sopranos, those intelligent and learned baritones with command of numerous languages and styles, all ultra-professional, not to mention the occasional veteran or member of the existing elite, ironically what it came down to at this, the final recital of the 2014-15 Rosenblatt Recitals Season was the most basic interaction of them all, that between a powerful tenor and an audience eager to be thrilled by him.

Marcello Giordani (by his own admission a singer of 32 years vintage) is the owner of a genuine spinto voice which he deploys with the common touch. One could only wonder why he seems largely to have missed all the hype associated with the so-called Three Tenors. It cannot have been because of any weakness in voice production: the soundness of his technique was to be heard in the opening Bellini songs, which have been rather oddly programmed by several of his counterparts in these recitals lately. I can only suspect that the singers wish to promote their own good taste and an element of versatility. To me it just sounds like a mismatch.

A voice such as this finds its natural mode among the high notes and the vocal brute strength of Italian musical eroticism. In the event, though, Giordani was one of that band of voices which my erstwhile record supplier described as “noisy tenors”. ‘In-your-face’ might be the modern vernacular phrase. This was a matter of sheer volume. Few contemporary male singers from the operatic stage can sing as loudly as this, yet Giordani never sounded uncomfortable and his tone was sufficiently rounded to gratify the listener at all volume levels. There were even hints of refinement and targeted soft singing to report, especially in the Tosti pieces. This was no Mario Del Monaco, a tenore di forza with a god-given voice but misguided ideas of style.

The audience needed little persuasion. One vote from the crowd registered a bravo after ‘Malinconia, ninfa gentile’. Consequently each song which succeeded it had to be greeted with more rapture than the one before. Never can Bellini’s gentle little ‘Ariette’ have evoked such excitement. 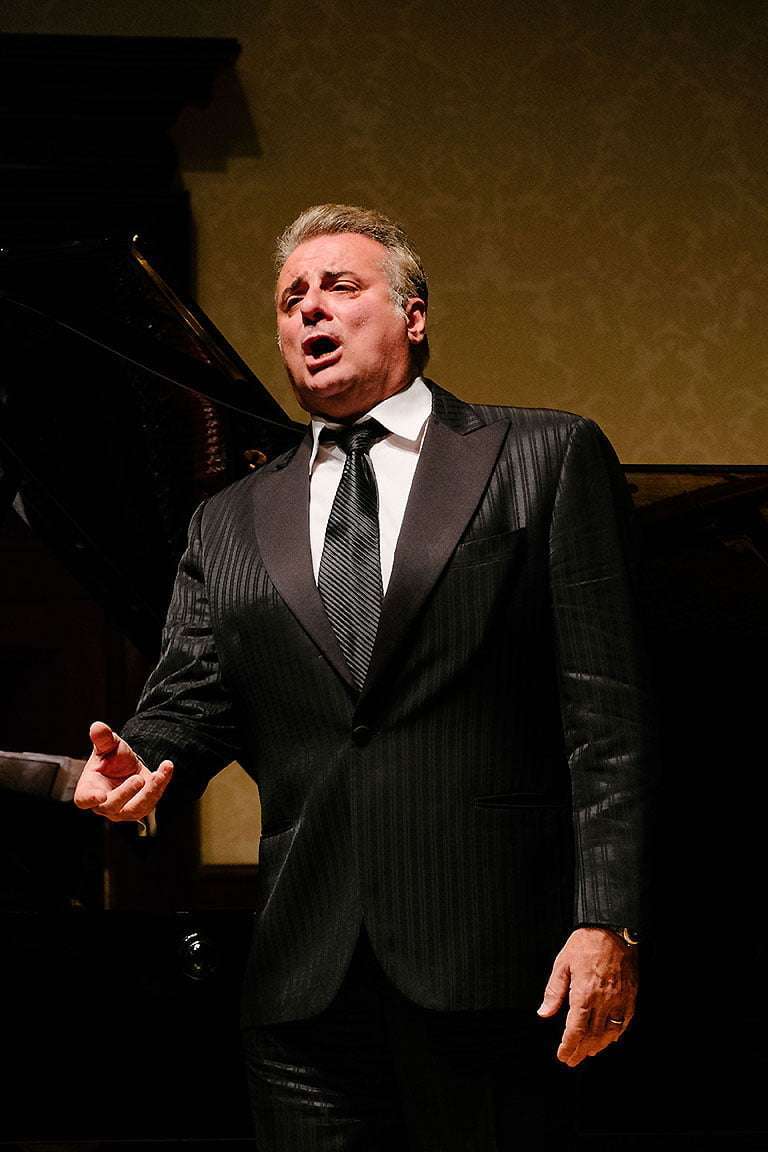 I would have to confess that the concert lacked much in the way of substance. The performers seemed unsure of their programme! A number of items were omitted from the published agenda, others misplaced and last-minute additions made. Giordani was an endearing master of his own ceremonies, seemingly at home with an audience who could be brought to its feet by a decent dose of ringing top notes.

The musicians were practising late in the day; the presence of no more than a single raw note from Giordani in the opening Bellini number suggested that it had paid off. This certainly was not one of those songs in which the singer and pianist play equal shares in the performance. Just occasionally the endings were a little insipid, revealing some lack of the requisite tension, a fault which was quickly overcome. Macrì Simone was not a conspicuous accompanist but did not let the side down.

In ‘Donna non vidi mai’ it was easy to see why the part of Des Grieux is so popular among tenors; how comfortably the music sits in the right areas, as cricketers are now wont to say. ‘Mentìa l’avisso’ is seen as an early draft for ‘Donna…’; indeed the singer cleverly let his reading segue into the aria itself. Simone came into her own in the darkly melancholic keyboard part which characterises ‘Mentìa l’avviso’.

What a shame that Giordani did not carry out his intended Verdi. They were replaced with a number of well-known songs reflecting his Sicilian heritage. We were left wondering how his spinto instrument would cope with the demands of the two Verdi arias advertised, both lyrical and dramatic (both with long recitatives).It is frankly irresponsible to make so many amendments to a published programme except under emergency conditions which these certainly were not.