Stravinsky
The Firebird
Petrushka [1911 version]
The Rite of Spring 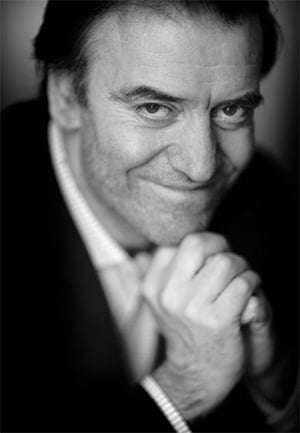 As Valery Gergiev is a well-known supporter of Russian President, Vladimir Putin, he has been under pressure in New York to speak up against the institutionalization of homophobia in his homeland by criminalizing the discussion of homosexuality. After earlier protests at the MET’s opening night performance of Eugene Onegin, a group of activists had taken up position in front of Carnegie Hall. Carrying a 60-foot rainbow flag which read “Support Russian Gays” they chanted slogans and handed out leaflets. The protest continued inside the Hall as well, with four members of the LGBT rights group Queer Nation shouting from the balcony “Gergiev, your silence is killing Russian Jews” and other, unintelligible, phrases, to which the audience reacted with applause as well as boos. Meanwhile the conductor stood motionless in front of the Mariinsky Orchestra, poised to start the performance as soon as the protesters were escorted out.

While the complete 1910 Firebird score has entered the mainstream repertory – championed by conductors such as Pierre Boulez – it may be surprising to learn that it was first performed at Carnegie Hall as late as 1974, by Lorin Maazel and the Cleveland Orchestra. Featuring a very large orchestra, which the composer later called “wasteful”, reduced in his Suites of 1919 and 1945 (1911 retains the full resources), it has been described as “the one great bridge between Romanticism and modernism in Russian music” (William Zakariasen). From the very beginning Gergiev placed the emphasis on the Romantic element, much of it betraying the influence of Rimsky-Korsakov. Although – understandably after the aforementioned tumult in the hall – the opening, spun out in long lines by the low strings, was far from pianissimo, it still managed to convey the mysterious ambiance of an enchanted garden. When interpreting stage-works, whether opera or ballet, Gergiev has a marvelous talent for bringing out the inherent drama and atmosphere of the music. Throughout this sprawling score, here about 46 minutes, he kept the audience engaged; among the highlights were the tenderness (even allowing for minor ensemble issues) of the ‘Khovorod of the Princesses’ and the excitement of the ‘Infernal Dance’.

Here and all evening balances were well calculated, the numerous wind and brass solos not only technically well executed, but also played with perfect characterization. It would be unfair to single out specific performers, as all soloists proved to be excellent. The same can be said for the full sections – strings which produced both a shimmering and a full, rich sound; well-matched woodwinds, precise brass, and exciting percussion. While we may take proficiency for granted with a major ensemble, it is worth remembering that it is no mean feat to perform three such challenging works at top level in a single evening. With two intermissions, the concert ran to more than three hours, a challenge for orchestra and conductor alike.

Gergiev, eschewing a podium (like Rozhdestvensky) as well as a baton, evidently thrives under such conditions. Between two productions at the Metropolitan Opera (Onegin, and The Nose) and the current North American tour of the Mariinsky Orchestra he has been conducting practically every evening since late September. Eminently engaged he not only negotiated the myriad meter changes and other complexities effortlessly, but imbued each of the three ballets with its individual voice. Petrushka was shown as a precursor to Stravinsky’s later neoclassicism, while in The Rite of Spring, although he ended with a slow-ish and almost anti-climactic ‘Sacificial Dance’, Gergiev otherwise emphasized the primitive elements of the score.

2013 marks not only the centenary of the “Riot of Spring” but also the bicentenaries of Wagner and, on this very day, Verdi. Gergiev marked the occasion with a most appropriate encore – a fleet performance of the Overture to La forza del destino, which received its premiere in St Petersburg.