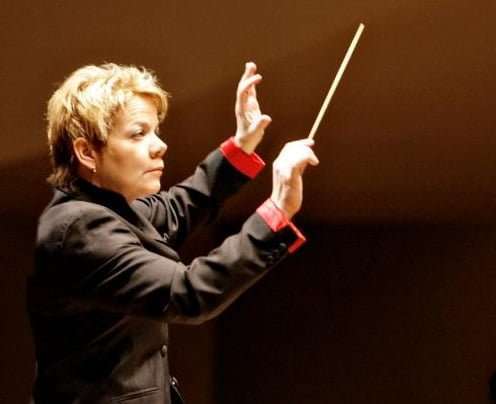 Johannes Brahms burst into the Schumanns’ lives, quite literally, at 11 o’clock on 1 October 1853 (he’d missed them in Hamburg three years earlier, and only arrived in Dusseldorf on 30 September but Clara, née Wieck, and Robert weren’t in, so he came back the following morning). Bowled over by the “veiled symphonies” that were Brahms’s three early and only Piano Sonatas (his Opuses 1, 2 and 5), Robert Schumann declared in print that the future of music had sprung from nowhere in the shape of Brahms. But just five months later, on 27 February 1854, Schumann tried to drown himself in the Rhine, and thereafter – until his death two years later – he was confined in a sanatorium. Clara and Brahms remained the closest of friends and confidants until their deaths (within a year of each other) in the 1890s.

Robert Schumann’s final work, the Violin Concerto, composed in two weeks between September and the first day of 1 October 1853 (and fully orchestrated just two days later), curiously coincides with Brahms’s first visit, although it was not to see the light of day for another 86 years, as Clara (with the agreement both of Brahms and the work’s intended soloist, Joseph Joachim) forbid publication and performance, presumably wanting to safeguard his reputation, as the Concerto was regarded as unorthodox. While – seemingly – it required a ghostly Schumann to contact Joachim’s great niece via a Ouija Board to unearth the manuscript in the Prussian State Library (resulting in a Nazi plan to take over the belated premiere – to be the subject of a forthcoming novelisation by Jessica Duchen), there was obviously something about the Concerto that appealed to Brahms, as he used a theme from its slow movement in his piano/four-hands Variations, Opus 23. 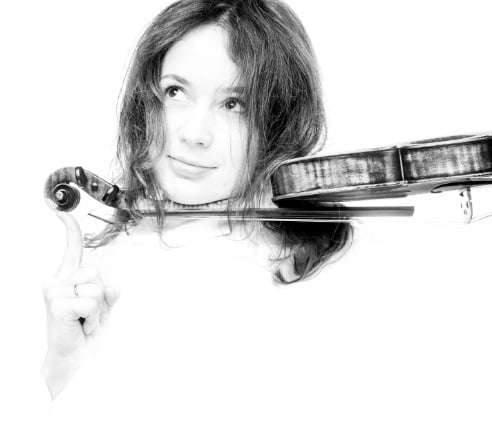 All of which goes to show how well-programmed this concert was, beginning with Brahms’s Haydn Variations (the Theme not by Haydn), dating from some twenty years later, 1873, and nicely moulded by Marin Alsop, making a lyrical, rather soft-grained, generous opener. The OAE’s woodwinds were both subtler and more individual than modern instruments, offering gentler, more graded timbres to the opening ‘St Antony Chorale’.

Real madness – chiming in with the Southbank Centre’s current festival, Changing Minds – came with Schumann’s Violin Concerto. There could be no doubting the commitment of bare-footed soloist Patricia Kopatchinskaja, who (silently) mouthed her way through the fevered orchestral introduction, snatching glances at instrumental departments at their entries, as keenly as Alsop’s baton brought them in. Kopatchinskaja’s belief in the Concerto was total. Here was an artist fully at the beck and call of the composer, and had accompanists to match. The sforzando broken chord at bar 159, introducing the strange, stage-whispered central episode, followed by eerie triplet figuration, provided the very contrast that commentators said was lacking, so this first movement had both bite and propulsion. Perhaps the slow movement (with its gently off-beat rocking accompaniment) and dancing final movements aren’t as successful, but this partnership proved that this Violin Concerto should have a much more stable foot in the repertoire.

There were two encores, simply announced by Kopatchinskaja as “György Kurtág”. Both required OAE-leader Matthew Truscott’s participation; in the first interrupting with single grating notes in an attempt to force Kopatchinskaja to change key (obviously ignored). I can’t place this in Kurtág’s Kafka Fragments – not ‘The Flower Hung’ Dreamily’, a homage to Schumann (so it would have been appropriate) – but the second encore was definitely from the set: ‘Restless’, as announced loudly by Truscott at the start.

After the interval, Schumann’s ‘Rhenish’ Symphony was given one of those wholly satisfactory performances to leave one exhausted and exhilarated by the end. Can you argue that Schumann’s imminent madness is already apparent? The sleight of rhythmic hand that forces what seems to be a two-beat theme into three beats (here taken in one-to-the-bar by Alsop) remains a thrilling masterstroke in the first movement, making the ensuing movement’s triple beats effortlessly more relaxed. Again the piano wind chorale (clarinets and bassoon) at the opening of the slow movement sounded more organic to the music than with modern instruments, while the trombones made their delayed entry to the Symphony known in the evocation of Cologne Cathedral in the next movement, before the festivities of the Finale.

Marin Alsop, an associate artist of the Southbank Centre, was greeted with enormous affection by the audience. Long may her association with the OAE continue.