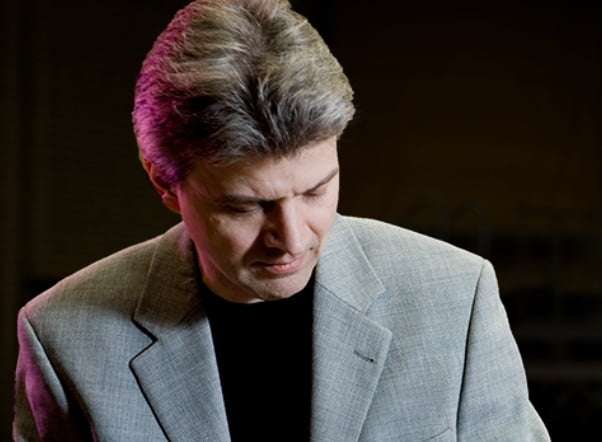 On paper, a programme which seemed somewhat oddly juxtaposed and titled (just half the pieces played referred directly to opera) proved to be far more than a collection for specialists. Mark Bebbington may have a reputation as a British-music champion – of which he is, no shame in that – but this recital (the first of three themed recitals to be given at St John’s Smith Square) demonstrated further less-appreciated aspects of this wholly gifted artist’s musicianship.

The three Scarlatti Sonatas were no limbering-up exercises, as they can appear to be from many pianists, but genuine musical expressions – especially the mainly contemplative B-minor Sonata, with Bebbington surely demonstrating that this music sounds more expressive (without ‘interpretation’) on the modern piano than the composer’s harpsichord. Bebbington’s sense of line, of such emotion as the music contains being fully controlled yet always apparent, was impressive; and his phrasing in the outlying faster Sonatas was a joy to behold.

A change of century, scale and genius brought the B-flat Sonata of Schubert. From the first pages, it was clear that Bebbington was in total sympathy with this masterpiece, for he did not separate the long phrases which begin this work, as so many pianists do, but forged them into longer and more coherent structures, demonstrating with fine artistry Schubert’s inherent breadth and warmth. Here was compelling, almost mesmerising, Schubert-playing. Throughout this magnificent composition, the elements of serenity and nobility, alongside the undercurrent of melancholy, so finely expressed in the great Andante sostenuto, and set against some of the composer’s finest melodies, were masterfully controlled with total integrity by Bebbington.

The second half brought the operatic quartet; different, of course, but masterfully juxtaposed in readings of total command and sensitivity. Bebbington’s range of dynamics was truly astonishing, from the most fearsome ffff to the barest gossamer touch – all put at the service of the three composers who had in turn inspired Liszt’s re-compositional and technical genius – performances which truly raised these works to a far higher level of musical and expressive compulsion that is customarily encountered.