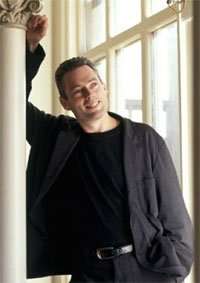 From what Mark Padmore, in his note in the programme, calls “the jaunty, carefree opening” of ‘Das Wandern’ to the final song ‘Des Baches Wiegenlied’, we were led through the hopes and dejection of the young man and his love, or is it more like teenage infatuation, for the maid of the mill almost as though we were being shown his private diary. In this extremely intelligent interpretation of “Die schöne Müllerin”, Padmore’s youth was an inward-looking fellow, and one could understand why a brook was the chosen recipient of his thoughts rather than another human being. It was almost a reverie.

The freshness of youth at the beginning of the cycle was well conveyed, as in ‘Wohin?’, with the light touch of Padmore’s voice reflected in the gentle rippling of the stream in Till Fellner’s sensitive accompaniment. Singer and pianist really did perform as one. The many contrasting colours in the tone in ‘Am Feierabend’ were to be a feature of all the songs, with much effective use made of a clear head-voice, all adding to the introversive approach. A hint of strain on the two high notes in the first stanza of ‘Ungeduld’ was limited to that one verse, then all was well, and in ‘Morgengruss’, so eloquently shaped, Padmore’s singing to the girl from afar, unheard by her, was given a sweet, almost withdrawn tone, as though the young lover was merely thinking aloud. 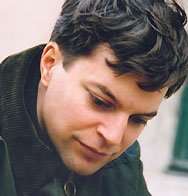 The young man’s confidence increases as he convinces himself that the beloved maid is ‘Mein!’, to which Padmore and Fellner brought a fuller sound, and all was well with the young lover’s world. Then the hunter is spotted nearby, and that world and his dreams begin to collapse. ‘Der Jäger’ was the one unsatisfactory element: taken at a speed at which Padmore’s words were unclear, poorly articulated, so that one heard a mush of sibilance. Fellner experienced no such lack of clarity in his fingerwork.

In ‘Die liebe Farbe’, the youth’s realisation that he has lost leads to thoughts of death, and Padmore introduced a sadder tone, for there and in ‘Die böse Farbe’ the initial sinking feeling is replaced by a blanket of hopelessness. The thoughts became ever more inward, the piano even more plaintive. Young people often seem unable to look beyond the present. Padmore’s young miller saw nothing in life without this woman, a woman who had not even reciprocated his feelings. In ‘Trockne Blumen’, the man’s self-pity was made all the more desolate by the restraint of the two performers. Both of them captured the pathos of the penultimate song, ‘Der Müller und der Bach’, in which Padmore virtually serenaded the brook, following it with the water’s lullaby sung with delicacy.

The greater part of the cycle, given with much introspection, saw the young man’s anguish drawing sadness rather than rage. Padmore’s voice was so well placed, his tone so focused, that even his quietest singing could be heard clearly. From the young miller’s enthusiasm to his inconsolability, one felt in Padmore’s singing and Fellner’s playing that one had just been eavesdropping, so convincing was their performance.

This was the first of three Schubert evenings with Padmore, although in each of the other two he will have a different partner.