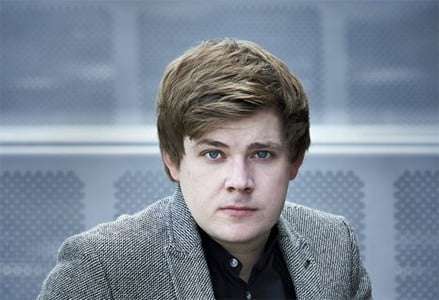 It was a refreshing change to hear contemporary music at the head of this BBC Radio 3 Lunchtime Concert. Clarinettist Mark Simpson commissioned Gavin Higgins (born 1983) to write Three Broken Love Songs in 2006, with the aim of bolstering the repertoire for basset clarinet. The composer responded with a short suite of highly inebriated pieces, owing much to George Gershwin for their initial inspiration but also with Blues as a prominent component.

The first piece, the bellicose ‘Two bottles of wine later’, was every bit as loud and brash as its title suggests, and had sound-effects on the piano that suggested the subject was bumping into furniture in the course of his blundering, especially as Simpson’s response was a shrill fortissimo. If by the end these sounds felt rather contrived, the ambling gait of ‘Three’s a crowd’ was more effective, though this too became increasingly raucous due to the clarinet’s disruptive riffing. Finally there was time afforded for reflection in ‘Love Hurts’, offering some balance to the triptych as a whole.

Herbert Howells’s Clarinet Sonata marked the publication of his last completed chamber music work in 1946, even though the composer still had another 37 years to live, time devoted largely to the composition of music for the church. 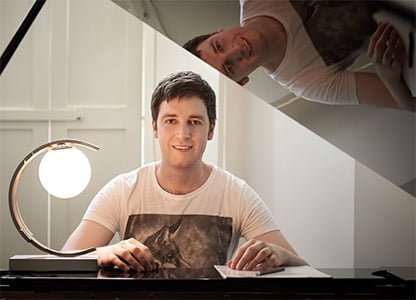 The Sonata is an attractive piece and not without substance, particularly in its seven-in-a-bar theme, which was a little tentative to begin with here but rather lovely when it returned in the second of its two movements. Simpson and Richard Uttley gave an authoritative account of the piece, with admirably incisive rhythms when required. Here Simpson was in ebullient form, Howells too, with virtuosic writing that was entertaining if a little harsh in timbre. However the return of the dreamy first-movement theme, signalled by a wonderfully controlled high note from Simpson, enabled a thoughtful start to the coda before the pair wrapped things up with some panache. It was good to be reminded of Herbert Howells’s compositional acumen.

Brahms’s autumnal late period is dominated by works for the clarinettist Richard Mühlfeld, of which the F minor Sonata is a rather moody example. Simpson and Uttley were most effective in its quieter, more reflective moments, particularly the hushed playing of the Andante. This was more intense than the first movement, whose main idea was a little awkward in trajectory and needed the performers to impose more of the appassionato Brahms calls for. The third movement waltz was well played, its conventional lilt questioned by Uttley’s syncopated piano part, while the finale was exuberant – off the leash – and not without reminders of the troubled harmonies of earlier on, Simpson and Uttley achieving a good balance at the close.