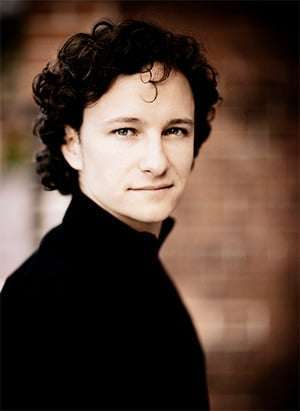 Martin Helmchen is an astonishingly complete musician. I wonder when I was last so blown away by a performer. He has it all – a technique that embraces a seemingly limitless range of tone, touch, colour and dynamics, underpinned by formidable stamina and lightly-worn virtuosity. That would be enough for many a pianist, but Helmchen is graced with the sort of insight and fierce intelligence that goes deep into the character of music and throws it into the audience. You wouldn’t think that his slight frame could contain such reservoirs of power, but you instantly had that hit of recognition, that here is an artist who knows his worth.

J. S. Bach’s D major Partita is the grandest of the six. Helmchen launched into the French-style ‘Ouverture’ under full sail, yet not so grandiloquent that its rhetorical display wasn’t aerated by his nimble and organically phrased playing. His style dissolved magically into the long veil of the ‘Allemande’, which became a sort of baroque ‘Pli selon pli’ (Fold upon fold); and in the ‘Sarabande’ I was overwhelmed by the refinement of his taste – it became an apotheosis of the dance, but in reverse, in the way that Helmchen gave us just the ghost of a metre to anchor the music’s abstraction. This was seriously transcendent Bach-playing, with a remarkable play of moods, culminating in a ‘Gigue’ fugue of thrilling articulation, with a left-hand tightrope of awesome energy and flexibility.

You got even more of the measure of his musicianship from the artlessly direct way Helmchen realigned himself to the nine sections of Waldszenen, conveying with eerie precision Schumann’s inimitable way of implying larger possibilities within homely German imagination – an ‘Eintritt’ (Entrance) that could so easily veer off the beaten track; the incisive dissonances that Helmchen so skilfully pointed to reveal not just the fragility of ‘Einsame Blumen’ (Solitary Flowers) but of life itself, bubbles of loveliness that so easily pop; a wonderfully angular ‘Vogel als Prophet’ (Prophet-Bird) that had a prophetic hot-line to German expressionism almost a hundred years before its time; and a sublimely tender ‘Abschied’ (Farewell) in which, uncannily, Helmchen summed up our forest experience at the same time as universalising it, such is his expressive breadth.

It wasn’t so long ago that serialism ruled the contemporary roost, yet here was the condensed intensity of Webern’s Variations – which took the composer a year to get its six minutes onto paper – sounding like a lapidary object of a now historical style. Helmchen presented its silences, limping phrases and plangent melancholy with crystalline control and clarity, making sure that we heard the crucial significance of a repeated note, and shaping the last of the three movements to a close of exquisite tact.

I’m still peeling myself off the ceiling after his incandescent performance of Schubert’s ‘Wanderer’ Fantasy, which had a concision that Webern might have admired, but used to very different ends. Helmchen was master not only of its unflagging surge of power, but also of its emotional reach – from youthful optimism, to Winterreise-type retreat, and an epic conclusion. His range of colour was incredible, putting Liszt’s orchestration of the work into the shade, and the technical demands had electricity pouring through them – left-hand octaves that rippled with muscular control and the most thrilling sequence of arpeggios before the opening of the finale’s fugue – a climax of earth-shattering heroism – that it’s been my fortune to hear. For an encore, Helmchen cleverly wrapped up this survey of German keyboard music with a return to Bach, his chorale prelude ‘Ich ruf’ zu dir, Herr Jesu Christ’, in Max Reger’s dignified transcription. What a great recital.