[both sung in French, with English surtitles]

Members of the Guildhall School of Music & Drama
Timothy Redmond 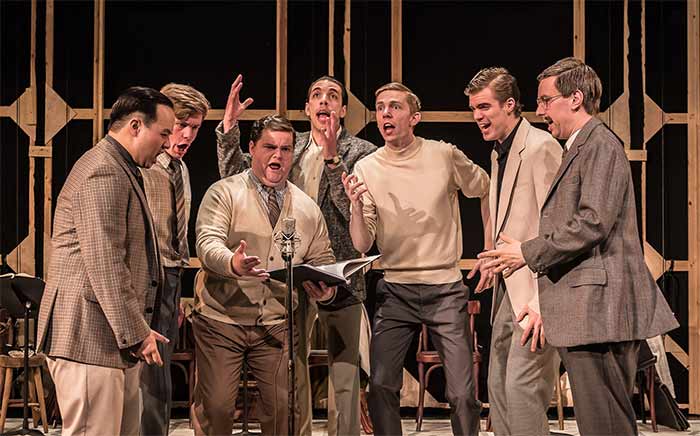 Rare repertoire indeed. The Guildhall School, in putting on these two short Martinů operas, reveals great forward-thinking. The pieces are very contrastive, both in subject matter and feel, with the Greek myth of Theseus (set in a recording studio) set against a frothy farce that seems on one level to reference Così fan tutte and on another embraces Monty Python.

First, Ariane, from 1958 (the penultimate year of the composer’s life), a “psychoanalytical take” on the myth of Ariadne and the Minotaur. The present production takes as its inspiration the fact that Martinů immersed himself in the recordings of Maria Callas, an act that affected his writing for the part of Ariane; hopes of Callas singing it never materialised. Director Rodula Gaitanou sets the opera in Paris’s Salle Wagram, an important recording venue in the 1960s, taking a lead from photos of Callas recording Carmen there in 1964. Gaitanou reveals the machinations behind the recording (“love affairs, recording engineers and endless cups of tea”). Art and life become one, particularly as Callas sings the long aria “Je respire une dernière fois” (I breathe one last time). 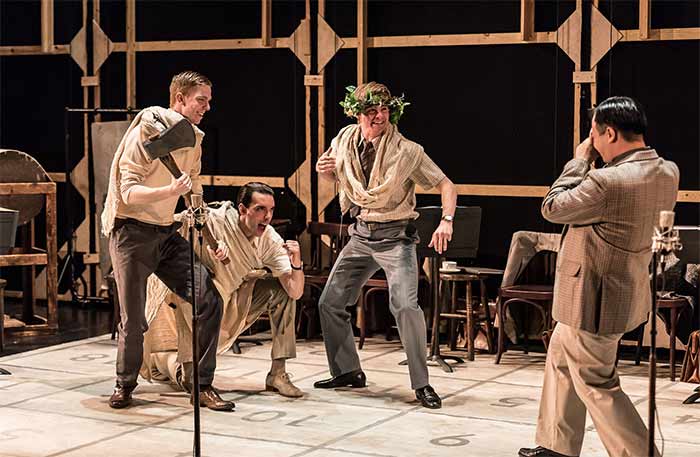 The action begins a while before we hear the first notes of the score; as the orchestra tunes (a side-drummer sounding like it is practicing Nielsen) and the lights remain up, the characters enter, Callas unmistakable in her dark glasses, dripping charisma. We hear snippets of “Recondita armonia”, and other Tosca-based warm-ups before the bright light of Martinů’s own score invigorates us, its French-influenced world unmistakable.

The set is divided so that spaces at the front or middle of the stage harbour the singers; around the back, the engineers and producers move around, fiddle with machinery, conduct along, provide sound effects for the ‘recording’, and chain-smoke. An orchestral interlude is cleverly filled with a photo shoot.

Josep-Ramon Olivé was a fabulous Theseus, his voice strong and rounded; but stealing the show was the Ariadne of Nicola Said (currently a student of Yvonne Kenny). The pathos of her final aria was little short of magnificent, and she entered into the spirit of Callas perfectly. Bright-toned and expressive, and blessed with excellent stage presence, she captured our hearts. Milan Siljanov, who like Olivé was to reappear, reinvented, in Alexandre bis, was a confident Minotaur (doubling as “L’homme aux chevaux blancs”). The five Garçons, a commenting chorus, delivered their lines with tautness. It was this sense of being completely on the ball that reflected the performance as a whole, thanks to the conducting of Timothy Redmond. The orchestra, on fine form, followed him with exactitude; the score was crisp and frequently delightful. 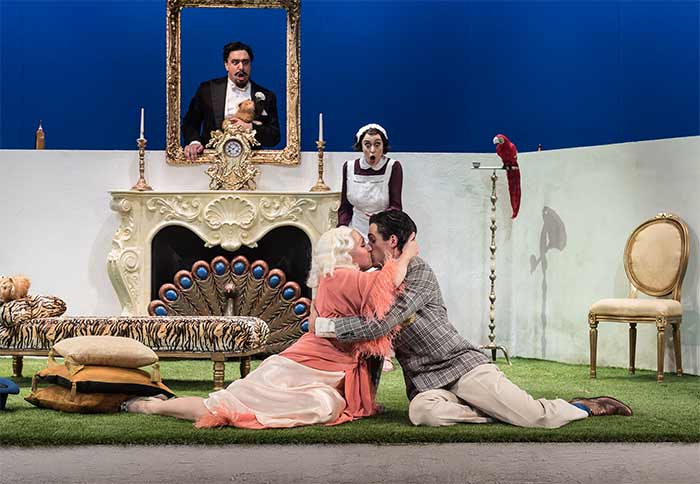 Perfectly complementary, Alexandre bis, or ‘The Tragedy of a Man who Had his Beard Cut (1937) froths and fizzes its way through its short duration. In recognition of this, the lighting (superbly done in both pieces by Simon Corder) is brighter and full of whites and primary colours. Olivé takes on his part with the demeanour of a Hugh Laurie coupled occasionally with the freneticism of a Basil Fawlty; a talking portrait (echoes, surely, of Harry Potter: it becomes even stranger when one considers the original idea was for a talking cat, and indeed the portrait is shown stroking a stuffed feline), taken by the excellent Milan Siljanov, adds hugely to the fun – the portrait’s hat has its fair share of adventures, too.

The story is that of a test to the fidelity of Armande, wife to Alexandre. So Alexandre disguises himself as his American cousin, seducing Armande. Also commenting on the action is the petite and coquettish maid Philomène, a kind of Despina figure. Models of Parisian landmarks, including the Arc de Triomphe, are positioned around the back of the main space. The music is wonderfully fresh, hinting at Poulenc. Elizabeth Karani was a superb Armande, but Bianca Andrew came close to overshadowing her as Philomène. The part of Oscar, Armande’s long-term lover, was taken with aplomb by the bicycle-riding John Findon. All characters threw themselves into the fun, and the result was pure joy. Set in Paris at the time when it was written (in the years before the Second World War), the inspiration for the set is a 1930 Le Corbusier roof garden decorated by Dali (Martinů lived in Paris from 1923 until 1940). Again, a terrifically inventive and successful realisation.

A triumph for GSMD; and a real privilege to experience these fabulous pieces.