Interspersed by Improvisations on electric cello

The music of J. S. Bach lends itself extremely well to improvisation, more than any other music, and it continues to inspire imitation and meditation in many different musical forms. 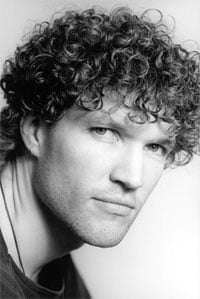 Matthew Barley’s approach to Bach falls somewhere in between classical and the ‘ambient’ music employed by figures such as Brian Eno and William Orbit. With his thoughts clearly set out in an accompanying programme note, Barley also addressed the radio audience before this BBC Radio 3 Lunchtime Concert, ensuring those at home knew what they could expect.

The object of the concert was to present a Prelude from each of Bach’s Cello Suites, interspersed and linked with meditations on their content, primarily their rhythm and mood. These interludes were performed on Barley’s electric cello together with a laptop, a rare site in the Wigmore Hall! The Preludes themselves were given authenticity on a 1791 Cesare Gigli instrument, Barley performing with the bow held towards the middle of its length.

The cellist’s wish was to take Bach’s rhythmic impetus as a starting point, noting that each Prelude stresses a constant rhythmic pattern. This he portrayed in relatively straight performances, deviating a little from the printed page where appropriate, but not shaping the overall melodic or harmonic structures as much as he might have done. There was a notable lack of momentum at the start of the Prelude to the Sixth Suite, with the triple-time rhythm initially hard to discern. The Fifth followed a brief pause for re-tuning, though acquired a sense of gravitas in its complex fugue.

The improvisations, each a response to the preceding Prelude, worked well to unite the concert as an unbroken cycle. While Barley had pre-programmed some electronic sounds these worked as mood-dressings rather than audible parameters, and so his thoughts unfolded naturally, free from premeditation. The third meditation was particularly dreamy, while the last, and most effective, progressed from pinpricks of pizzicato to double-stopping that sounded like a pair of tenor saxophones played softly, arranging itself naturally for the last of the Preludes with which the cycle finished.

Sometimes the sounds used by the electric cello suggested birds circling slowly above, while other, lighter moments built to make a web of notes briefly hinting at textures used by Steve Reich in Electric Counterpoint. In the second improvisation, this helped to emphasise the dance forms used by Bach elsewhere in the Cello Suites.

It helped that the improvisations were concise and were in respect to the music around them. Barley was not helped, however, by an occasional high-pitched hum, sufficiently off-putting for him to stop and ask the BBC to intervene. That he was able to restore the contemplative mood so quickly spoke in favour of the impact made by his own musical thoughts.